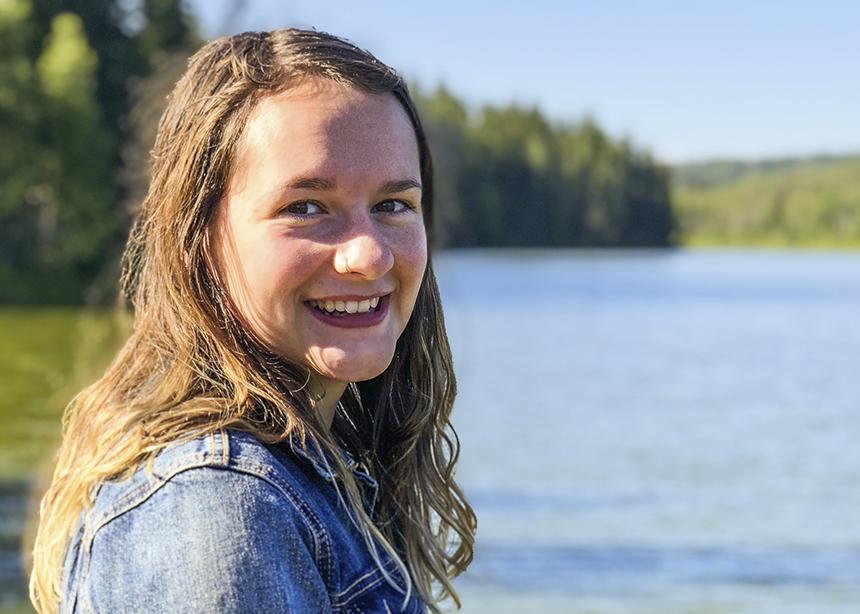 A group of Mennonite young adults from Alberta has been gathering on Zoom for six Sundays in a row to learn about engaging with “the other.” Topics included “Engaging the religious other,” with a focus on Islam, and “Engaging the culturally other,” with a focus on connecting with people from other races and cultures, and exploring cross-cultural experiences. The final meeting was held on June 28, wrapping up with “Asset-based community development” or engaging “the other” in the neighborhood.

According to Rebecca Janzen of Edmonton First Mennonite Church and a graduate of Canadian Mennonite University in Winnipeg with a bachelor’s degree in biblical theological studies, “ ‘The other’ is a term that can be used and interpreted many ways. We intentionally wanted a term that was vague, to leave the conversation open to discussing different cultures, religions and racial inequalities.

“As Christianity in North America has been shaped by, and built its image around, the white church, there are many people who have been silenced and hurt by the dominant image of the church as white,” she says. “Using the term ‘the other’ refers to those outside of the white church, those that we, as Christians, must listen to and be allies with. Seeing as North American society has not been built for ‘the other,’ we, as Christians, must follow the example of Jesus . . . walking with, supporting and being voices for those whom society has deemed as an outcast.”

Each two-hour meeting was hosted by Janzen; Jon Olfert, director of Camp Valaqua; and Donna Entz, director of Mennonite Church Alberta’s North Edmonton Ministry. Guests were invited to share about their experiences, and then participants were separated into break-out rooms for discussion and questions.

Ethan Haluza-DeLay, a global and international studies student at Carleton University in Ottawa and a long-time member of Edmonton First Mennonite Church, attended all six sessions. “The theme was generally about how to engage with people ‘not like us’ with a focus on acceptance, understanding and intentionally seeking out others,” he says.

One of his favourite discussions was “Becoming an ally to the oppressed.” “It was so timely,” he says. “We’re all talking about this right now, and it was thought-provoking and impactful. I appreciated having a safe space to talk and share openly with people I knew from camp and my community.”

Another conversation that stood out for him was a discussion about Mennonites and how “we’re not necessarily as welcoming as we might think we are.” Participants wondered if historically European Mennonites have now become too exclusive, as most of their churches are predominately white.

Dayna Goerzen of Bergthal Mennonite Church in Didsbury, Alta., also attended all six sessions. She is currently working towards a bachelor of education degree at the University of Saskatchewan. Like most participants, she has worked at Camp Valaqua for many years. When she heard about the discussion series, she thought, “I love learning; this sounds sweet!”

For her, “Calling people ‘other’ can be dangerous. We have to be really careful,” she says. “If we think of people as ‘the other,’ it can sometimes create this idea that people who are different are bad. Everyone is equal.” She adds, “Engaging [with] and learning about people, like in this series, can help us see them less as ‘the other.’ We start to see we are more similar than we realized.”

A highlight for both Goerzen and Haluza-DeLay was Sabira Devjee, a Muslim whom they described as open and kind in her teaching about her faith. Goerzen says she never knew Jesus was mentioned in the Qu’ran, and she found her talk inspiring.

Like Haluza-DeLay, Goerzen found the “Becoming an ally to the oppressed” session a highlight. “It is important to be always reflecting on your own bias,” she says. “I was also reminded that being an ally is a verb, not a noun. The session reminded me to keep going, take action and not just when something is trending. If all you do is share things on social media, that will not change the world. If Jesus were here, he would actively be working for change. He wouldn’t just sit by.”

For Goerzen, this discussion series was about “learning, growing and being more open to people.” Like Haluza-DeLay, she says it was great to have like-minded people to bounce ideas off of.

Janzen was pleasantly surprised by the level of engagement and commitment when so many are tired of online platforms. Participants who knew each other as youth were excited to reconnect, as so many now live spread out across Canada.

Now that the series has ended, the group has set up a Facebook group so conversations can continue. 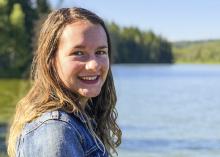 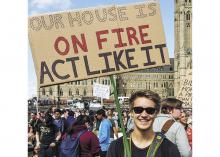