We shouldn’t be colour blind 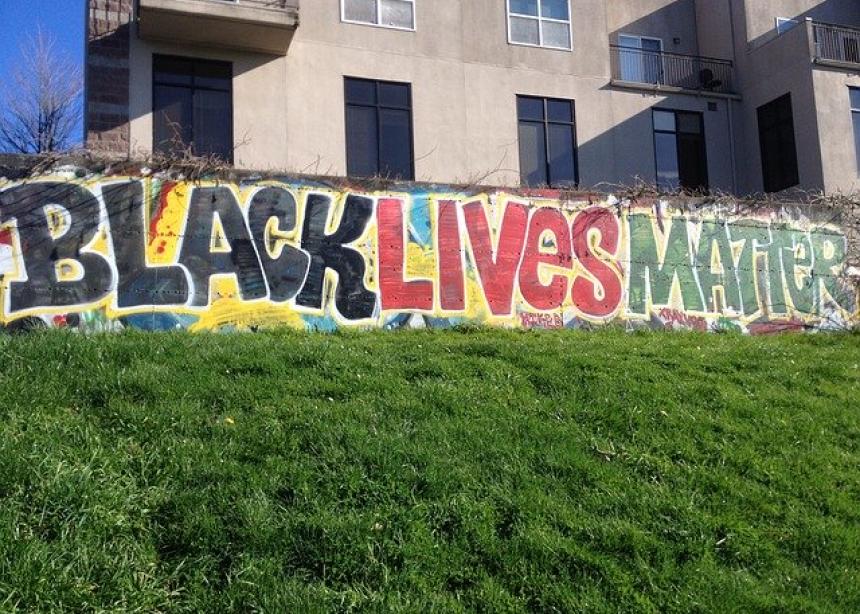 I’ve been embarrassed of my heritage for most of my life. I’m the son of immigrants who came from Germany and the Philippines. Even though I was born in Canada, I know that to many people, I look like I came from somewhere else.

That’s why I’ve always cringed when people ask me where I’m from. It’s never about where my home is but rather where my family came from. Saying “Canada” was never good enough, and that often made me feel like an outsider.

In my teenage years I would tell people that I’m a German-Filipino Canadian, but never mention that my parents are immigrants. That seemed to go over well, except for the odd Hitler joke or shock that it’s my dad and not my mom who is Filipino.

Toronto, the city wherein I grew up, is multicultural enough that I didn’t have to go into full details. But whenever I went to Germany and started speaking German, people would be so surprised that I would have to give them the whole story of how it came to be that I, a mixed-race person, can speak German.

I know that the story of my ethnicity pales in comparison to the stories of African Americans, Indigenous peoples, and other visible minorities in North America. I haven’t come close to experiencing the same kind of historical persecution or systemic oppression that countless people have had to endure because of the colour of their skin.

Even though I stand out in a white crowd, I carry enough privilege of other sorts to be able to navigate life without having to think too hard about my race. In fact, at one time, I used to think that race should be inconsequential and that I should no longer “see” race in my attempt to be a loving Christian.

In the last few weeks, as race relations have come to the forefront of social discussion around the world, I’ve once again started to hear people say that race shouldn’t be an issue and that they don’t even pay attention to it. "There’s only one race: the human race,” or “We’re all part of the same family: the family of God."

Although I appreciate these sentiments and trust that they come from a place of love, I believe we’re missing the mark when we try to live in such a way that neutralizes the concept of race. Since there’s so much racism prevalent in our world, I understand the attempt for unity by trying to wipe the slate clean and pretend that the things that make us different do not exist. On a fundamental level, I agree.

However, race itself isn’t the issue. It’s not a negative that we need to get rid of. The issue is that we’ve misunderstood God’s design of humanity. When that happens, we become blind to God’s call for diversity, justice and peace.

The Bible is absolutely clear that all of creation (and thereby all of humanity) is created good in the image of God. All life comes from God who has created the world with such amazing diversity and beauty. Each human is known and loved by God, and each human has inherent dignity and worth because they receive it from God.

No person is more valuable, more important, or more human than anyone else.

Any ideology that claims one race to be superior, more deserving, or capable than another is out of line with the gospel of Jesus Christ. In fact, the diversity of ethnicities shows the handiwork and creativity of God. The Bible tells us that, in the beginning, all life came from the same source; and at the end of all things, people from every background and language will gather around the throne of God in worship.

Any version of “Christianity” that is exclusive to one bloodline, race, or people is no Christianity at all.

When we claim to not see race, we become like the people of Babel (Genesis 11), who, in their misplaced ingenuity, tried to become one people in order to flaunt their human achievement before God.

In so doing, they ignored God’s command to multiply and fill the earth. As a result, God mixed their languages so that they would have to disperse in their own groups. This story reminds us that diversity was always God’s intention. When we try to erase it, we miss out on the foretaste of God’s kingdom.

Jesus clearly instructed the first disciples to “go and make disciples of all nations, baptizing them in the name of the Father and of the Son and of the Holy Spirit” (Matthew 28:19). Paul also teaches the Church that “[t]here is neither Jew nor Gentile, neither slave nor free, nor is there male and female, for you are all one in Christ Jesus” (Galatians 3:28).

The goal for the Church was never assimilation, but rather to demonstrate God’s penetrating love for all of humanity in its beautiful diversity.

Not only is there a danger to miss out on God’s intent for diversity when we claim to not see race, but we can also become blind to the injustices that stem from ethnic differences. Despite God’s clear instruction, there have always been some races that have hoarded power over others.

Throughout history, Christians have manipulated Scripture to justify racial superiority and the evils that came along with that. We’ve seen it in the systemic injustices and white supremacist groups that have been present in North America over the centuries.

If we claim not to see race because we believe that everyone is equal, then we also run the risk of not realizing our own racial prejudices or the inequalities that exist in our systems today. If we can’t point out the inequality, we will be without a response and miss God’s call for justice and peace. When that happens, we are powerless to change anything for the better, and the problems that have led us to yet another social boiling point will continue to divide us.

Instead of closing our eyes to race, we need to embrace God’s gift of diversity. We need to understand racial diversity as God intended it so that we can work for a world where our differences can be celebrated together. We need to see people for who they are, for who God created them to be.

When we do so, our eyes will be opened to the racial inequality that exists in our world and the divisive attitudes that live within ourselves. As we lean on Jesus, we will have the tools to respond with love and peace so that justice can prevail for all of God’s people.

We need to see race! For me, this began with coming to terms with my own story. It’s only in my adulthood that I’ve recognized my ethnicity as a good thing. Now when people ask, I’m proud to tell them that my parents are immigrants and that I’m a unique mix that I’m sure they will never guess.

I’m proud of who I am because I know that even if the world doesn’t see me as equal, God does. I’m proud of my heritage that I now get to pass on to my own family. I hope and pray that they will live in a world where they will be accepted and celebrated for who God made them to be.

Moses Falco is the pastor at Sterling Mennonite Fellowship in Winnipeg, Man. He blogs at mosesfalco.com, where this post originally appeared.

More articles by Moses Falco:
God or coincidence?
Why I still believe in going to church 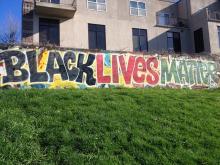