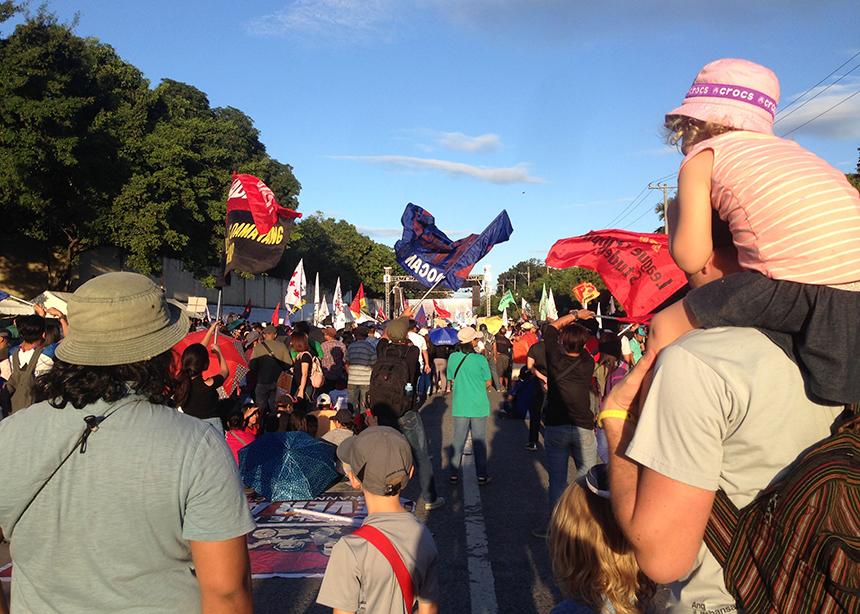 I was in Whistler, B.C., last week with my husband and kids, and we joined a Black Lives Matter protest in the village. My eight-year-old reminded us that we used to do this often when we lived in Manila in the Philippines. He recalled a story of how his brother had held a sign up as a toddler (“Resume formal peace talks!”), and how we later learned that we could get deported for rallying (as had a 71-year-old Australian nun), so we started just standing beside our Filipino friends who held the signs!

But this got me thinking. We partnered with the oppressed and vulnerable in the Philippines for seven years, learning their culture, their conflicts and the impact of white colonialism on them. And we became their allies. We listened to them, loved them and advocated for their rights with them. And it is now time we do that again, but this time at home.

During our first year in the Philippines, armed conflict broke out in the south between the Moro Islamic Liberation Front and the armed forces of the Philippines. While delivering relief goods, going through military checkpoints and hearing the bombing not very far away, we were learning from them about the heavy cost of colonialism. Spain, not having conquered the southern island of Mindanao, sold all of the Philippines to the United States in 1898, and the mostly Muslim Mindanao people are still fighting for control of their ancestral territory today.

Working for a peacebuilding organization, we nonviolently advocated for the rights of this oppressed people group and participated in interfaith dialogues, peace education initiatives and community development projects. We were their allies.

We were living in Manila in 2016, when President Rodrigo Duterte came to power. His campaign speeches promised that he would rid the country of drug users and peddlers, saying, “My order is to shoot and kill you.” More than 12,000 people were killed in this horrific war on drugs. Not needing warrants to search or to arrest, the police shot and killed, and over and over again claimed the suspects resisted arrest.

When the brother of a young man in our church was killed, we read the police report, and saw that it had nothing to do with the actual events our friend witnessed: different place, different story altogether. In the urban-poor setting, this was happening all the time, and our friends—our Filipino family—were scared for their lives.

As a church, we held events to honour the dignity of all life. Whether an addict, dealer or bystander, each life is infinitely valuable. We released statements for the national church body, condemning the unjust killings and police impunity; we attended funerals of those killed; we participated in peaceful protests, organized and spoke at theological forums at universities; and we had many uncomfortable conversations with Duterte supporters. Our church services turned largely to lament as we grieved the atrocities. As white foreigners, we learned from Filipinos, loved them and advocated with them. We became their allies.

I don’t know yet what the journey will look like for our family as we do the work of becoming allies with Black, Indigenous and People of Colour (BIPOC) here in Canada. I know we need to listen and learn, and I first commit to that. God is stirring up in me that same anger, lament, passion for justice, cry for peace that was all too familiar while living in the Philippines. It’s time to, once again, learn, love and advocate.

Christina Bartel Barkman, with her four little ones and her pastor husband, seeks to live out Jesus’ creative and loving “third way” options. 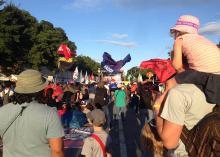