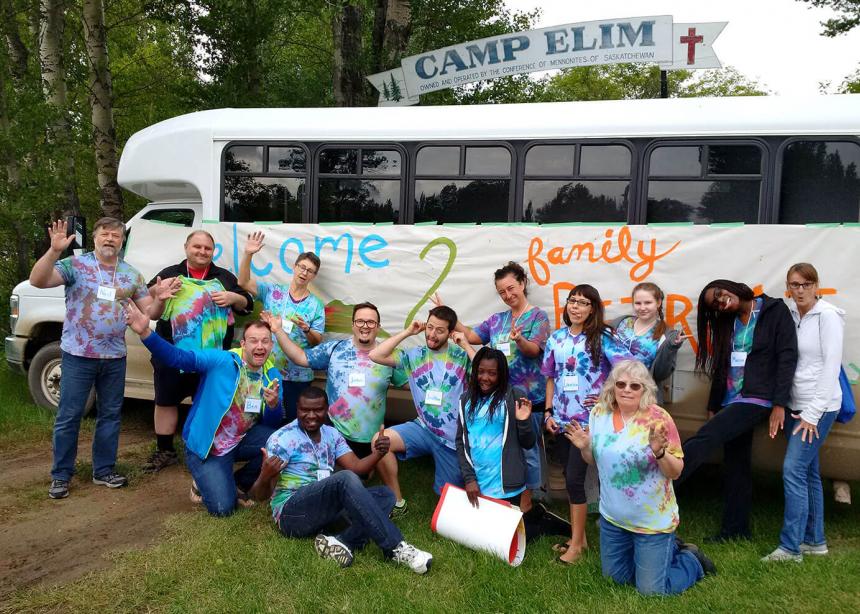 The Ontario-based organization, which operates group homes for disabled adults, offers a two-week family retreat each summer at Elim Lodge in Lakehurst, Ont. This summer, following the July 1, 2016, amalgamation of Christian Horizons and Menno Homes of Saskatchewan Inc. (with the latter assuming the Christian Horizons name), the first-ever retreat for families with disabled children was held in Saskatchewan.

Camp Elim, owned and operated by Mennonite Church Saskatchewan, became the venue for this exciting new venture. The camp is situated on the northern shore of Lac Pelletier, some 48 kilometres southeast of Swift Current, Sask.

Five families from Saskatchewan and British Columbia participated in the four-day retreat. Each family was paired with at least one short-term missionary or STM. These volunteers, who arrived at the camp a day early for training and orientation, provided daytime care and companionship for disabled participants so their parents and siblings could enjoy much-needed rest and rejuvenation.

Jordan Varey, director of Saskatchewan Services for Christian Horizons, says that the retreat could not operate without the volunteers. “STMs provide servant leadership to children, youth and adults with exceptional needs and their families,” he says. “The one-on-one support to a participant during retreat activities will allow parents and caregivers to receive restorative respite.”

Volunteers are expected to raise the necessary funds to cover the cost of their attendance at the retreat. They are also asked to raise additional funds to help offset the cost for families wanting to attend.

No special training is needed to be a short-term missionary, but volunteers must be at least 16 years old. This year’s volunteers came from across the country and included several members of MC Saskatchewan churches. Among them were Liz and Greg Baerwald, of Zoar Mennonite in Waldheim, Sask., who cooked for the retreat. “They really represented Jesus in their welcome,” says Varey, adding that the Baerwalds put a lot of effort into “making sure everyone would have something amazing to eat regardless of their dietary needs. Every meal felt like a little taste of the Lord’s table where everyone has a place.”

While participants enjoyed the usual summer camp activities, such as archery and boating on the lake, the retreat also included a spiritual component. Neil Cudney, Christian Horizons’ director of organizational and spiritual life, provided leadership for chapel and prayer times.

Christina McVittie, of Saskatoon, attended the retreat with her husband, Jeff, nine-year-old son, William, five-year-old daughter, Ava, and William’s autism service dog, Gibson. She says William has difficulty communicating and “has to have one-on-one attention all of the time to ensure his safety.” He also doesn’t sleep well at night, so his parents are frequently exhausted. “The short-term missionaries that volunteered with our family were so encouraging,” says McVittie. “They came to us on the second day and said, ‘We’ve got your kids. They are having fun and are safe. Go have a nap.’ And we did!  We were able to relax, eat dinner together and were confident in the care and experience that our children were having.” McVittie also says she valued being able to spend time with each of her children, with her husband, and with God. She says she appreciated being at a retreat “where we could fully participate and be encouraged together as a family.”

Varey, who also attends Zoar Mennonite in Waldheim, Sask., sees the retreat as a ministry not only to the families who attend, but also to the church as a whole. “The impact on the STMs is palpable,” he says. They return home “determined to make their churches more welcoming and accessible.” Varey also notes that churches that send short-term missionaries to help with the retreat will get back an individual who is trained to work with persons with disabilities. He sees the retreat as “an opportunity for churches to build their own disability supports.”

Varey notes that families who don’t have children with special needs are also welcome at the retreat. “It’s not about building segregated programs,” he says, “but about a full sense of belonging, where all the members of the body of Christ are valued and wholeheartedly welcomed into body life.” 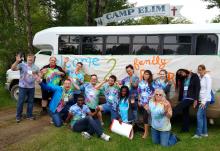 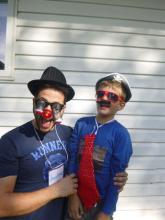 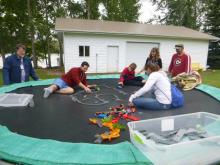 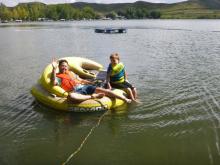 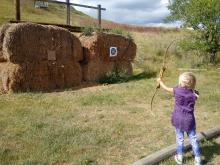 It was a great moment of my life serving Lord Jesus Christ through these families that needed a break in their life. It was just another way of loving the human race as we travel on this short journey of life under the sun. Let us spray the love of Christ by serving others.