‘Bring us beyond our own stories’ 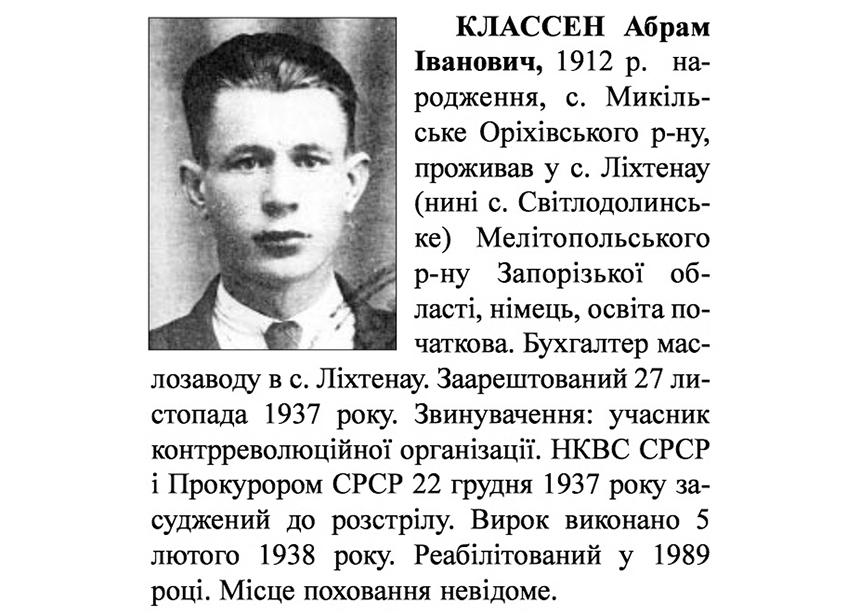 Among the voluminous lists of those disappeared during the dark times in what is now Ukraine, researchers have found roughly 400 pages of Mennonite names, with five or six names per page. That is just for Zaporizhzhia province. The lists for all Ukrainian provinces are available online, though printed in Cyrillic script.

Each name a tragedy. Many a mystery. A husband, a father, occasionally a mother or wife, all taken, nothing more known. Families splintered. Communities shattered. Grim mysteries lingering, as mysteries do.

And of course, the disappearances fuelled dislocation, as the violence drove Mennonites to new lands.

How did these gaping horrors shape families? How did the accumulation of thousands of such stories shape a people? How do legacies of disappearance and dislocation influence our response to the many other such stories continually unfolding in our world, including among Mennonites in the Global South?

Last February, the Centre for Transnational Mennonite Studies at the University of Winnipeg announced an initiative to dig into the now-open former-KGB records in Ukraine, uncovering trauma and mysteries of the Russian Mennonite past. Aileen Friesen, who is coordinating this effort as it takes shape, hopes this look into a specific past will generate consideration of the broader present.

Starting in 2006, Ukrainian authorities published thick books, separated by province and available online, containing lists of names of the disappeared, along with a brief summary of each case. The Centre’s initiative has begun to translate these descriptions, starting with the book for Zaporizhzhia province, picking the Mennonite names out of the lists.

The descriptions also include file names of the fuller files for each person. These files—held by state archives or the Security Service of Ukraine (known as the SBU, successor to the KGB in Ukraine)—contain things such as interviews with witnesses, records of interrogations and records of how these cases were reviewed years later. Sometimes they include records of the reversals of original sentences.

While certain Mennonites will be very interested in discovering more about loved ones who went missing, and while Friesen willingly responds to such queries to the extent she can, she says the overall goal of the project "is to bring us beyond our own stories.”

She says she hopes the project “initiates a broader conversation about trauma and community.” She hopes Mennonites will see our collective story in the broader context of dislocation in the world. “Our story is part of a broader story of dislocation,” she says.

Friesen's personal interest in the research includes questions of how the disappearance of men influenced communities on the ground level. How did women deal with the pain of loss, the pain of not knowing what happened, and the tasks of managing a household shorthanded.

She is also interested in the effect of neighbours sometimes reporting each other to authorities, often under harsh threat. How did resulting animosity, or, conversely, guilt of informers and their families, play out and shape communities?

For Friesen, the initiative is not “about making this one specific story sacred,” but rather, drawing on history to ask "bigger questions about the world.”

For that to happen, the history must be known. The KGB research follows the Centre’s publication of the popular book, The Russian Mennonite Story, in 2018, which brings that history back in a highly readable and richly illustrated coffee-table volume. The book was recently reprinted, following swift sales of the first thousand copies. Proceeds of book sales go toward the KGB work, which is linked to the establishment of the Paul Toews Professorship in Russian Mennonite History.

Friesen says she and her colleagues are looking to building that fund to enable the translation work to progress. For her, the goal of both the book and KGB research is to re-engage with history, and to use that history to engage in our current world as our splintered stories sensitize us to the splintered stories of others. 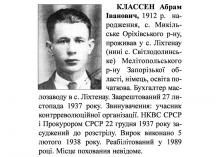 I can't find any lists of Mennonites on the page linked in this article. http://www.reabit.org.ua/ What is the exact link of the lists?

Because our team does not read Cyrillic script, we used online translation software. Our reporter instructs you to click on the third link on the left menu «Реабілітовані історією». The next menu appearing on the left translates as “Rehabilitated by history.” Scroll down on that list and click on the link for “Zaporozhye region.” On the right, you will see several numbered files with the names, “Rehabilitated by history, Zaporozhye region.” http://www.reabit.org.ua/books/zp/  The relevant information will be in those documents. —Executive Editor