‘A community of friends around the world’ 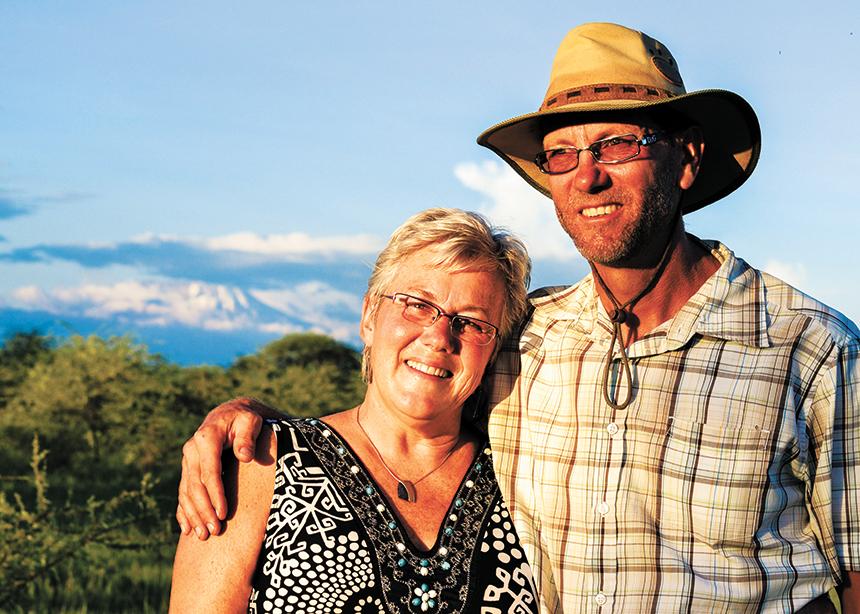 Building “a community of friends around the world” is a driving force behind Dashir Lodge and Safaris, based in the Arusha area of Tanzania.

Darryl and Shirley Peters’ vision is founded on bringing Africans and guests together as friends. Dashir, a blend of Darryl and Shirley’s names, is also a way for them to live in Africa, sending their roots deep into the community in which God planted them.

The Peters see Dashir as building a home and not just a lodge, putting relationships first as they strive to live with their staff as family and not just in an employer-employee relationship.

Living in Africa was in the “prenup,” but getting there was put on hold with the birth of their first child, who was born prematurely and spent half of his first year in the hospital on a respirator.

The Peters eventually found their way to Botswana with Mennonite Central Committee from 1999 to 2002, when their children were 9, 11 and 13. Darryl worked with a mission school as a teacher, while Shirley led Bible studies in a women’s prison in the capital city, Gaborone.

During that time, they met a Tanzanian through a very leaky roof. Bakari fixed the roof and they became best friends with him and his wife Agnes. That’s how they connected with Tanzania. Bakari and Agnes helped the Peters get started with their new life in the Arusha area.

For the entirety of their married lives, home life revolved around people coming for meals. Now the Peters have a business that includes people coming to their home for meals. Their guests have the added bonus of interacting with the extend Dashir “family” from the surrounding community and experiencing wildlife safaris to the Serengeti and other game parks.

The business makes it possible for the Peters to live in and help their community. Business for God’s people is always about mission for them. For the past two years, they have employed 25 full-time contract staff and another 25 casual workers, which means 50 nuclear and extended families receive a steady income.

Over the past eight years, seven were devoted to building the lodge and grounds. The goal is to continue to develop the facility and to provide income for as many people as possible. Doing all the work by hand makes it possible to employ many.

The Peters are committed to living and dying in Tanzania if God wills.

Further reading:
Couple enjoys being 'on the road' with MDS
Learning through space and time
Great Trek from Russia to Central Asia remembered
Insights from abroad
MCC tours a transformative way to travel 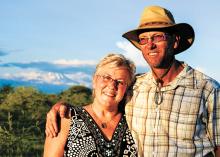 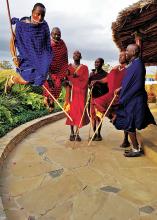