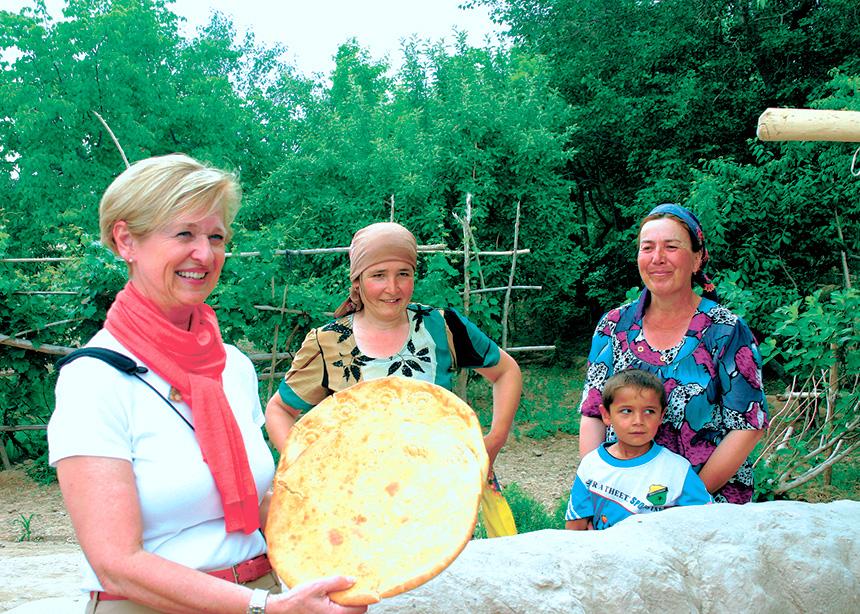 “[In Tashkent] the nearby river was full of fish and the banks were lined with trees loaded with apples, pears, plums, cherries, peaches, apricots, pomegranates, lemons, oranges and many fruits we had no name for.

“It seemed like the ideal place to settle,” wrote Elizabeth Unruh Schulz, reflecting on the Great Trek migration from Russia to Central Asia.

It was 1880 when 14-year-old Schulz and her parents travelled with a caravan of 125 covered wagons from the Molotschna colony in Russia to Central Asia. Like other Mennonite migrants, they wanted to avoid military conscription. Influenced by Claas Epp, many in this group also believed Christ was returning to Earth in Asia.

The migrants discovered a beautiful land, but then experienced many hardships. “We stayed in Tashkent nine months and, in that time, 80 people died. Some were sick only three days before they passed,” she wrote.

After leaving Tashkent, the migrants had a failed attempt to settle near the Himalayan Mountains. It was the rainy season and they had no place to stay. Thankfully, Muslims in the village of Serabulak housed them and allowed the Mennonites to use their mosque.

In the spring, a wealthy Muslim sent them on their way with gifts and money.

Before giving up and emigrating to North Dakota, Schulz’s family endured more sickness, her youngest brother’s death, conflict within the group, hostility from locals, near death in a violent sandstorm, and decimation of their crops by grasshoppers.

In 1884, 38 of the remaining families settled in Ak Metchet near Khiva, where they built a thriving life. Although the Mennonites were all deported in one fell swoop by the Soviets in 1935, locals still remember their excellent wood craftsmanship, agricultural productivity and the introduction of new technologies including photography.

On a tour in Uzbekistan later this year, Juhnke and John Sharp, another historian and Great Trek scholar, will retrace the Great Trek migration and visit the Ichan Kala Museum in Khiva with a new exhibit containing Mennonite artifacts from Ak Metchet.

Listen to a dramatic reading about Elizabeth Unruh Schulz’s memories of migrating to Central Asia at youtu.be/DHmnucRvtek. See details of the Central Asia: Crossroads of Faith & Culture tour, Sept. 22 to Oct. 3, 2019, at tourmagination.com/central_asia.

Further reading:
Couple enjoys being 'on the road' with MDS
Learning through space and time
'A community of friends around the world'
Insights from abroad
MCC tours a transformative way to travel 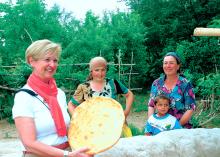