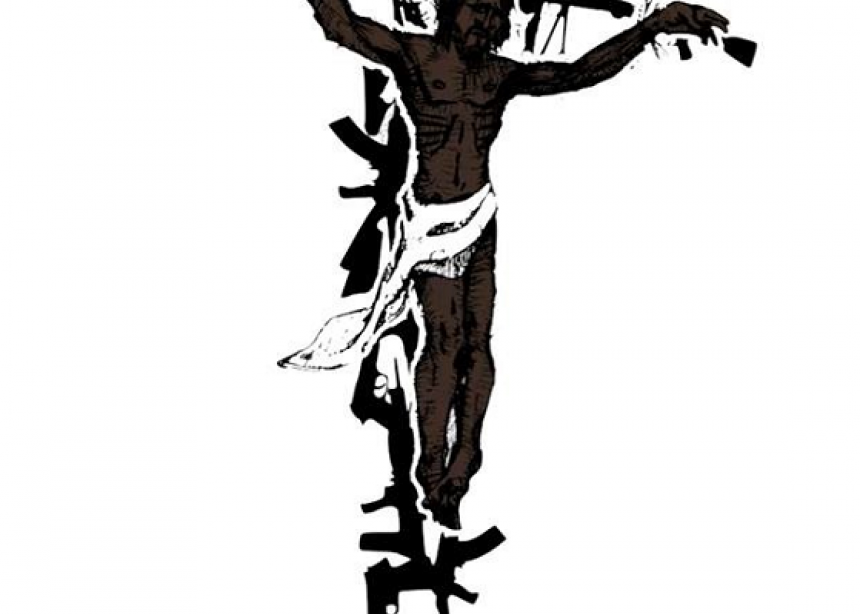 The logo of the #ReclaimHolyWeek campaign, organized by Holy Week of Resistance (holyweekofresistance.net)

<p>The logo of the #ReclaimHolyWeek campaign, organized by Holy Week of Resistance (holyweekofresistance.net)</p>

I can't breathe. In this statement we are reminded of Eric Garner being unjustly and violently arrested. We are reminded that because of racial profiling, a judgment to the colour of his brown skin, the powers in place suffocated him. While he cried out saying “I can't breathe”, the police would not relent, and Eric Garner died. We remember he was not the first to die this way.

I can't breathe. Place this statement of “I can't breathe” with the image of Jesus being crucified—remembering that asphyxiation is a death that slowly and excruciatingly suffocates its victims.

Remember that Jesus was a political prisoner. That he died an innocent, and that politics found him politically innocent. That he was discriminated against by the Roman Empire that ruled his culture, because he spoke out for justice that looked like the kingdom of heaven. Remember that Jesus’ message called for equality between man and woman, slave and master, Jew and Gentile. Remember that the message of his teachings cost Jesus his life. Remember we are called to be like him.

The social contexts of oppression overlap so powerfully between Jesus and Eric Garner, despite being separated by 2,000 years. When I think about my faith and how it ought to be practised out in my social context, the life and death of Jesus serve as an unavoidable conviction. So does the death of Eric Garner.

Recently I had the opportunity to attend a leadership conference in New York City, put on by the World Student Christian Federation, a global ecumenical peace and justice NGO.  As a group we tackled conversations of faith in the context of social injustice.  We unpacked the social context of Jesus' reality, and connected it to our own. In doing so, I was again convicted to pursue systematic justice as an expression of my faith.

Jesus addressed racism in his context, crossing boundaries with Gentiles, the Samaritans, the Romans, and more. In my context, I can see the racial divides between settler and Indigenous. In the U.S.A., this looks like addressing the racial and power divides between persons of colour and the white elite. We are called to cross these boundaries.

Be convicted that there are many who cannot breathe, because injustice is suffocating.

Be convicted to pursue some social justice, a sort of social CPR for those suffocating.

Be convicted to live out your faith in your social context.

Be convicted that faith without action is dead.

Be convicted to just action, with the knowledge that it will be costly.

Be convicted; Jesus will meet you as you act.

The logo of the #ReclaimHolyWeek campaign, organized by Holy Week of Resistance (holyweekofresistance.net)