You don’t have to be perfect 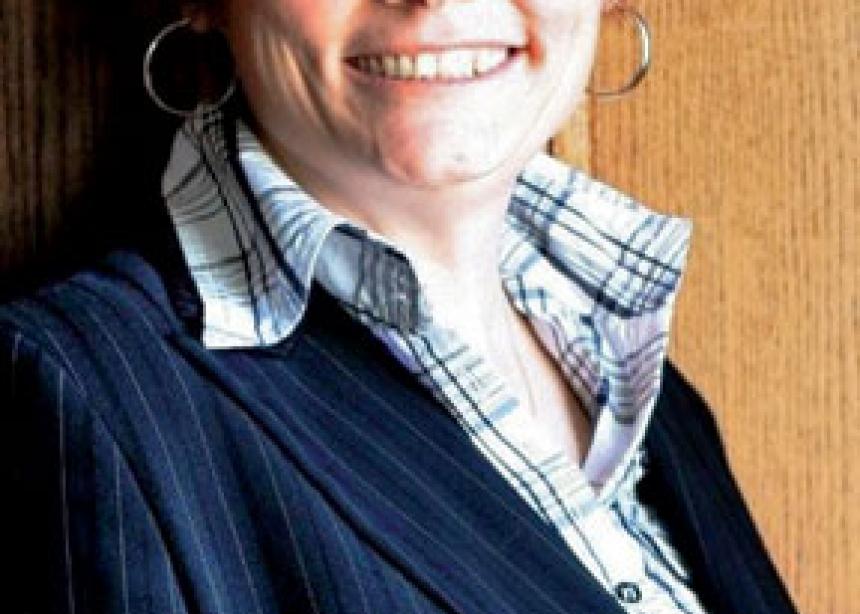 It was the simple yet profound welcome she received as a stranger in a Mennonite church that made all the difference to Erin Morash, who says she grew up in “an extraordinarily secular family.”

When the family moved to Langham, Sask., in her adolescence, Morash chose to attend Zoar Mennonite. For the first time, she heard a peace theology expressed. “That and the music blew me away,” says Morash, who now pastors at Trinity Mennonite Church in Mather and Crystal City Mennonite, rural Manitoba congregations 20 minutes apart.

“The first time I asked about becoming a minister I was 19, in an adult Bible study group in Langham,” she says. “I got such good feedback from people in the Bible study group, and the pastor asked me to do a sermon.”

Morash began to explore what felt like a call to ministry. Friends within the church encouraged her, recognizing her gifts in studying the Bible. “But the idea horrified my mom,” she admits. And her grandmother told her, “You have to be perfect to be a Mennonite minister.”

“I decided I would finish my degree in history and then I would get away and take time to think about it,” she says. While at university, Morash became involved with women in abusive relationships. She studied the Scriptures with them, sometimes in secret, as they struggled with decisions of whether to stay or to leave those relationships. “I realized that this religion stuff, which up to that point I had taken to be quite personal, had incredible social power and consequences.”

“I think because I walked in clueless, and because I wasn’t part of the denomination by birth, I was given permission to do things the insider couldn’t,” she muses. “That being said, there are ‘ins’ I don’t have, like family connections and subtle cultural understandings.”

Early in her ministry, Morash recalls a meeting of ministers at which she was mistaken for one of the servers and handed a cup of coffee to refill. When they realized she was one of the ministers, the conversation came to halt. “Please, God, don’t let it be like this every time,” she prayed.

And it hasn’t. When Morash was an associate pastor it was easier for those who had trouble with her gender to accept her leadership under a male lead pastor. Now in small rural communities as lead pastor, she says that “not everyone is equally accepting, and yet they have been so welcoming, coming every Sunday, bringing me into their homes, coming to Bible studies I lead. We eat together and pray together.”

Morash isn’t about trying to change minds: “I just try to follow my calling as faithfully as I can, owning up to the mistakes I make, as well as I can.”