Stitch by Stitch, Seed by Seed 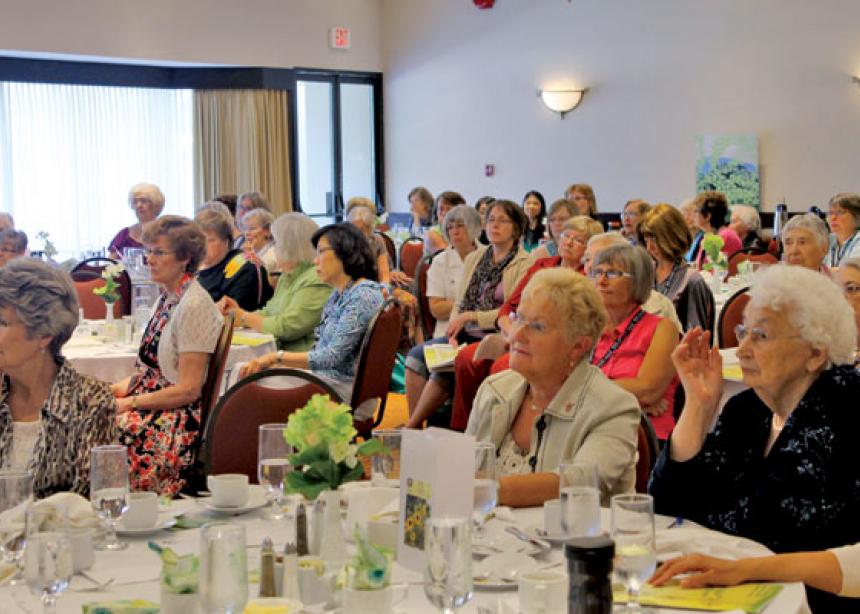 Mennonite women in Canada have sown seeds of peace while they sewed blankets for relief, and they celebrated 60 years of service on July 14 when 130 women gathered for the women’s luncheon at Mennonite Church Canada’s annual Assembly.

Theme for the afternoon was “Scattering Seeds for a New Season” based on Mark 3:26-34, where Jesus tells the parable of seeds falling on different kinds of soil with different results. Decorative plants, a seed-guessing game and take-home napkins with dandelion puffs added to the atmosphere.

Members of the Mennonite Women Canada executive presented a history of women’s ministries in Canada, beginning with church sewing societies in the early 1900s where women gathered to make items for overseas relief. By the 1940s, Mennonite women realized the value of organizing provincially and with women in the United States in the then-General Conference Mennonite Church. This helped them get an overall picture of conference work and relief projects for Mennonite Central Committee especially in the post-World War II years.

On July 8, 1952, 300 women gathered in Gretna, Man. to formally organize as the Canadian Women’s Conference, the predecessor to Women in Mission and eventually Mennonite Women Canada.

Since the 1960s Mennonite women’s societies have continued in various forms, whether as sewing/blanket-making groups, or speaking out on social issues such as substance abuse, war toys, family violence and pornography.

A sharing time following the presentation brought out many stories and memories of women across Canada. Valeria Alvarenga, pastor from Recife, Brazil, gave greetings from Latin American women, and Lovella Schellenberg of the popular Mennonite Girls Can Cook cookbook shared how she and her co-authors had the vision to prepare the cookbook and give the proceeds to charitable projects. The study guide for 2012, Let Justice Roll Down written by Rebecca Seiling, was introduced.

Evelyn Buhr of Edmonton, youngest member of the Mennonite Women Canada executive, says the first seeds for her interest in women’s ministries were sown in childhood in Henley, Sask. in the late sixties and early seventies. She recalls going with her mother to the meetings, and how her mom would clean the house from top to bottom before the women’s group came over. Buhr says she loved listening in on those women’s meetings, even as a young child. “I like to watch people and I always liked to listen to the adult conversation. Now I am the president of Alberta women. . . . I love meeting people from across the country and I love women of all ages. It’s all about connecting with women and all the things we can be with a larger body,” she concludes enthusiastically. 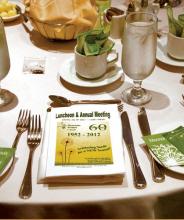 Whenever I meet women from congregations across Canada or the U.S. I feel like embracing them. It's thanks to all of you that we could serve in Japan for 45 years. What a privilege to serve the Lord in your name. There were good times,but also very discouraging times. Once we were so discouraged and almost ready to give up. The next morning we received a letter from Mrs. Anna Neufeld in the Rosthern seniors' home, telling us that she was praying for us. Every month she would write and encourage us. She prayed for us daily for 40 years!
She is long gone, but her prayers still bring fruit in Japan, and probably in many other countries. So I just want to say a big THANK YOU to all our sisters in Christ who prayed and supported us!