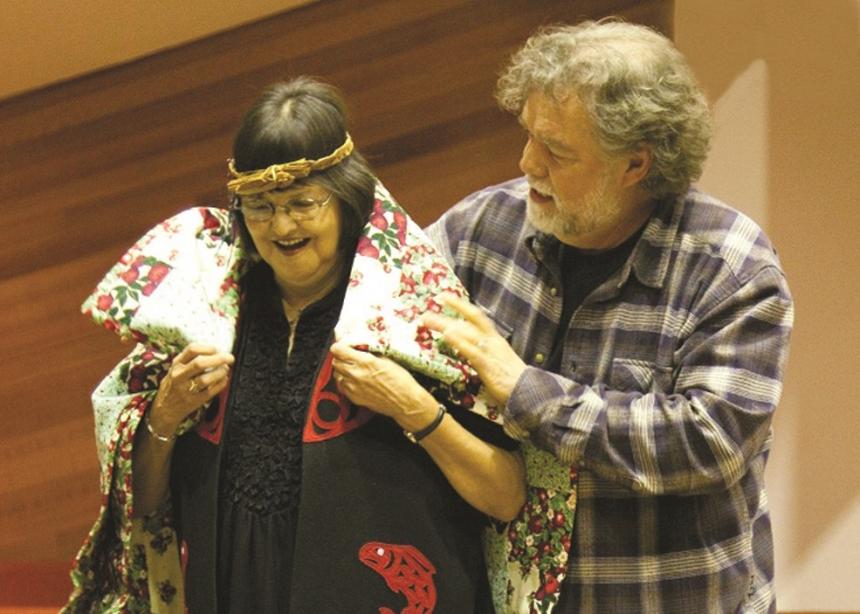 Mennonite Central Committee (MCC) British Columbia has decided to dismiss long-time Aboriginal Neighbours program coordinator Darryl Klassen. The decision, which was made early this year, will take effect at the end of December. Klassen, 64, has worked with MCC B.C. for 25 years.

At the same time, the organization is “reaffirming its commitment” to indigenous relations work, and preparing for a “refocussing” process, according to associate executive director Ron van Wyk.

Van Wyk said a program review conducted of all MCC B.C.’s work by an outside consultant identified a lack of results arising from the Aboriginal Neighbours program. By way of example, van Wyk said such reviews generally look at results, such as number of events organized and number of people in attendance, among other “outcomes.”

Continuation of the program “could not be justified” from a “stewardship point of view,” he said.

At the same time, he said, “It’s not about Darryl.” Similarly, MCC B.C. board chair Len Block said he didn’t want to “bring Darryl’s work into question,” while also saying staff had identified a need to make changes to the program “to be more effective with the resources.”

Block did not respond with specificity to a question about what greater effectiveness would look like, although he said he has ideas that he will contribute as the process of refocussing the work proceeds.

A staff-driven consultation process is to produce recommendations that will be brought to the board in December.

Although indigenous issues are controversial across the country, Block said he was not aware of any donors expressing disapproval of MCC B.C.’s Aboriginal Neighbours program. Van Wyk said he has received no direct criticism of the program from constituents.

The MCC B.C. decision has created some concern and uncertainty within the community of people working on Mennonite-Indigenous relations, a community in which Klassen is held in high regard.

McDonald said he wouldn’t be doing the work he is now if it weren’t for Klassen. The two often planned events jointly. MCC B.C. provides financial support for McDonald’s position on a year-to-year basis and will continue to do so, according to van Wyk and Block.

Steve Heinrichs, who heads indigenous relations work for MC Canada, said his relationship with Klassen helped get him into his work and has helped keep him going. With respect to Klassen’s dismissal, Heinrichs said it is important to realize that, for many people, Klassen has been symbolic of the overall relationship between MCC and indigenous people in B.C.

“I have tremendous respect for Darryl,” said Leonard Doell, who has worked in indigenous relations with MCC Saskatchewan since 1996. “He has spent the bulk of his adult life committed to building and nurturing trust, relationships and goodwill.”

In a phone interview, Klassen spoke primarily about the profound relationships he established through his work, and his observation that recent changes to the MCC organizational culture across the country decrease the space for the less-results-oriented sort of work he has done.

• How will indigenous people within the MCC realm in B.C. interpret the fact that MCC B.C. is reaffirming its commitment to indigenous relations while releasing the person who personified this commitment for 25 years?

McDonald expressed this concern: “From a human resources perspective, one could ask why MCC B.C. dismissed a 25-year veteran of the organization less than a year before he turned 65?”

Van Wyk would say only that MCC B.C. acted according to its policies.

• How should MCC’s commitment to justice play out in its human-resources decisions?

• Could Mennonite organizations develop a set of best practices—informed by Scripture and their community ethic—around human-resources practices?

• The most important question, perhaps, is, “What will MCC B.C.’s refocussed indigenous program look like? Will it deliver more “results” or will a results-oriented approach even work?

Block said he expects the budget allocation for the work to be at least as high next year as it was this year, but only time will tell what will come from the expenditure.

Can we talk? Taking stock of Mennonite relations with Canada's Indigenous Peoples 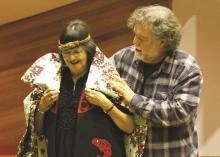 Through a mutual listening event led by Klassen, my next door neighbour (aboriginal) and I were able to talk at length about culture, faith, and Jesus Christ.