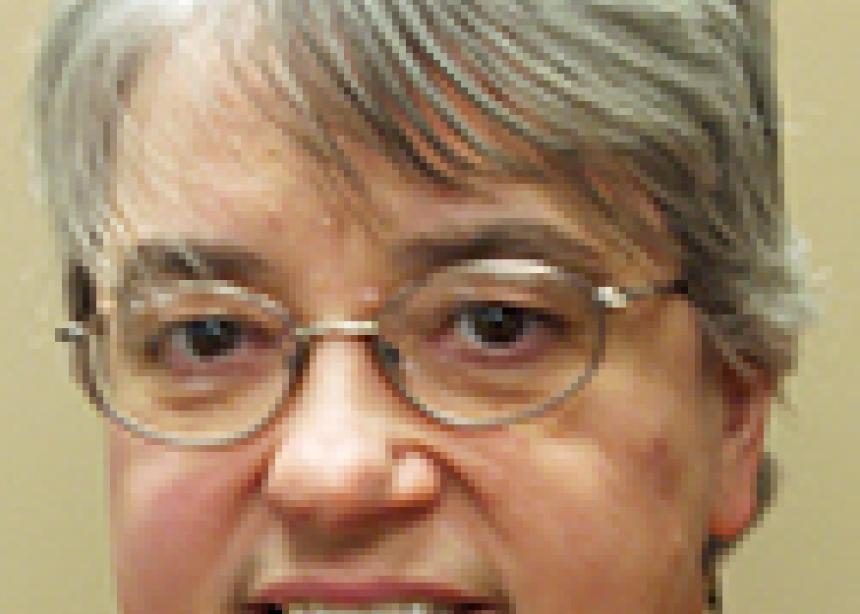 Since the 1980s, the Mennonite church has been debating how it should relate to those who are same-sex attracted. It has been a long and difficult debate, and it isn’t over yet. Since 2009, Mennonite Church Canada has been working on how to deal with this contentious issue through the Being a Faithful Church (BFC) process. The BFC task force reported in July 2014 that Mennonites in Canada do not agree on how to interpret the Bible on this issue. All sides take the Bible seriously, but they interpret it differently. And so this passionate discussion continues.

Our feature article on page 4, “A biblical and better way,” by Ron Sider, was specifically requested by readers from different parts of the country. While not all readers will agree with Sider’s point of view, he presents a well-articulated argument that we have not carried in these pages recently. Meanwhile, this issue of the magazine also has a story of the first same-sex couple to be publicly married by MC Canada clergy (see page 13).

As the debate stretches on, many of us have heard arguments on both sides from people we respect. One side says that Jesus was welcoming and loving, and so should we be. If we exclude those who are same-sex attracted, we are guilty of injustice. The other side frames the issue in ethical terms. If sexual intimacy outside of a monogamous heterosexual marriage was a sin for so many centuries, how can we with integrity declare it is no longer sinful?

It seems there are many of us who don’t know what to think and wish a compromise would be possible. The BFC task force reported that most congregations responding to BFC 5, “Biblical perspectives on human sexuality,” affirmed the church’s traditional position, but at the same time wanted to be more welcoming. Our majority position seems to be that we don’t want to be exclusionary, but neither do we want to abandon long-standing sexual ethics.

MC U.S.A. is having a similar discussion. A significant number of congregations chose to leave MC U.S.A. in 2014 after one of its conferences licensed a pastor living in a same-sex relationship. Whole conferences have debated withdrawing from MC U.S.A. A survey of U.S. Mennonite pastors in 2014 shows that younger people and those living in larger cities are more apt to be inclusive. Probably the same is true in Canada.

This is a difficult discussion, but it isn’t going to go away. MC Canada congregations have been asked for further discernment through BFC 6, with reports due by Feb. 28. Fortunately, the BFC 6 document includes more resources for this discussion, including a video, “Discerning What the Spirit is Saying to the Churches,” by Loren Johns, professor of New Testament at Anabaptist Mennonite Biblical Seminary. The text &nbsp of the video is also available for those who want to study it closely.

After looking at various biblical texts that relate to homosexuality, and explaining how they can be interpreted differently, Johns asks whether there are precedents in the Bible for a major theological shift like the one we are facing. He refers to two such shifts in the New Testament. Acts 10 recounts the story of Peter’s vision in which God tells Peter in a dream to eat animals that are forbidden according to Leviticus 11. The message of the dream was confirmed when shortly afterward the Gentiles in Caesarea received the baptism of the Holy Spirit.

The other theological shift in the early church related to the question of whether Christians needed to be circumcised. A study of Acts 15 shows that the church considered not only Scripture, but also experience, reason, tradition and the voice of the Holy Spirit in its discernment.

Johns does not take a position on whether the church should shift its theology on this issue, but points out the importance of loving each other in the midst of the discussion. He says, “So when knowledge and listening to the Spirit leave us short of the uniformity of perspective for which we had hoped—and it sometimes will, according to Paul in I Corinthians 13—faith, hope and love can still get us through.”

As the church continues its discernment, may we all continue to pray for guidance, while exercising all the humility, patience and love we can muster.

"For discussion: A biblical and better way" 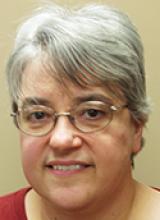 As with all such discussions, the wrong question is being asked.

The question is not "What is the Spirit saying to the churches?" or worse yet "Is there Bibical precedent for such a major theological shift?", rather the question is "What has the Spirit already said to the churches in Scripture?" and "What right have we to entertain any theological shift without the biblical warrant to say that current belief is outside of what the Bible has always taught?"

A church that has given up on the inerrancy and sufficiency of Scripture will always entertain such questions and will never ultimately get the right answer.

Ask yourself these two questions:

Will the discussion end if the church decides that it ought to accept homosexuality as normative and within God's good design?

Will the discussion end if the church decides that we ought to accept the plain teaching of Scripture and sanction no sexual norm outside of hetersexuality and accept no redefinition of marriage outside of one man and one woman per Genesis 1-3.

We know the answer to the second question is "no". Because that was where the church once stood, and yet, the "discussion" continues.

And we know that the answer to the first question is "
yes", because we know, personally and corporately, the persistence of sin.

Do not be deceived. There is no discussion. There is only the pressure to accept sin within the church.

This is not a problem to be solved. This is a "discussion" to be stopped. There is a line in the sand and you hold it in your very hands. It is the timeless words of God. It is Scripture alone.

Stand firm in the faith lest the Mennonite Church become yet another mainline denomination which can only claim Christianity as part of it's history and not it's current identity.

One question that might be helpful is to ask what is driving our postures--fear, or love? Often, as I think is happening in this response, fear presents itself as a zealous protection of what we perceive to be changeless truth against evil forces kin society--as if the Holy Spirit can't be trusted to lead us into new truth. What happens to love in the process? On which side of the debate do we see the most love, and on what side do we experience the most fear? "There is no fear in love," 1 John 4:8 tells us, "perfect love casts out fear; for fear has to do with punishment, and whoever fears has not reached perfection in love."

One can believe in the inerrency of scripture and still believe (or perhaps more wisely, plan for) the inevitable falling short that us mere humans will experience trying to read and live the word of god. What ability do we have to know with absolute certainty the correctness of tradition biblical teachings? What right do we have to not allow god to change god's mind?

No one is preventing God from changing His mind. But we do know that he never does.

From His lips to your ears...

Are we really willing to claim that 2000 years of church history is wrong simply because the popular godless, pagan culture wants to pretend that homosexuality is benign or even good?

I'm always willing to claim that 2000 years or church history is wrong. Slavery, the role of women in the church, church teachings on violence, indulgences, and music have all changed over time, why not teachings on sexuality?

This is not an abstract "issue" for discussion. These are people. Real, breathing, loving people. Too often we forget that.

"This is not an abstract "issue" for discussion. These are people. Real, breathing, loving people. Too often we forget that."

No. Too often we hold that up as the standard and "forget" that this is the Holy, Unchanging and Good God we are dealing with.
We must be considerate and compassionate, absolutely. But to turn our backs on Scripture is to simultaneously stop loving God and stop loving the very people we claim we want to help.

Scripture is not unclear on the topic of homosexuality.

"Let God be true and every man a liar"

Scripture all on it's own is just words. Not until we incorporate our experience with the natural world,do the words come alive.
The Christ has always been and will always be. Without the Christ,there is no sunshine.

Wow. That is heresy, pure and simple.

Hebrews 4:12 "For the word of God is living and active, sharper than any two-edged sword, piercing to the division of soul and of spirit, of joints and of marrow, and discerning the thoughts and intentions of the heart."

God has spoken clearly in His word. If we chose to ignore them or pretend that He didn't mean what He said, that may be our own business for the present, but at the judgement we will see that it is also very much God's business. And it
won't end well for us.

His Words are His words, even before you "experience...the natural world."

"The Christ"? You mean the Jesus who sits on the right hand of the Father? Yes, He is and always will be and there is no sunshine without Him, but then again, there is no nothing without Him. As the Holy Spirit said through John "All things were made through him, and without him was not any thing made that was made."

Where did scripture come from in the first place if not the natural world?
Darkness has never understood light.It never will yet both hold mystical truths that transcend any argument.
We often fear what we don't know.
A tree roots itself in the unknown so that what it discovers may be revealed for all to see.