What happens to churches when God’s people disagree because they can’t get along? 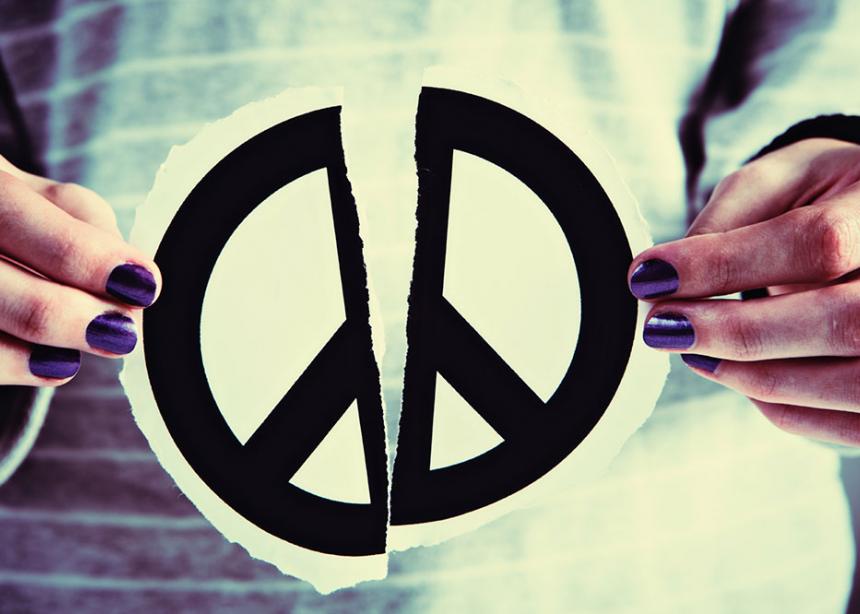 What to do?” is our anxious impulse.

“In the beginning,” God was revealed in creation before there was anyone to appreciate the self-disclosure this represented. It was long before any documentation by either Scripture or photograph was possible.

But at mid-20th century, by the flick of a camera something of the character and intention of the Creator was visually portrayed. With astronaut Scott Carpenter’s now famous photograph, we’ve come to see the organic oneness of our habitat, with its various parts in life-sustaining interdependence. Many parts and functions, but one planet.

We can profitably look to the New Testament for principles of leadership. Peter admonishes: “Each one should use whatever gift he has received to serve others, faithfully administering God’s grace in its various forms” (I Peter 4:10).

In Ephesians 4:12-13, Paul, the itinerant church leader and church planter, identified the purpose of leadership: “to equip the saints for the work of ministry, for building up the body of Christ, until all of us come to the unity of the faith and of the knowledge of the Son of God, to maturity, to the measure of the full stature of Christ.” It’s a journey, then, a process. “Speaking the truth in love” (verse 15) is part of that process, so the body’s members grow in Christlikeness. In Romans 12:1-8, Paul spoke of different gifts, one Spirit, and in I Corinthians 13 he said “love is the greatest gift.”

Christ did not address the issue of organization or structure for his followers, but he demonstrated profoundly in his washing of the disciples’ feet the principle of servant leadership. In John 13:2-17, he told them, “the servant is not greater than his master.”

Whether in government or at General Electric, the employee is not greater than his boss. Everybody knows that! God help anyone who doesn’t! So what is Christ’s purpose in rehashing the obvious? Christ apparently used it on several occasions.

To give it our attention is to be impacted with a bit of unconventional wisdom. On one occasion, Luke 6:40, Christ gave a variation on the theme: “A student is not above his teacher, but when fully taught will be like his teacher.” The context was his “do not judge one another” lesson, and was followed with the startling imagery of making a big deal about a “speck” in the eye of another while a grotesque log is protruding from one’s own! Might a judgmental spirit be the log?

Ponder the moment of the foot washing. No servants were present and there was no initiative by any of the disciples to perform this simple act of hospitality. Luke records (22:24) that they had just been bickering about who would be the greatest in Christ’s kingdom. So Christ takes the initiative with the basin and towel, noting that the kings of the gentiles lord it over others, but they are not to be like that. Servant leadership, in other words, means to lead by example. This lesson is not for leaders alone. As redeemed ones, all are on one level. Not by might, wealth, profession or education ought we to claim superiority.

Patterns of leadership in the early church evolved over time. In the New Testament period, it was determined by need, which led to divisions of responsibility. Deacons were appointed (Acts 6:1-4). Or it was based on giftedness; in Ephesians 4, Paul explains it this way: “some apostles, some prophets, some evangelists, some pastors, some teachers.” There is no evidence of hierarchy or levels of authority at the beginning, other than that accorded the eye-witness apostles.

As the period drew to a close, and numbers in the church increased, leadership patterns began to change. Before the end of the first century AD, some features of organization began to appear involving deacons, elders, presbyters and bishops. Motives appear driven by historical context: to preserve the purity of the gospel against false prophets or to preserve the unity of the church. These concerns would also spur the development of the New Testament Scriptures a bit later, in order to weed out heretical voices, false prophets and cults, and to make the body of Christ visible.

One might ask whether this was seeking visibility in the right place, particularly considering the spectacle of costume and pomp that followed, along with special titles of honour. Christ, on the other hand, had taught: “By this shall everyone know that you are my disciples, if you have love for one another” (John 13:35). This is what makes the body of Christ visible, according to him.

While leadership patterns and the rise of church government by bishops sprang from specific needs—defence of Christ’s teachings against heresy and division—they soon took on a life of their own and didn’t need the emergency of the moment to keep going. What early church fathers had to say reveals a kind of evolution of hierarchy and authority.

In the first century AD, Ignatius is thought to be the first to speak of one bishop as head of presbyters and deacons in each congregation. To the church in Smyrna, he admonished church members “to follow the bishop as Christ the Father; follow the presbyter as they would the apostles, and to reverence the deacons.”

While in retrospect we can observe the seeds of an emerging hierarchy, historian Neve wrote that Ignatius did not intend his statements to be understood in a hierarchical sense. The leadership was still congregational, not diocesan, although he did develop the concept of the church universal, what he called the “household of God,” extending beyond the local congregation.

In the second century, Irenaeus emphasized strongly what has come to be understood as “apostolic succession,” a hierarchical tradition that leadership was transmitted from the apostles through an unbroken succession of presbyters in the churches, and that this gave the church authority to refute heretics. He claimed that, while “we are in a position to . . . demonstrate the succession . . . to our own time, it would be too tedious to trace succession of all the churches,” and so he appealed for agreement with “the very great, the very ancient and universally known church founded and organized at Rome by the two most glorious apostles Peter and Paul . . . for it is a matter of necessity that every church should agree with this church on account of its preeminent authority.” Thus, the Roman Catholic Church was being birthed. He claimed that truth is found nowhere else but in the catholic church as “the sole depository of apostolic doctrine.”

A century later, Cyprian carried the authority of the bishop to a new high, claiming a parallel between Old Testament priests and bishops of the church (Deuteronomy 17:12,13, and
I Samuel 8:7 plus a few New Testament references). Cyprian suggested that all difficulties in the church are due to people violating the rightful authority of the bishop: “For neither have heresies arisen, nor have schisms originated from any other source than from this, that God’s priest is not obeyed.”

Cyprian’s theory of unity is maintained by communion with one’s lawful bishop: “The church does not depart from Christ; and they are the church who are a people united to the priest, and the flock who adhere to its pastor.” “The bishop is in the church, and the church is in the bishop.” “The church which is catholic [universal] is one, is not cut nor divided, but is indeed connected and bound together by the cement of priests who cohere with one another.”

Further evolution of authority and structure resulted in development of the papacy and claims of papal infallibility.

A 16th-century challenge occurred when the Scriptures and Christ’s teachings were rediscovered after becoming available in the language of the people, facilitated by Gutenberg’s printing press. Anabaptists emphasized believer’s baptism, the priesthood of all believers, the Scriptures available to everyone, discipleship in daily living and servant leadership. Rapid growth, persecution and love for each other prevailed for a time that echoed the experience of the early church after the Day of Pentecost. The Spirit of God descended, along with a renewed spirit of oneness, and the drive to develop a confession of faith was, once again, to preserve the purity of the gospel and the unity of the faith. The leadership pattern was commonly a shared one, with today’s practice of a lone pastor in each Mennonite congregation a relatively recent phenomenon.

Shared leadership is highlighted in Article 16 of  the current Confession of Faith in a Mennonite Perspective: One body, many members; one Spirit, one Lord, one baptism. Scriptural references buttressing these ideas include: “God is not a God of disorder [disunity], but of peace” (I Corinthians 14:33); Ephesians 2:20-22, where Paul uses images like “household,” “dwelling” and “holy temple”; and I Peter 2:5, where Peter speaks of being built into “a spiritual house.”

What about when God’s people disagree?

Disagreements happen! Some are inevitable, even normal, and occur for a variety of reasons: different experiences; different histories, hence different perspectives; different training, both formal and informal; and different levels of smarts and maturity. For these reasons, disagreements may be completely honest on both sides, and say no more about one than the other.

Other disagreements are inappropriate. Sometimes people dislike each other, so they disagree. Or they disagree because of envy, jealousy or personality clashes. At other times, we lack self-confidence and feel threatened, so we disagree. Sometimes, we up the ante and become disagreeable ourselves. We may even imagine or exaggerate theological differences.

This has been a recurring sin in our fractured history. Symptoms of such disagreements are gossip, slander, impatience, and attempts to discredit or belittle another person. When we engage in such, it usually reveals more about us than about the issue being debated.

But most often, disagreements arise out of misunderstanding or because we haven’t sat or prayed together long enough to understand each other, and avoid doing so. So we go on disagreeing on the basis of false perceptions of each other. That’s a tragedy in the household of God.

The New Testament records some options that were common in Christ’s day and Paul’s: judging one another (Matthew 7:1-5, Romans 2:1-4); lording it over one another to ensure things come out right (Mark 10:43); refusing to talk to each other (Matthew 18); denying oneness by disassociation (John 17); and seeking to destroy others by calling down fire from heaven (Luke 9:54). Christ did not bless any of these options; neither did he condone the evil his followers were reacting to. By highlighting the fact that judging another is not included in our job description, these passages confirm that the challenges and symptoms of Christ’s time are very similar to our own.

I conclude with a few questions, and a few Scriptures that appear relevant to our time and situation:

Adapted from a presentation by Ike Glick at Holyrood Mennonite Church, Edmonton, April 21, 2002, as part of a series on The Confession of Faith in a Mennonite Perspective. 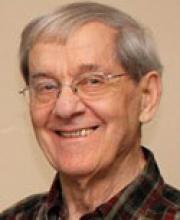