Mary the mother of Jesus 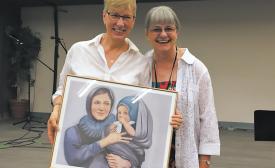