The women of Alberta rediscover Mary 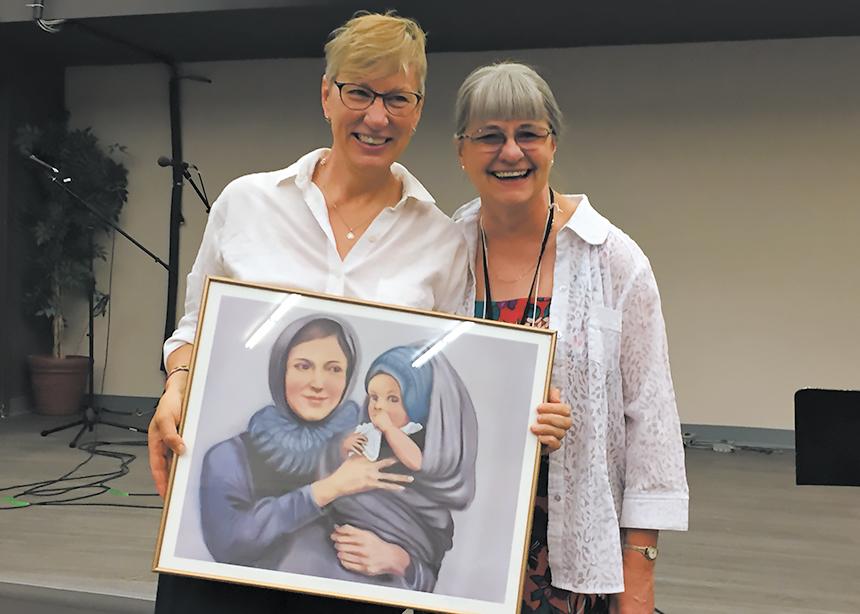 “It would be an understatement to say that Mennonites have not been particularly interested in Mary, the Mother of Jesus,” said the professor of biblical and theological studies at Canadian Mennonite University. “Mary was, in many ways, lost in the Protestant Reformation, left to the Catholics, while Mennonites moved forward in history without her.”

Although not all women could relate to this history, Amie Bumbeh of Holyrood Mennonite Church in Edmonton shared how even her Pentecostal denomination in Sierra Leone did not pay attention to Mary. “That was a Catholic thing,” she said, “and we weren’t Catholic.”

Fast Dueck reminded the women that, “for centuries Mary has shaped spirituality around the world.” She gave the invitation to “gaze on Mary” and see what she reveals to us.

- Mary, the face of tenderness and loving kindness. In artwork, Mary is often depicted looking affectionately upon Jesus, who rests intimately upon her breast.
- Mary, mother of sorrows. This Mary is easily relatable to all who suffer loss.
- Mary, the one who points the way. By magnifying the Lord, she shows people how to create space for a relationship with the Living God.

Every woman at the retreat received “Prayer beads: Yes, it’s okay for Protestants,” an instruction sheet on how to make prayer beads. The sheet asked questions like, “Why are beads even necessary in prayer? After all, we Protestants have been praying just fine without them all these years,” and, “How can they help?” Prayer beads were created in many colours: some with a cross, a heart or a peace dove.

This year, the women’s retreat hosted more than 50 women from 10 of 12 MC Alberta churches. A 15-seat bus was rented for the Edmonton contingent, which included women from Sierra Leone, Sudan, Ethiopia, Liberia, Canada and two Mennonite Voluntary Service young women from Germany. There was raucous singing all the way to the camp accompanied by the Liberian sa-sa, a large gourd covered in beads.

Many participants expressed their excitement to reconnect with women across the province. Valerie Proudfoot from Edmonton First Mennonite Church put it well: “The women from [MC Alberta] don’t see each other on a regular basis, so it’s like a reunion whenever we get together. There’s so much richness that comes from all the cross-cultural experiences we share.”

Lindo Manana, a volunteer from Eswatini (Swaziland) with MCC’s International Volunteer Exchange Program, led the morning worship on June 8 and taught everyone to dance that evening. She had everyone form a circle and, while she danced, she shouted, “Choose! Choose! Who will dance with me?” Woman after woman danced, young and old, white and black.

This was the first year that the women’s retreat was an official program of MC Alberta, and the women appreciated the message that this conveyed—that women’s ministry is important to the regional church.

Kate Janzen, a retreat organizer, held a silent auction that raised $600 for scholarships for women going to post-secondary Anabaptist institutions.

The retreat ended with communion and warm cinnamon buns, and reminders from Fast Dueck that “Mary could have been any one of us,” and, “What happened in Mary needs to happen in us.” 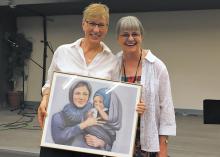