Writing for the foyer 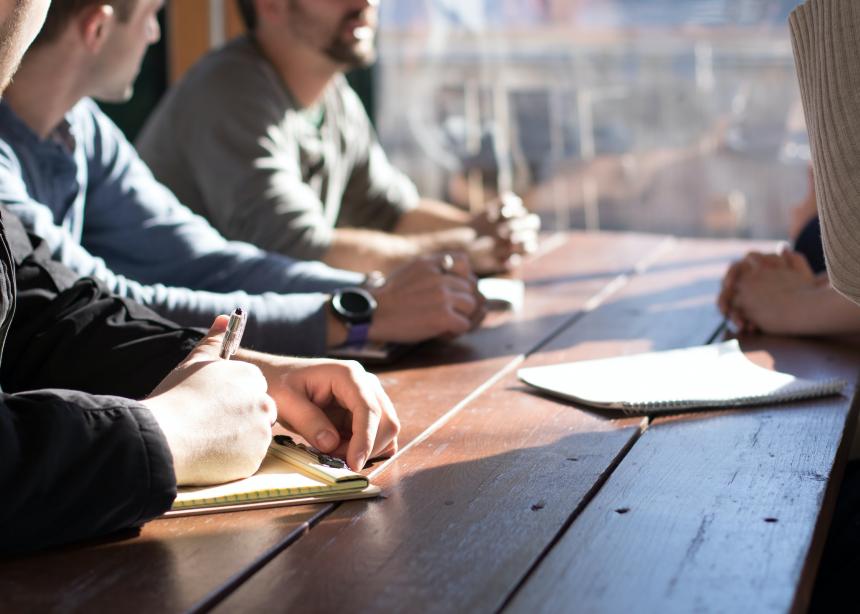 This month’s column is precipitated by two written events. In the recent article announcing Will Braun’s appointment as Canadian Mennonite’s new editor, Braun says he “views the magazine as less a pulpit and more a foyer bustling with spirited discussion.” Yes indeed!

The other event was an email from CM staff suggesting I look at a web comment on a recent column. Even before looking, I wrote in my journal: “Zounds! Love it when someone is engaging with what I’ve written. TBH [to be honest], especially when somebody is arguing back with me.” In other words, audience and writing come into some sort of dialogue. “Faithfulness in the face of facts” in the June 13 issue was a response to emailed comments. Put your thoughts on the webpage, I pleaded, so we can have a broader discussion in the church! Open the foyer!

With that in mind, I went back to look at what sorts of discussion might be happening about CM columns I’ve written over the past four years—those web comments (some of which were later printed as letters to the editor) and any emails or private comments received and saved.

I pitched this column initially as sociology informing discipleship, the “mind and soul” in operation together. “Informed ethics” was the title of the first column. The motivation came after yet another incident of pulpit preaching that moralized on a social issue without doing a deeper dive into some social science. We would never do pastoral counselling without attention to psychology.

Several themes are evident across the 33 columns to date. One was that we should be socially and politically engaged in the issues of our time. With that in mind—given issues like the war in Ukraine, climate change, capitalism, Indigenous rights, or increased polarization—hope is also a major theme. An early column differentiated between optimism and hope.

Another theme is that our social engagement has a countercultural perspective, that faithfulness to Jesus means some level of critique and opposition to the dominant ideological and social systems in our world. Can the church—especially the North American churches—do that?

These themes come out in the ways I approach column topics. For example, simple living has been an explicit topic three times, but it shows up indirectly more frequently. Seven of the 33 columns are directly on environmental topics. But I’ve written eight pieces that are about a broad inclusion; those included the hidden (Black) history of Ontario, against ethnocentrism via Jonah, or including theologians from the majority world (the fully global Christian community). Other columns have described learning from Muslims, Buddhists, Quakers and Catholics.

The hardest column to write was the most deeply personal. In such a public forum, getting personal is frightening. “See all of me” was about depression. After clicking “submit,” my stomach nose-dived past my toes. Had I shared too much of myself? Then someone commented online that this essay led to their first-ever response to CM. They described their hope for the church as a foretaste of the coming Kingdom of God. Other people responded privately. The foyer was busy!

In this deeply polarizing day and age, we need venues for open discussion. Add your comments to any item on the CM website. Discuss them in the CM foyer or the foyer of your own church. This is how we try together to be faithful as the body of Christ.

Randolph Haluza-DeLay has written periodically for Canadian Mennonite and its predecessor, The Mennonite Reporter, since 1995.

Read more Mind and Soul columns:
What is your theory of social change?
Climate imagination
Cycling the Black history of Ontario
Faithfulness in the face of facts
Lonely without insects

Your writing is making a difference by engaging with a range of environmental and social justice issues in inspirational ways. I look forward to your future columns.