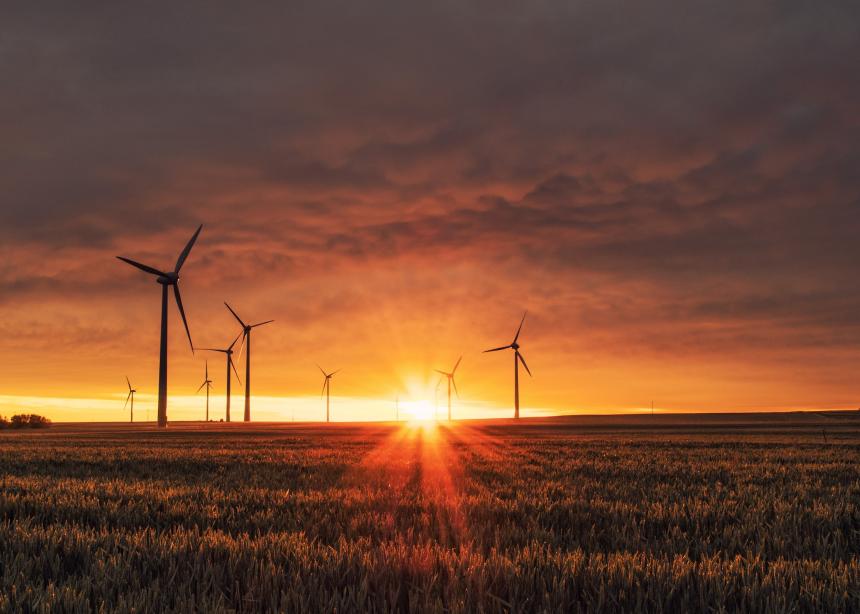 Faith and imagination go hand in hand. Addressing climate change decidedly requires both. Can Christians imagine a different world that takes better care of creation and all human brothers and sisters?

Over the past few weeks I have been intricately involved with a team creating material for people and faith communities, with the intent to imagine more effective responses to the climate crisis. We have focused on climate action from the perspective of solidarity with partners in the Global South, Indigenous Peoples and youth.

September is Climate Action Month for Kairos, an ecumenical justice organization for whom I currently work. The theme is “Decolonize Climate Action,” which combines social justice and creation care, and may better approximate God’s vision for shalom. We need social transformation.

Climate activists and scientists are increasingly following the lead of organizations from the majority world—what we often call the Global South—about the need for profoundly different socioeconomic and political systems, and different worldviews than that which has come to dominate the planet. To decolonize climate action means to listen to, and learn from, others.

Even the Intergovernmental Panel on Climate Change (IPCC) has announced the need for social transformation. It has also named colonialism among the causes of climate change.

European imperialism and colonialism created a world-system that persists to this day. In this system, certain voices have more power than others. A key element of colonialism is the drive to capture the wealth from so-called “natural resources.”

To decolonize climate action means to change these systems.

Industrialized and wealthy countries like Canada have contributed the lion’s share of climate-causing emissions. Our “fair share” of the causes should translate equitably into a “fair share” of the money and resources toward solutions. Mostly that means financial and technology transfers to those who are already facing an unfair burden of climate impacts.

To decolonize climate action means to contribute our fair share.

The world has failed to adequately address the climate emergency. It may be that the existing system is too caught up in old ways and structures. I am reminded of the aphorism: “It’s easier to imagine the end of the world than the end of capitalism.” What would it take for Christians to imagine a different world?

Back in 2009, the World Council of Churches released a statement on eco-justice that began by recognizing “the need for a drastic transformation at all levels in life and society in order to end the ecological indebtedness and restore right relationships between peoples and between people and the earth.”

It also means changing ourselves and the church. Should Mennonites lead on transformative lifestyles equal to the circumstances of decolonization and climate crisis? Can church leaders and congregants talk more about how we imagine social transformation? How do we act in faith to make it so?

Randolph Haluza-DeLay is interim ecological justice coordinator for Kairos. Opinions are his own.

Read more Mind and Soul columns:
Cycling the Black history of Ontario
Faithfulness in the face of facts
Lonely without insects
Mission for now
A culture of peace

This article really gets to the source of our world problems, that "European imperialism and colonialism created a world-system that persists to this day. In this system, certain voices have more power than others."

The article points out the key element of colonialism being the drive to capture the wealth from so-called "natural resources." Under this system, even people became commodities. It persists today with wars started on the basis of greed and the want of power. But it is exemplified most through the continued opening of new oil/gas fields in the face of horrendous impacts of climate change.

Haluza-Delay points out that our "'fair share' of the causes should translate equitably into a 'fair share' of the money and resources toward solutions," and asks the important question: What would it take for Christians to imagine a different world?