Faithfulness in the face of facts 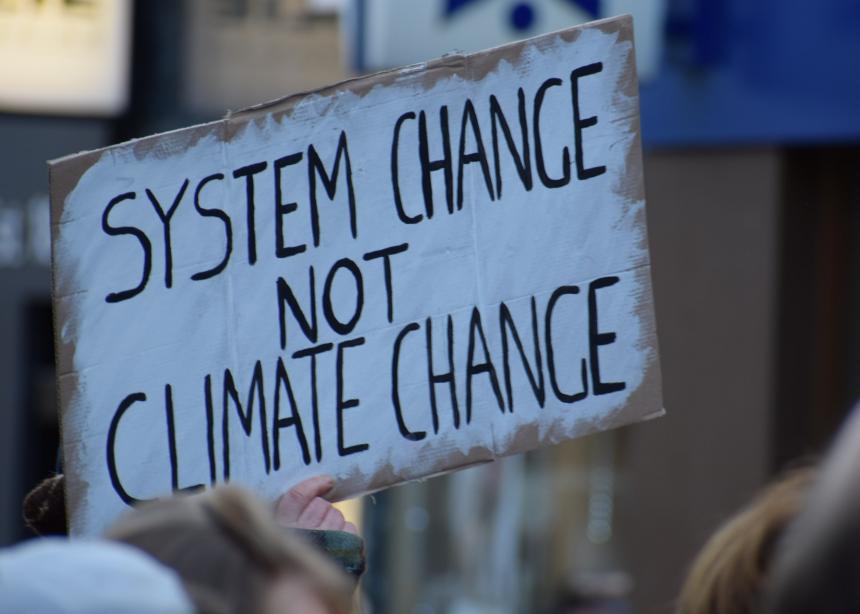 Even if Gandhi is reputed to have said, “Be the change you want to see in the world,” it is clear he did not mean to stop at personal change! Read most histories of this quote, and personal change is the interpretive emphasis. But we all know that Gandhi aimed to change the social and political environment of India, even as he became a spiritual leader who transcended his Hindu foundation.

Last month, I wrote on the biodiversity crisis. It’s Genesis in reverse: a startling die-off in the numbers of our fellow creatures on the planet. If you are only concerned about humans, consider that insects pollinate around a third of our food crops. As fundamental parts of the ecological web, the loss of insect biodiversity, and astounding declines of wild mammals, birds, fish and others, are threats to the very integrity of creation. Those facts are a loss to our spirits.

Later, I was challenged by some very active and concerned youth in our denomination, who said I didn’t offer a clear sense of what to do, and that we should treat some things as the crises the facts show they are. I agree.

Here’s the rub: If I were to offer individualistic solutions, I could say, “Everyone plant pollinator gardens, don’t rake leaves while ladybugs are hibernating, protect the soil from chemical killing agents.” Maybe even, “Buy seeds from Carrick Seeds, sow heirloom tomatoes and other ‘non-standard’ plants, get involved with Bees for Peace.” All good advice. But such recommendations alone avoid dealing with the actual problems. Such “solutions” would not alter the effects of widespread habitat loss, human expansionism and resource extractivism.

Not long ago, I had a terrible exchange with a Mennonite environmental leader who mostly blamed individual consumers as solely responsible for all environmental problems. After all, “Isn’t environmental degradation caused by consumer wants?” No! We live in societies that have cumulative effects that transcend the simple logic of 1+1+1. Production decisions, collective infrastructure, how cities are built and cultural values all transcend the individual.

The same holds for other issues. Why are the minority of humans in what is called the Global North so wealthy compared to the majority world (the so-called Global South)? It has to do with economic systems and ideologies that developed over time—including from colonialism—and continue to most benefit particular countries. According to Oxfam, since the pandemic began, at least 64 countries have spent more paying back debts to rich countries and financial institutions than on health care. No amount of “fair trade” purchasing is going to change those rules.

So what are my real items of advice?

Advocate fiercely for the world you want to see. Join with others to do so. Advocate in workplaces and other institutions. Get politically active. Build alternative institutions. Magnify collective impact. Support others in that work, even to the level of financial sacrifice. Stand with those who battle the status quo. Their road is already hard and lonely.  Be disgusted by lukewarm responses from those who don’t see—or willfully ignore—the magnitude or urgency that you understand. Love them.

As Wendell Berry writes in the magnificent poem called “Manifesto: The Mad Farmer Liberation Front”: “Be joyful though you have considered all the facts.” Even when the facts look dire. Trust in God, but don’t let that be an excuse for less than hearty action.

Read more Mind and Soul columns:
Lonely without insects
Mission for now
A culture of peace
CPT changed its name
On evangelization

I found this article very informative and inspiring. Exceptionally well-written.

Yes! We have too long been seduced by the cult of individual action and responsibility. Really such a narrative reinforces the fundamental problem - an inability to see ourselves as inextricably connected to a larger whole. Such a view plays into the hands of those who benefit from the systems that keep gross inequality and weak environmental laws in place. Where it gets tricky is that our individual daily choices are not irrelevant or unimportant to the problems we face, just very insufficient.
I find Joanna Macy, Buddhist activist, to be helpful here in her identification of the three elements we need for what she calls "the great turning" - a transition into a new more ecological and socially just era:
1. Collective action to stop the current violence and destruction to conserve what remains, ie activism;
2. The construction of real living alternatives to the current systems, ie practical hands-on actions;
3. The transformation of the social patterns and individual ego orientations that give rise to the systems we are trying to change, ie spiritual and cultural work.
In Joanna's way of thinking, none of these alone are sufficient but they are all necessary. We may chose in a given time to focus our energies more on one of these three than the others but need to acknowledge that they are all important.
I think Joanna would agree that embracing joy and love along the way, as you rightly point out, will be the energy that sustain us.