See all of me 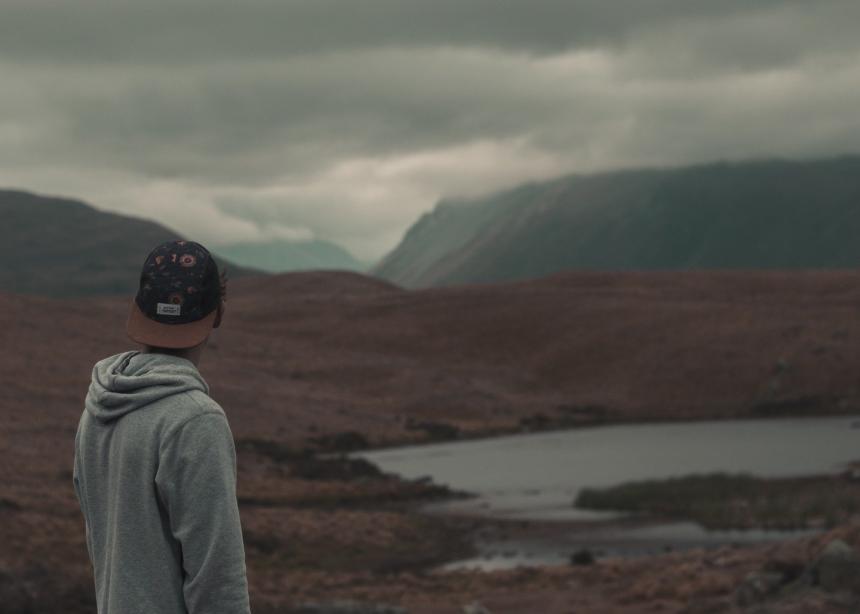 We don’t talk about mental health much in the church. When we do, we tend to see it as deviation from a presumably healthy “normal.” This is deficit thinking. Maybe our standards of “normal” are a problem. Maybe we could see the diverse ways that minds and bodies function as gifts.

As I wrote this column, Edmonton Oilers legend Joey Moss died. How do I describe him? Do I start with “A member of Alberta’s Hall of Fame”? Or “Born with Down syndrome”? Either way positions him, labelling him in particular ways. In fact, it was the characteristics associated with his personality, work ethic and Down syndrome that made him such a crucial member of Oilers teams.

Let me say again—being “different” can be a gift. In Christian theology, gifts are not always desired, nor easy to handle, but they are good. God doesn’t make junk, right?

I struggle with periodic depression, and I have attention deficit hyperactivity disorder (ADHD).

Even after finishing one of these columns, I can be hit with crippling self-doubt, worried that I have sent gutter junk out into the world for you to read. That opinion has no supporting evidence (so far). But that’s part of the problem of mental health: the operating of one’s mind doesn’t always follow the lines of common forms of logic.

Brains simply function differently. I just went downstairs for a Bible and came back with a cup of coffee. “What colour is the sky in your world?” a consternated co-worker once exclaimed.

Is this a gift? Doesn’t usually feel that way. There has always been a lot of criticism for the way I am—that is, the way I act. My ADHD was diagnosed in my 40s; it explained a lot, especially relationship struggles. While I have had levels of success, the ADHD leads to disorganization, impulsivity, unthinkingness, and difficulties following through—or merely getting started on­­—projects. (Ask my long-suffering Canadian Mennonite editor!)

Researchers say that a child with ADHD receives 20,000 more criticisms by the age of 12 than other children. Imagine why I have depression at times! But many Christian mystics would probably have been so diagnosed, yet are deeply insightful to contemplate.

Talking about mental health normalizes the lived experience. One Sunday in our church, a long-time member shared her own struggles with depression, later written up as an article in CM. Doing so led many people to speak with her about their own struggles, she told me.

Sharing has risks. I taught sociology for many years. Once, I was explaining that any topic could be viewed sociologically, even ones that we usually see as medical or psychological. Impulsively, I brought up my own experiences. Some end-of-term student evaluations criticized the teaching as “being too personal,” which became a major negative focus in my annual review that year. But several students came to my office with a grateful “thank you,” and long discussions ensued. Some did papers on the sociology of their own mental-health diagnoses. “The first time in my whole school career that I felt I could be all of me,” commented one. Thanks be to God!

Physical health is easier to assess, and workplaces make better accommodations for physical functioning than for less-visible mental-health functioning. These pandemic times have shown that we can make far-reaching adjustments. Let’s rework how we look at the many ways of being human, and find ways to magnify the diverse gifts of God.

Randolph Haluza-DeLay attends First Mennonite Church in Edmonton. At several times in his life he was nicknamed “Ricochet Randy” for the way he bounced off walls (seriously).

Read more Mind and Soul columns:
Living well together
Learning from Quakers
Why I'm not a Canadian
What kind of father?
What I learned from Ramadan

I just wanted to say that I really appreciated this article, so much so that I decided to write my first ever response to the CM! You’re right; ableism and mental health stigma are such problems but are so common that many see them as normal and thus acceptable. These are, of course, societal problems (as demonstrated by the phrase “disabled by society” commonly used in the ‘social model’ of disability). Even the most 'visible' form of accessibility, physical accessibility, still has a long way to come – ask anyone who uses a wheelchair! For many, invisible disabilities are not even on the radar – or, if they are, are quickly forgotten (looking at you, #BellLetsTalk campaign!).

But I don’t think we talk enough about how they are present in academia and the Church, both of which you mention in your article. I have a lot to say about ableism in academia, but I’ll focus just on the Church for this response. In my time at CMU, I remember Dr. Dan Epp-Tiessen emphasizing how in Pauline theology, the Christian Church is supposed to be a foretaste of the coming Kingdom of God. My hope for the Church is that it will make sure that this is true. Specifically, my hope is that the Church will be an advocate and ally for all forms of inequity, including ableism. How are our buildings, services, or programs inaccessible to people of varying abilities (and learning styles)? How do our theologies blatantly – or subtly – reinforce ableist ideals? Who is not present at the table – and why? And to paraphrase your wonderful benediction: how can we “rework how we look at the many ways of being human, and find ways to magnify the diverse gifts of God”?

Thanks so much for your vulnerability in discussing this topic, and I hope that this article can spark further discussion. Wishing you all the best!