What is your theory of social change? 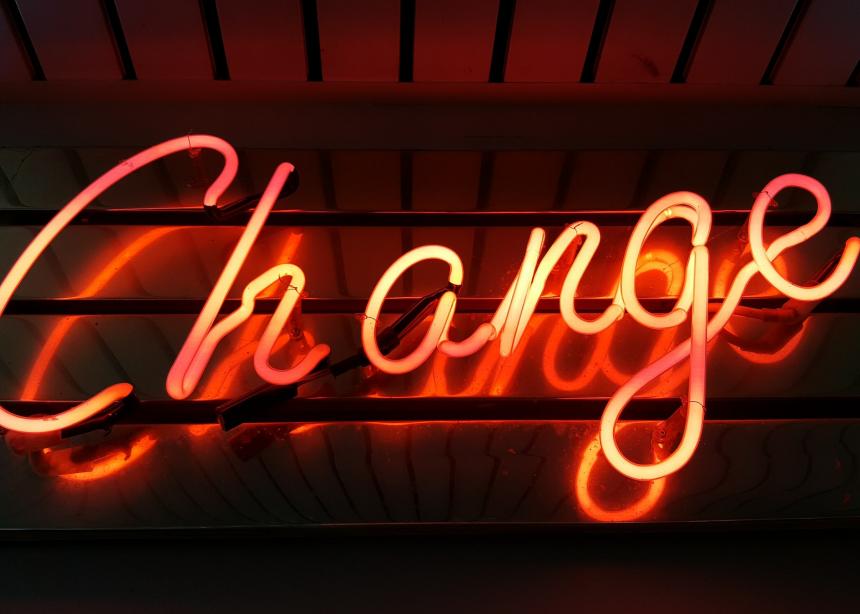 Some years after making a faith commitment, I was drawn by Anabaptism. It seemed to be a movement of the spirit, deeply aligned with the way of Jesus, which had attracted me to the Christian faith. The historic peace churches have had impacts on Christianity in general and the world that far outweigh their limited numbers.

For most of my life, I have also been involved with environmental, peace and anti-racism movements. This activism is driven by my faith beliefs about the values of a society that would be aligned with the desires of God—listening to “the cry of the poor and the cry of the earth,” as the liberation theologian Leonardo Boff put it.

That means my Christian faith is a core part of my involvement with social-change activism. In fact, religion has been an important part of social movements—think Christianity in the peace or civil rights movements—and a movement on its own—like Anabaptism or Christianity itself. As a movement, Christianity has changed the world, often in good ways, although we are right to call out its failures.

Social movements, as citizen-driven, non-institutional challengers of authorities, power holders or cultural beliefs and practices, don’t just target governments. We’ve seen women’s movements in the church, a movement advocating for inclusion of LGBTQ+ believers, and internal activists like those in the Palestine and Israel Network (PIN) of Mennonite Church Canada.

Some activists recently asked me about a statistic that had become something of a cultural meme. How many people are needed for a “tipping point” whereupon social change happens? This statistic was being presented as “the percentage to drive forward on reconciliation with Indigenous peoples” and “the percentage needed to get those in the church to pay attention to climate change.”

We look for magic numbers at our peril! In her book Civil Resistance, Erica Chenoweth mentions that change comes with about 3.5 percent of the population, but this figure is only for those who are the most engaged. Social change needs a much larger pool of people who can provide other support or even just tacit agreement. Participation in social change comes in many ways.

Social change, whether in Canadian society or MC Canada, is a difficult process that takes time and persistence. My theory of social change includes people learning new attitudes and practising new behaviours. Such learning usually came via their social interactions (mostly their own significant others), but activist organizations could get new topics and action on the radar—like Orange Shirt Day or peace churches teaching nonviolence even in times of war. Chenoweth tabulates a great deal of data showing nonviolent civil resistance is far more effective than violence in lasting political or regime change.

Changed behaviour, social norms and other entrenched ways of doing things means that social change is broader than political action. While we should not ignore advocacy to governments, we should also advocate with, or “give witness to,” church leaders and each other. One more thing is clear: Helping change happen means working collectively, and we can’t do that alone!

Read more Mind and Soul columns:
Climate imagination
Cycling the Black history of Ontario
Faithfulness in the face of facts
Lonely without insects
Mission for now

interesting article on social change. Since it is increasingly clear that we are facing a major crisis from global warming, that will at minimum shake the foundations of our fossil fuel-dependent social and economic structure, it would be interesting to hear your views on how Christians can be involved in stimulating a sustainability transition.

What exactly needs to be done and said, by whom, and how? We need a just sustainable new direction for our society, but how can Christians contribute to this change? If time is as short as scientists are now saying, how does this change happen quickly? This would be an interesting column.

Thanks for stimulating our thinking.

Hi John, thanks for the challenging questions.

While I didn't specifically say what needs to happen for the pretty sudden change (transition is a bit weak, perhaps) to true sustainability (sudden because we have dithered so long), I keep saying it isn't about individual solutions. We need "societal transformation," as the Intergovernmental Panel on Climate Change puts it.

Christians cannot only build alternate institutions for the church. But we should have an active (and aggressive witness) of the shalom community that cares for all creation deeply, because it is God's world.

The challenge is that much of Christianity is caught up in the contemporary way of life/social systems. We love our cake, we certainly don't want the cross very much.

For another take on what you asked about, look at this column from a few months ago: https://canadianmennonite.org/stories/faithfulness-face-facts