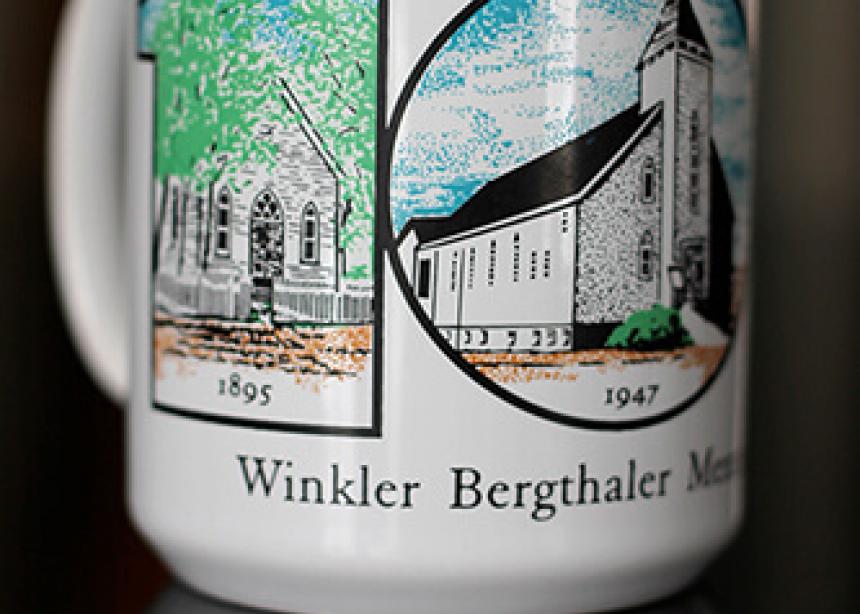 The church’s interim pastor, Jake Doell, declined to comment for the record, but the congregation had indicated earlier that it was not pleased with how the conference was dealing with same-sex issues. It had been critical that conference leaders did not clearly state personal positions in favour of the traditional view.

Ken Warkentin, executive director of MC Manitoba, again declined to state his personal opinion saying the church is in a time of discernment “and we have chosen to do this congregationally according to our polity and historical practice.” This is part of an ambitious balancing act that conference leaders have undertaken.

The official position of MC Canada is twofold. First, “God intends marriage to be a covenant between one man and one woman for life.” Second, MC Canada “acknowledges” that some churches “have been led to a different understanding” after “careful study of Scripture and a prayerful journey of discernment.” Area churches and congregations are left to determine how they “create space for testing alternative understandings which might be a prophetic nudging of the Spirit of God.”

This position—an outcome of the Being a Faithful Church (BFC) process—will be put before delegates at the July 2016 assembly in Saskatoon.

Last fall, MC Manitoba presented its delegates with a document designed to clarify its approach to same-sex matters and the differing views among congregations. The criteria for congregational membership with MC Manitoba is “substantial agreement with the Confession of Faith [in a Mennonite Perspective] and each tenet therein.” That confession includes the one man, one woman position quoted above.

The nine recommendations presented in the document include urging congregations to seek unity, to hold off on finalizing decisions until the nearly seven-year-old BFC process is complete, to be welcoming of people who are same-sex attracted, and to remain in substantial agreement with the Confession.

The document summarizes some of the BFC findings stating that a “significant majority” of responses from MC Canada members reflect the traditional view as expressed in the Confession, but that does not mean people see it as a deal-breaker. “Responses express a desire to be more compassionate and welcoming of those individuals who are same-sex attracted,” the document states, and that differences should not lead to division.

It continues to say that significantly smaller sets of BFC respondents occupy either end of the spectrum, one opposing any visiting of the traditional view and the other wishing for full inclusion of same-sex members.

While declining to share the letter the church sent to him, or the amount the church has donated to the conference in the past, he said they have been “very generous.”

The Plum Coulee Bergthaler Mennonite Church, several miles down the road from Winkler, withdrew from the conferences earlier in 2015 for similar reasons.

With these two departures, contrasted by a same-sex wedding at an MC Manitoba church on Dec. 31, 2015, conference leaders and delegates will face an important challenge at the assembly next summer.