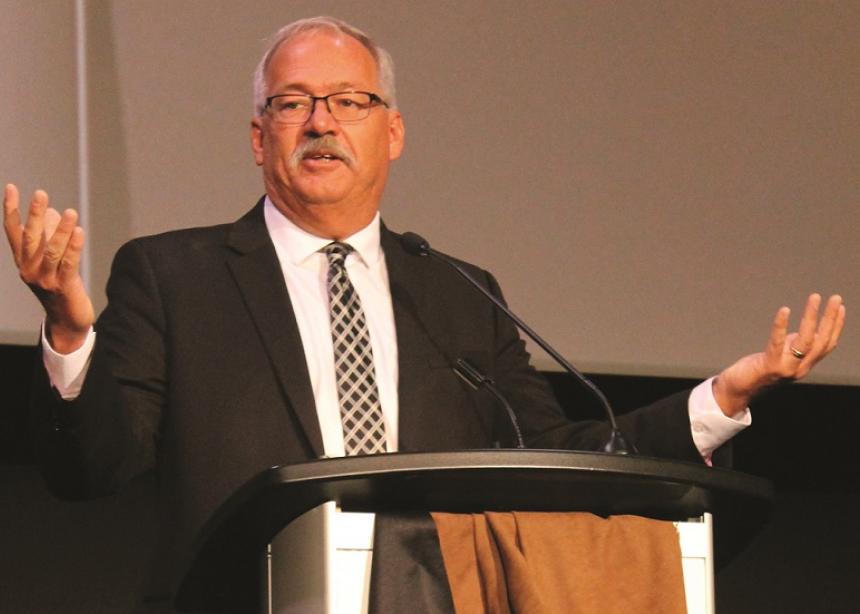 After careful consideration and prayer during meetings in Toronto on May 5 and 6, the Joint Council of Mennonite Church Canada discerned with executive director Willard Metzger that it was the time to seek new leadership for the nationwide church. The Joint Council has appointed a search committee, chaired by Geraldine Balzer, to determine leadership needs and to find Metzger’s successor.

“Since the beginning of his tenure in November 2010, Willard has continued to express a deep commitment to Christ and a love for the church,” says Calvin Quan, moderator of MC Canada. “We have been blessed by Willard’s leadership, which many have described as being approachable, pastoral and articulate.  He has a gift for connecting the diversity of cultures and generations reflected in our congregations across the country. This has served us well in light of the major shifts experienced by the broader church and society over the recent years.”

“These years have included difficult but needed conversations,” says Metzger. “I feel honoured to have been part of the leadership entrusted with these processes. . . . My time with MC Canada has marked me, and I am a better leader and stronger person because of it. I thank God for this gift.”

In his eighth year of leadership, Metzger is the longest serving executive director in MC Canada’s history. He is deeply respected for his ecumenical work, representing MC Canada in the Canadian Council of Churches and the Evangelical Fellowship of Canada, in addition to nurturing strong relationships with Mennonite Church U.S.A. and Mennonite World Conference.

Given the strong mandate from delegates in the Future Directions process, Metzger also led a challenging structural transition that positions MC Canada well for its future together as a nationwide church.

“While we are still in transition, the appreciation expressed about the collaboration felt between executive ministers and leaders across the regional churches is encouraging,” says Quan. “My hope is that the excitement we feel as the Joint Council, the possibilities we see for the future would be felt and experienced by people in all our local congregations across the country. We’re thankful for Willard’s vision that brings us closer together as a nationwide community of faith, and we wish him the very best as he starts the next chapter of his ministry.”

Metzger will continue with MC Canada until the end of October 2018. 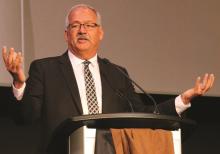 Wishing you a well-deserved rest and every success in your new chapter. The many sacrifices you and your family made so that you might serve is a testament to your dedication to the Church. Be well.