A warming world should make us uncomfortable 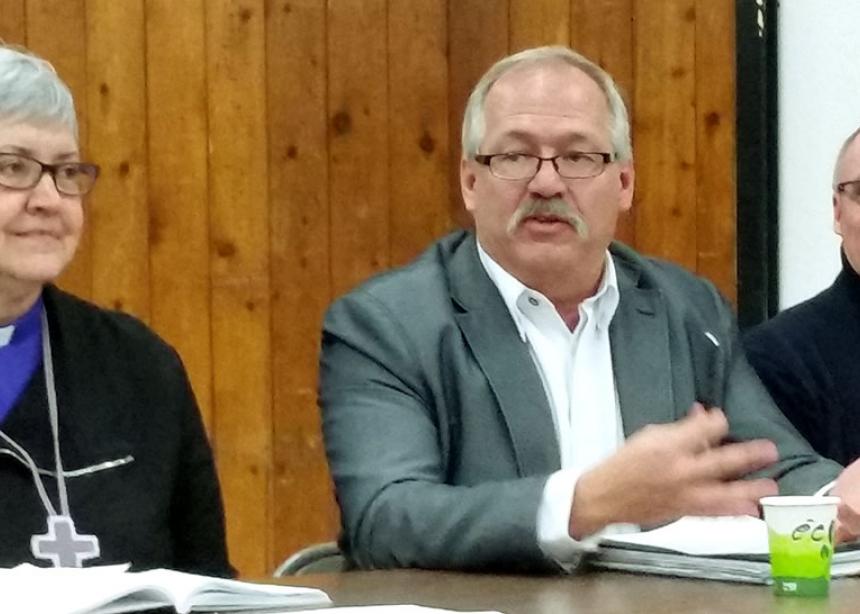 “We’re trying to work for a better environment, but we’re benefitting from the industries that are ruining the environment. Somehow we need to at least acknowledge that,” said Metzger, speaking with Canadian Mennonite on a cross-country tour about poverty and climate justice organized by the Canadian Council of Churches (CCC) and Citizens for Public Justice (CPJ).

“I think we’re struggling—as the rest of Canadian society is struggling,” Metzger said. “We like the benefits [of the fossil fuel industry]. We know that our lifestyles should be evaluated. We know simplicity is a good thing for us, but it’s hard to say no to the things we’ve grown to enjoy. These are uncomfortable conversations, but we need to stay in them. If we try to make them comfortable, we’re never going to get engaged.”

“We need to change wasteful patterns of production and consumption,” the climate declaration states. “This calls for a cultural transformation that brings the values of sustainability to the forefront of the public consciousness.” The document also urges the Canadian government to make binding commitments to reduce carbon emissions and contribute to a fund to help the “poorest and most affected countries adapt to and mitigate the effects of climate change.”

But no one in the pews seemed to notice the declarations. “In 2011, churches spoke together for the first time in the history of Canada on climate change,” said Joe Gunn, CPJ’s executive director, during the cross-country tour’s stop in Winnipeg. “How many people heard a sermon on that?”

No one in the audience raised a hand.

So this year the two organizations decided to send a delegation of church leaders across Canada to share information about poverty and climate justice, and learn what churches in different regions are already doing. Based on their findings, the two organizations will draft a statement to present to the Canadian government this spring. The upcoming federal election makes this a strategic time for churches to raise their concerns, said Gunn.

The delegation is travelling from Vancouver to Ottawa, with stops in Edmonton, Saskatoon, Winnipeg, Kitchener-Waterloo, Ont., Halifax and Montreal.

One thing that has become very clear to all the delegates on the tour is that the issues of ecological and economic justice are inextricably linked. While the wealthiest of the planet’s citizens burn a disproportionate amount of fossil fuels, contributing to the planet’s rising temperature, the poorest people are already suffering the effects: drought, crop loss and increasingly violent weather events.

Tasha Carriere-Spillett, a young woman of Cree descent who spoke at the event in Winnipeg, said her peers are concerned about the health of the land. “If you look at the structure of our communities, they are very intimately connected to the well-being of our homelands,” she said. “Within our worldview, you cannot separate a person and their welfare from that of the territory they occupy.”

“One of the things that has become very clear tonight,” said Susan Johnson, national bishop of the Evangelical Lutheran Church in Canada, “is that we cannot separate issues of poverty and climate justice in this country from issues of indigenous rights and reconciliation.”

Metzger believes that Mennonites have an opportunity to look beyond their own communities in order to work with other faith groups and secular organizations working for ecological justice. “Our efforts have been fragmented,” he said. “There are a lot of different initiatives and each by themselves can look and appear as though they’re not very effective because they’re not drawing huge crowds. But when we start to put all that together into one collective force, there’s a lot of potential.”

Very interesting and timely article. Has your cross country tour come to Kitchener-Waterloo yet?
If not, when and where will it take place?

The Justice Tour event has already happened in the Kitchener-Waterloo area.