War is ‘development in reverse’ 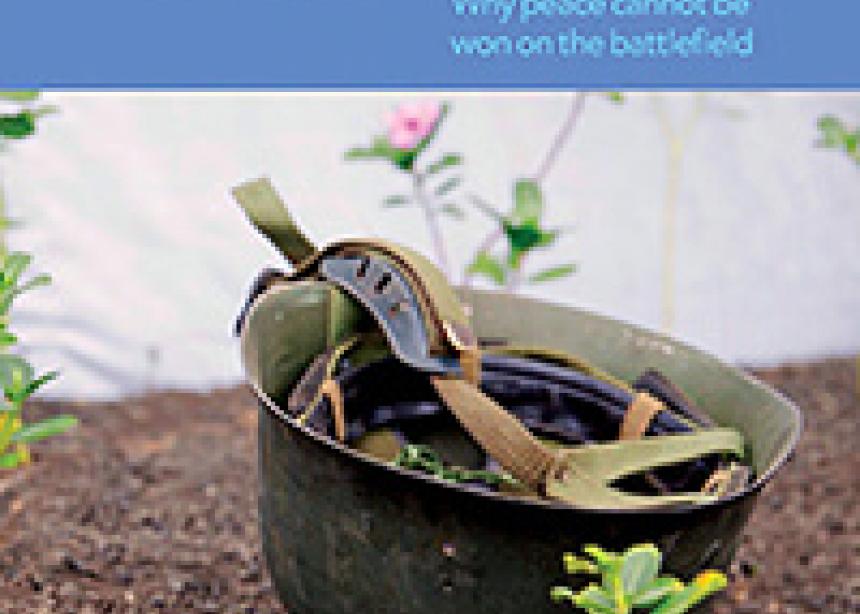 War does not resolve conflict, says Ernie Regehr in his recent book, Disarming Conflict. He examines the wars of the last 25 years and concludes that while military force can win battles and can cause widespread destruction, the end of conflict comes through diplomacy and the right political process. Safety for people cannot be achieved militarily because it requires a political consensus of the population, which needs to see the government as legitimate and trustworthy. Regehr declares that trying to bring military solutions to political problems almost always ends in dismal failure.

Reading this book in a time of increased rhetoric about military responses to terrorism, I couldn’t help but feel that it should be required reading for all political leaders. It is probably human nature to assume that if all else fails, force is the trump card that will defeat “evil,” but Regehr reminds us that this is a myth. If a conflict is not solvable politically, the use of force will not solve anything. In fact, a military presence with a mission to destroy things often makes things worse.

As a co-founder of Project Ploughshares, an organization of research and peace promotion based in Waterloo, Ont., Regehr has lots of experience in presenting evidence-based arguments. He advocates for avoiding armed conflict not from a Christian or theological point of view, but from simple practicality. Wars are expensive and destructive, and they generally don’t deal with the problem. Only after there has been massive destruction are the combatants ready to admit that they are not winning and finally sit down to negotiate. Regehr wishes that countries would put more funding into diplomacy so that unwinnable wars could be avoided.

The book refers to the conflicts in Afghanistan and Iraq as examples of wars where quick military defeats were followed by years and years of civil war. In the modern world, governments that get involved in armed conflicts against insurgents rarely win, and the costs of fighting are immense. In fact, “armed conflict is development in reverse,” according to Regehr. He argues that human development and economic equity are more important for the security of a state than a strong military. An astute government would shift its resources to war prevention, rather than military capability.

Regehr finds hope in the fact that, as of 2015, there are no country-to-country wars and there is less violence in human society than in the past. But he points out that there are far too many civil wars, the international arms trade is far too active and worldwide military spending is near an all-time high. He doesn’t seem very optimistic about a quick resolution to the conflict with Islamic State because it has not seemed interested in negotiation.

Regehr writes confidently. He has done the research and includes lots of statistics and details to strengthen his arguments. However, some of the quotations, details and definitions make it a somewhat challenging read. He includes some anecdotes, but the writing style is dense and the stories are few and far between. Regehr presents his argument from several perspectives so that, at times, it feels a bit repetitive.

On the other hand, the book is very convincing. Regehr never argues that war is morally wrong, but over and over again he shows that it is expensive and tends to be ineffective. Hopefully, political leaders around the world will be able to hear this message.