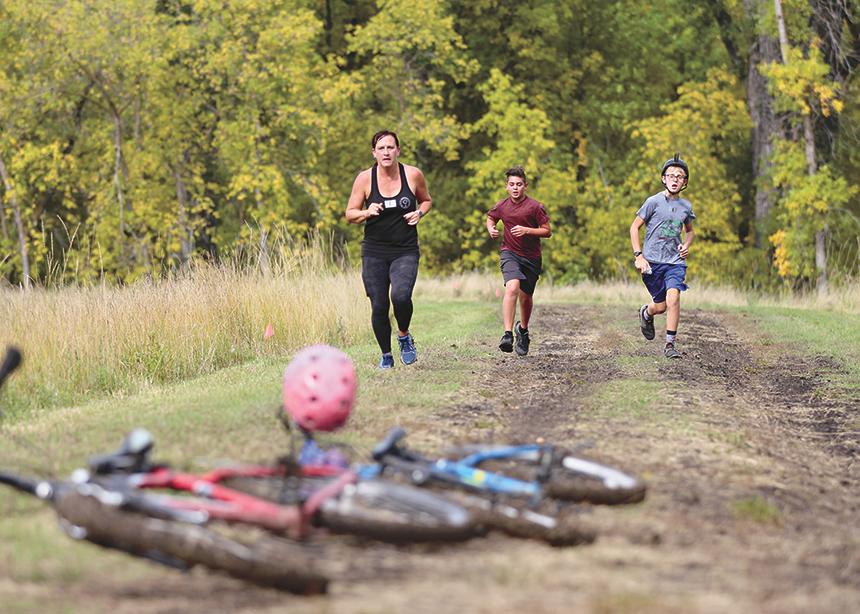 A small group of participants race through a course of off-road bicycling, canoeing and kayaking around Camp Assiniboia’s new lake and running through the forest. (Photos by Darryl Neustaedter Barg)

The first adventure race fundraiser for Camps with Meaning (CwM) brought more than a hundred people to Camp Assiniboia on Sept. 18 to celebrate another summer of camp and to support its future.

The Pedal, Dash, Paddle fundraiser raised $5,100 for the camp’s Covid Recovery Campaign, which will put the money towards camp operations.

“We’re still just trying to catch up,” says, Dorothy Fontaine, CwM’s director, referring to pandemic-induced financial hardships and the slow return of rental groups, which has set it back significantly.

A small group of participants raced through a course of off-road bicycling, canoeing and kayaking around Assiniboia’s new lake and through the forest.

“The lovely thing about an adventure race is that people see all corners of the camp, and get to know it very well,” Fontaine says.

In addition to the race, people enjoyed touring the grounds, visiting the pigs at the camp farm, and eating chili cooked over the fire while listening to music by camp staff. The day ended with a performance played on a burning piano.

Fontaine says that camp this summer was an overall success, running its full schedule, including overnight programming and camp for adults with disabilities for the first time since COVID-19 hit Manitoba. Camper numbers were at 85 percent of pre-pandemic attendance in 2019, which exceeded her expectations.

While there were fewer staff and volunteers than most summers, their energy was phenomenal, Fontaine said, adding, “Everyone was so excited to be back and do what camp does best: be outside in nature, show love and care for one another and learn about the Bible.”

It’s one of the many reasons supporters want to help CwM recover and carry on long into the future. 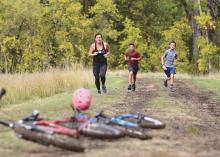 A small group of participants race through a course of off-road bicycling, canoeing and kayaking around Camp Assiniboia’s new lake and running through the forest. (Photos by Darryl Neustaedter Barg) 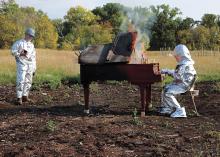 The CwM fundraising day ended with a performance played on a burning piano.