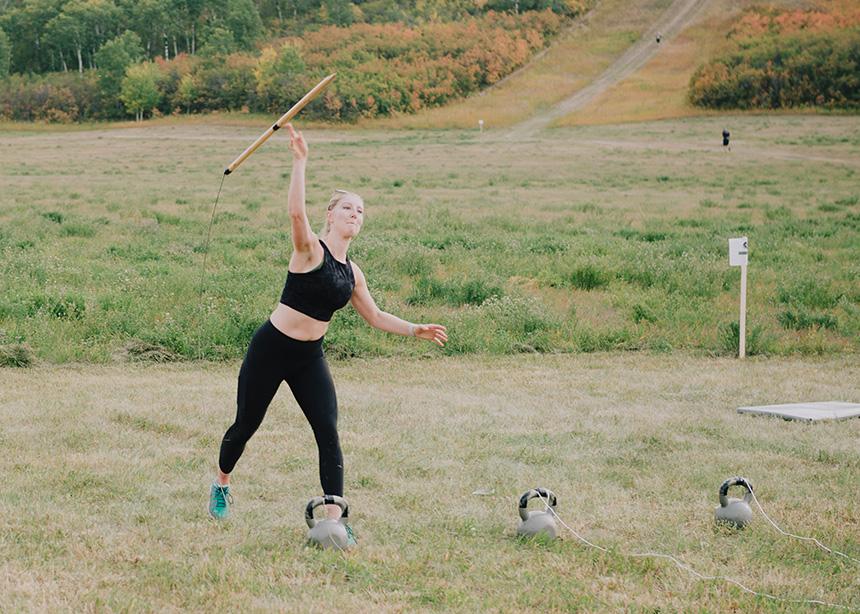 Participants were invited to walk, bike, hike, paddle and even compete in a Spartan-style obstacle course event. More than $500 was raised for Shekinah. The eight-member planning committee has been preparing for the event since April.

“Shekinah is a very special place for all of us on the committee, that’s why we’re motivated to plan this event,” said Hamilton Fast, the head of the committee. “I spent my whole life there, as a camper, a counsellor-in-training and working there. That’s true for a lot of the people on our planning committee.”

The very first Move-A-Thon was held many years ago, according to Fast. Originally, it was a Bike-A-Thon from Saskatoon to Shekinah. Over the years, there have been many iterations of the event, including a virtual Move-A-Thon in 2020. For the past two years, the committee has been partnering with community groups to help introduce people to all that Shekinah has to offer.

“We certainly have our tried-and-true Mennonite supporters, the people who have been coming here and supporting Shekinah for years”, said Kirsten Hamm Epp, a member of the planning committee. “But we’re also welcoming people who may have never been to Shekinah or even heard of Shekinah, through our new partnerships with Freedom Functional Fitness and the Saskatoon Canoe Club.”

After touring the camp, Belanger agreed that the location was ideal. More than 25 people participated in the Fury Road event, in which competitors climbed over walls, ran up Quill Hill, crawled under barbed wire and threw spears, among other challenges. Belanger is excited about continuing to hold the race at Shekinah in future years.

“It was awesome,” said Dedelley. “Such a good event.”

The women had never heard of, or been to, Shekinah before. They noted what a beautiful location the camp was, especially with the fall colours starting to come out.

When asked what the most difficult challenge of the course was, the three women responded: “Quill Hill!”

Another growing partnership for Shekinah is with the Saskatoon Canoe Club.

“We’ve had this collaboration between the Move-A-Thon and the Canoe Club for the last two years,” said Hamilton Fast. “Scott Feick, one of the planning committee members, is also a member of the canoe club, so he had contacts there. We invited the members out to experience the North Saskatchewan River. It’s an easy paddling trip, about 90 minutes to two hours, depending on the river conditions. They bring a whole bunch of paddlers, so it’s great to bring more people out to see and experience Shekinah. We had 20 participants from the canoe club this year, and that proves that this partnership works, when people choose to come back for the second year in a row.”

The committee looks forward to future Move-A-Thons as the entry point for people to all that Shekinah can offer.

“I think just keeping the partnerships going and bringing out new people is our desire,” commented Hamilton Fast. “To keep showing the hidden gem of Shekinah. It’s so good to have the tried-and-true supporters and to welcome new people, too. We had 120 people this year, which is significantly higher than the 75 we had last year. We want to continue to make the event more accessible to more people. What else can we add? Shekinah really has something for everyone.” 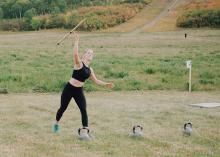 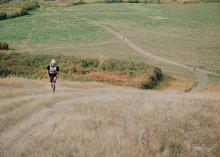 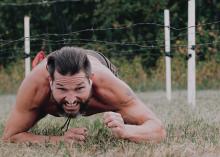 A racer attempts to ‘army crawl’ underneath barbed wire as part of the Fury Road Race. (Photo by Taylor Summach) 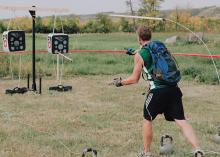 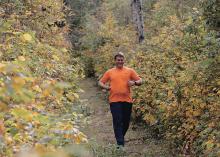 Despite the intensity of the race, there were plenty of fall colours to enjoy. (Photo by Taylor Summach) 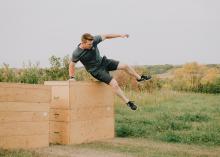 A man makes a leap over one of the walls on the obstacle course. (Photo by Taylor Summach) 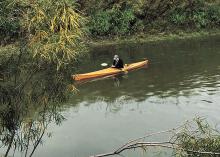 A kayaker heads out for a paddle on the North Saskatchewan River. (Photo by Emily Summach)