Songs about growing up, climate change and empowerment

Rosebud, Teen Daze and Begonia are three music acts worth listening to 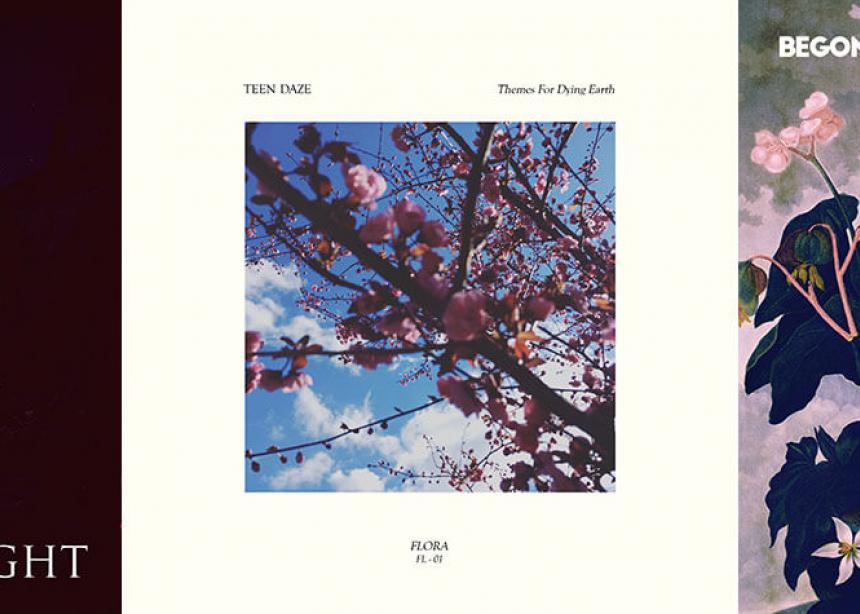 In the last issue of Canadian Mennonite, we introduced you to Sparky and the Plugs, a bluegrass quartet from the Saskatoon area that got its start playing music in church. Read about three more music acts with Mennonite roots who have new albums out.

You guessed it. Winnipeg music duo Rosebud takes its name from the sled belonging to the titular character in Orson Welles’ classic 1941 film, Citizen Kane.

“[Rosebud] has kind of youth and winter and snowy connotations, so I liked it,” says Zach Rempel, 23, who is joined in the band by Nathaniel De Avila, 28.

The duo released their debut album, Night, as a pay-what-you-want download on Bandcamp last month. Rempel wrote the 11 songs on the album after studying and travelling in Iceland and Europe for a year.

Working on the material that would become Night was a way for Rempel to both reacquaint himself with his instruments once he got home, as well as give himself a fun project to work on while he finished a degree in linguistics at the University of Manitoba.

It’s an introspective collection of mid-tempo alternative folk that explores themes of growing up and figuring out one’s way in life.

Rempel sings and plays guitar, bass and cello on the album. He enlisted De Avila to play drums and do the recording. Some of the material was recorded in the basement of their church, Sargent Avenue Mennonite, in Winnipeg.

The six-month recording process was rewarding, De Avila says. “There were probably three or four days where I [got frustrated and] thought, okay, this record just needs to get done, but that’s not bad, considering we spent hours and hours and hours on it,” he says.

When electronic musician Jamison Isaak (aka Teen Daze) first spoke with Canadian Mennonite in 2011, he was about to release A Silent Planet, an EP inspired by the C.S. Lewis novel Out of the Silent Planet. The story centres around Dr. Ransom and the mystical, celestial journey that he takes to a new land.

For his new album, Isaak found inspiration back on Planet Earth. “Much of my work is inspired by nature, and it’s scary to think that future generations may not have that same relationship,” he says in a news release accompanying his new LP, Themes for Dying Earth.

“The album starts with ‘Cycle,’ a song about my personal experience dealing with anxiety and depression, and it slowly zooms out to cover some of the external forces, like climate change, that are affecting those experiences. After touring last fall, I came home so cynical and worn-out, I decided to take all the nervous energy I had about the world and filter it through more optimistic, positive sounds.“

Isaak grew up in the Fraser Valley of B.C., and studied music at Columbia Bible College in Abbotsford, where the name “Teen Daze” first emerged.

Released on Feb. 10, the new album is the followup to 2015’s Morning World. That record consisted of vibrant indie-pop and influenced Isaak’s return to ambient electronic music on Themes for Dying Earth.

“I learned so much from the experience making Morning World, it would be a step backwards if I didn’t apply it,” he says.

Known for her work in the Juno Award-winning band Chic Gamine, Winnipeg musician Alexa Dirks announced Begonia, her solo project, last year. She released her debut EP, Lady in Mind, on Feb. 10. It’s made up of four songs Dirks co-wrote with long-time friend Matt Schellenberg—known for his work in acclaimed experimental pop sextet Royal Canoe—and one she wrote on her own.

The 29-year-old’s powerful voice has always recalled the golden age of soul music. Mixed with her musical upbringing in ’90s rhythm and blues, ’70s folk and Fiona Apple, and coupled with the forward-thinking pop production of Schellenberg and his Royal Canoe bandmate Matt Peters, it all makes for a unique, engaging collection of songs.

“Mostly, these songs are about love in different forms,” Dirks says in a news release. “Some of them stem from a pretty important and bad breakup, but they’re not all about my relationships with men. They are about my relationship to myself as a woman and the others around me while I try to understand the joy, anger and restlessness that fits into my life.”

In 2015, Dirks told Canadian Mennonite that, for her, performing is about “communicating with people, unifying people through music and also just contributing to something beautiful in the world.”

She hopes that Lady in Mind inspires listeners. “I want people to listen to this music and feel empowered,” she says in the release. “I especially want women who feel a little awkward and lost in their day-to-day life to feel like they are not alone.” 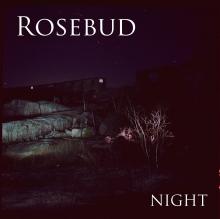 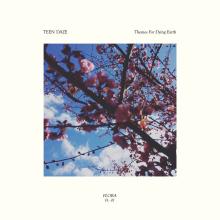 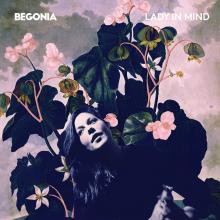