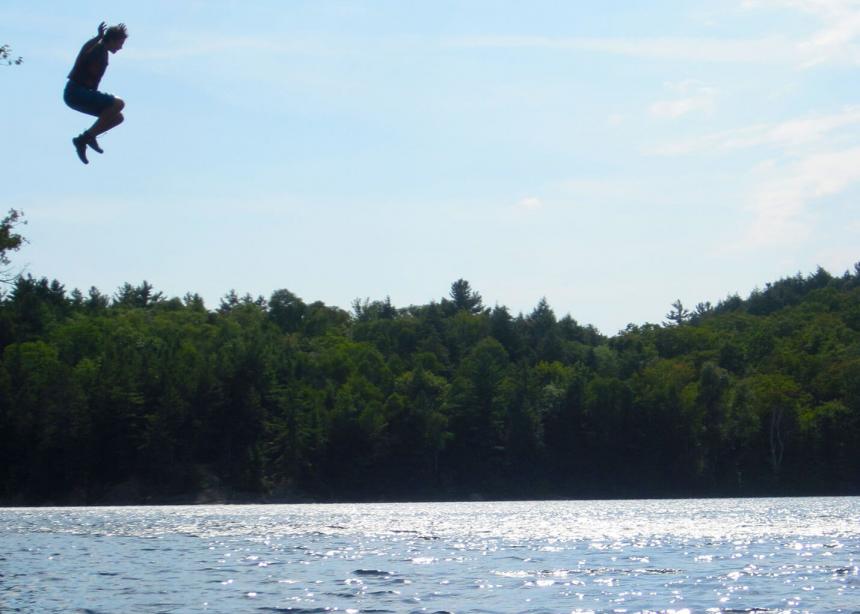 How can we deepen Christian faith formation at camp?

In wrestling with this question, the leadership team at Silver Lake Mennonite Camp, located near Sauble Beach, Ont., launched a new initiative last summer to take its longstanding faith-building tradition to another level. The team created a new position called “spiritual life coordinator” and hired David Penny for the position, made possible by financial support from Mennonite Church Eastern Canada.

A big part of the role was to be a resource to staff, helping them find “creative, meaningful and authentic ways to weave the faith theme throughout the summer camp experience.”

For example, staff were invited to participate in a Devotion Committee so they could develop personal reflections, litanies or skits to share with campers at nightly campfires. Penny assisted head counsellors in their role of supporting staff. He also met with staff one-on-one and informally to accompany and mentor them in their own faith journeys.

“I am still in awe of the willingness of the staff to speak openly with me and one another about their struggles, doubts and questions of faith,” Penny reflected after the summer. “I knew I wanted to be more than just a listening ear or the occasional closing prayer. . . . I wanted to push staff from the routines and ruts we can all find ourselves caught in when ensconced by a comfortable and familiar setting.”

“This was only made possible by the openness of staff to share their journeys,” he added. “[Together] we crafted a sacred, thin space along the shore of Silver Lake.”

Penny led all the Quest sessions with campers, except for the first week. The program was based on the theme “Stories of discovering Jesus” that was adapted from the 2016 MennoMedia Vacation Bible School curriculum.

In his reflections at staff and camper gatherings, as well as with parents at opening and closing campfires, Penny often referred to the unique opportunity that camp presents to be immersed in God’s texts as found in both the Bible and in nature.

According to Karen Cornies, Silver Lake’s executive director, the camp hopes to continue the spiritual life coordinator position this coming summer, in order to build on the great work that was done last summer.

Other Focus on Camping stories:
Camp farm program invites delight in God’s creation
‘So supported’
The beauty in difference
I can’t wait for summer’
Peace Camp 2016 was a huge success!
A front-row seat
A special faith-based community 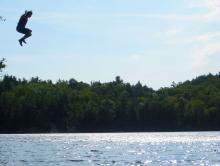 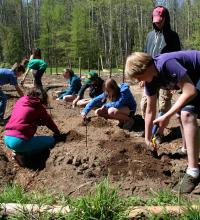