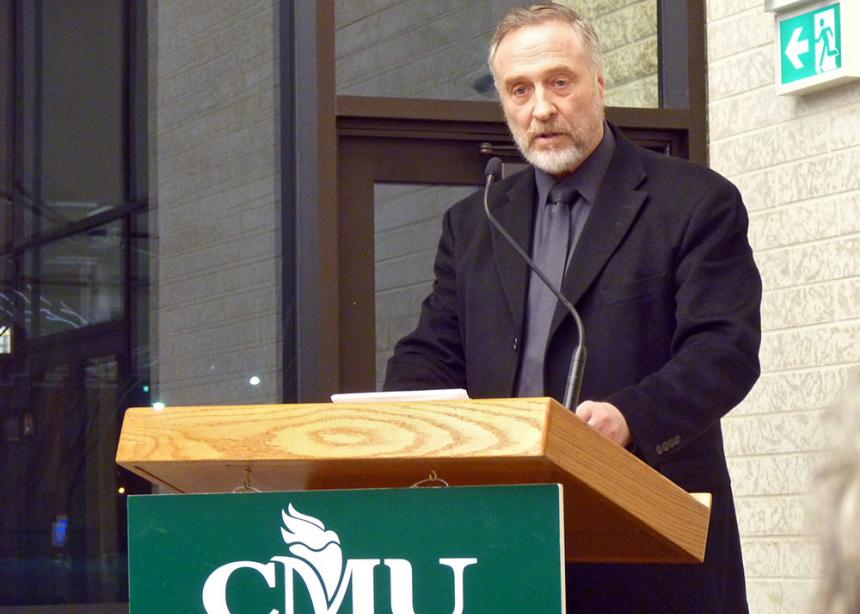 Late arrivals had to find their own chairs as students, academics and commu-nity members filled Marpeck Commons at Canadian Mennonite University (CMU) on Feb. 26 to hear Rev. Dr. David Widdicombe explain what it means to “sow the wind” by misusing Just War theory.

If people go to war for any reason other than restraining evil, the consequences will be worse than their actions, according to Widdicombe, saying, “You reap the whirlwind.” He went on to critique the West’s response to Islamic State, and invoked Pilgram Marpeck, the venue’s namesake.

Widdicombe said that the U.S. misuses Just War theory “to justify the waging of war where and when it sees fit.” He said he is against using causes like freedom, equality and democracy as reasons for violence, maintaining, “The use of force is for the restraint of evil, and nothing more idealistic than that.”

In response to the lecture, Justin Neufeld, a CMU philosophy instructor, reminded the audience that this point is critical for understanding Just War. “It isn’t even about justice,” said Neufeld.

Because today’s war on terror is framed as a positive mission of liberation, rather than a last-resort containment of atrocity, it is not a Just War, in Widdicombe’s view. He said this is why the conflict keeps escalating: the West has sown the wind.

Those using force must consider who it is used against, and to what it responds. Widdicombe separated terrorist supporters from their leaders, saying force can be “punitively harsh toward the doctrinaire without closing the door of peace to the supporter or the civilian.” Asking what prompts violence is important because violence may be the desired response, he said, claiming, “Military overreaction is one of the terrorist’s goals and therefore should not be one of ours.”

Since just force is limited, Widdicombe said it should never be the only active route. He focussed on the common humanity of all sides as a basis for political negotiation. “Those who make war have their reasons,” he said, as a reminder that perceived enemies are being rational and seeking what is good in their view. Widdicombe said to never give up on dialogue with others, “even as we wage war against them.”

Although speaking to current issues, Widdicombe showed his academic background with a deep catalogue of theological sources. Concepts and quotes from Augustine’s classic City of God were woven throughout his lecture.

Widdicombe also referenced early Anabaptists. Drawing on the Schleitheim Confession, he said that “while the sword may be outside the perfection of Christ, the sword is not outside the providence of God.” Violence is not ideal, but there is some role for it.

When asked if peace churches have any part in Just War, Widdicombe tied in Pilgram Marpeck. For him, Marpeck’s idea of “critical participation” in civic life meant “the Christian must at least have had something to say to the government on the use of the sword.” In terms of his key formulation—restraining force while using force to restrain evil—Christians can at least call for the restraint of force so it is not overused, he said.

Although Just War was the main idea, young members of the more than hundred-strong audience were most drawn to the theme of common humanity.

Peter Brown, 24, said Widdicombe’s perspective “denies us the easy way out of demonizing” people the media labels as terrorists, and “pushes us to recognize the ambiguities of living in this world.”

Lisa Obirek, 28, was struck by the possibilities for negotiation between conflicting groups. “There will be a rational principle that guides someone,” she said.

Although encouraged, she would have liked to have heard more about the role of average citizens. “What about people who are not directly involved with the state?” Obirek asked. She travelled to Iran for an interfaith dialogue last year and now wondered, “Could that be considered an effort to connect in those ways?”

There was also a sense that clear distinctions between groups remained. “It’s polarized,” said Matthew Dyck, 20. “It’s focussed on how we respond to the Islamic State . . . although it is geared toward working with them, it acknowledges we’re separate.”

In a CMU news release, Karl Koop, professor of history and theology, said that, while Widdicombe is not a pacifist, he is not enamoured with Just War reasoning either, at least not in the way in which it is applied in the contemporary context.

“We may differ with Dr. Widdicombe’s point of view, but he is the kind of conversation partner that we need beside us as we together think through what it means to be faithful in a year of war and conflict,” Koop said.

Jonas Cornelsen, 21, is a student at CMU. He attends Hope Mennonite Church in Winnipeg. 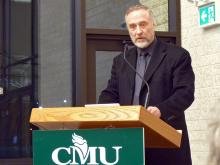 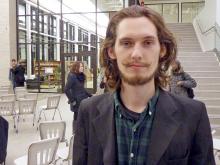 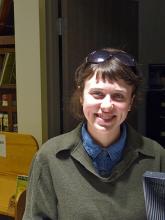 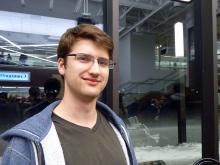