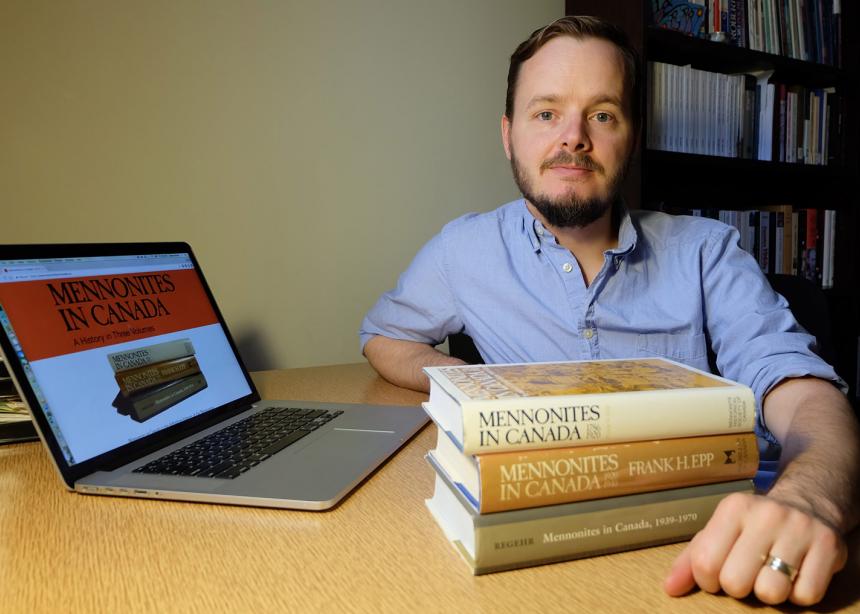 When Jeremy Wiebe heard that the remaining inventory of Mennonites in Canada (Vols. 1-3) were in danger of being shredded to save warehouse storage fees, he took action. Using his computer programming skills and an offer from the Centre for Mennonite Brethren Studies to take care of transportation to Winnipeg, storage and shipping, Wiebe established a web store with e-commerce capabilities that went live on April 12, 2017.

Wiebe’s idea was pitched at the January meeting of the Mennonite Historical Society of Canada, which had been looking for a way to sell its remaining copies of the Mennonites in Canada volumes.

The three volumes—1,500 pages in total—are widely recognized as the definitive history of the Mennonite experience in Canada from 1786 to 1970. The first two volumes, published in 1974 and 1982, were authored by Frank H. Epp; the third volume was written by Ted Regehr and published in 1996.

Wiebe, a Mennonite history student in graduate studies at the University of Waterloo, Ont., is not surprised by the response. “An entire generation has come of book-buying age since the last volume was published,” he says. “It would be a shame to see the books destroyed when there are people who would be thrilled to own this history of the Mennonite experience.”

To order, visit mennonitesincanada.ca. For orders outside Canada, email cmbs@mbchurches.ca for a quote on shipping costs. 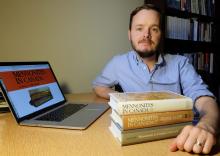 This is a shortened version of Conrad's original article. One very important detail that has been omitted: the price! Just $5 per book.