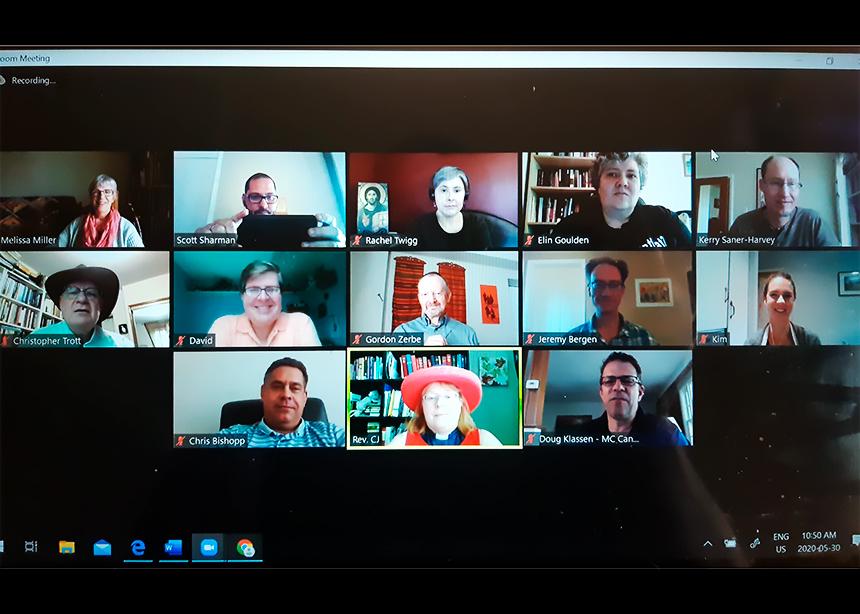 The Anglican-Mennonite Dialogue scrapped plans for a meeting at Conrad Grebel University College in Waterloo, Ont., this spring, due to pandemic restrictions but met electronically on May 29 and 30.

The pandemic also changed the theme of the meeting, originally planned on creation care and ecological justice. Instead, most of the meeting explored the impact of the pandemic on local congregations and in national denominations. The group also looked forward, giving voice to potential opportunities arising from the pandemic.

One area of note was that of communion-eucharistic practices during COVID-19, which were indicative of different church structures, understandings of authority and theology. Mennonite members reported various ways communion had been celebrated virtually during the pandemic. Anglican members shared that, while technologically mediated celebrations of the eucharist were largely understood to be incompatible with Anglican understandings and policies, the pandemic realities nevertheless had sparked wide-ranging reflection on the essentials of sacramental celebration and of the possibility of adaptation in the midst of new circumstances.

Christopher Trott, Anglican co-chair and warden of St. John’s College at the University of Manitoba, stated, “Our consideration of the practice of the Lord’s Supper, and the extent to which that is possible over electronic media, led us into real questions of authority in the church. It became clear that there was a wide range of opinions within both denominations that overlapped in interesting and unexpected ways.”

The 13-member group continues to seek out the perspectives of Indigenous peoples. Kerry Saner-Harvey, Mennonite Central Committee Manitoba’s Indigenous Neighbours program coordinator, presented thoughts he gathered on the continuing impact of COVID-19 on Indigenous peoples of Canada. He noted structural injustice, including ongoing intrusions by the resource-extraction industry. Such intrusions create challenges for Indigenous communities during the pandemic as they endeavour to protect their elders and vulnerable members, and to determine their food and health systems. Saner-Harvey remarked on the humour, hope, spirituality and resiliency present in Indigenous communities, where people carry generations of wisdom related to pandemics.

The Anglican Church of Canada-Mennonite Church Canada Dialogue began in 2016, when both denominations approved a resolution. The group held face-to-face meetings in 2018 and 2019. The group has just completed its third year of a five-year mandate and meets virtually or in person three times a year.

At the beginning, members deliberately entered into an open-ended conversation, establishing no specific goals beyond the mandate of a reciprocal exchange of gifts. According to Trott, “Three years as dialogue partners has led to the building of relationships among the members leading to a certain level of trust.  As we proceed, we begin to tackle tough questions in open and honest ways.” The language of gift exchange was present as the group considered resources for navigating the pandemic present in each of the traditions.

Gift exchange has also framed engagement with the World Council of Churches’ paper, “Baptism, eucharist and ministry”; spirited discussions of theology, ecclesiology and traditions have ensued. Questions such as “Would an Anglican baptism be accepted in a Mennonite church?” and “Could we honour each other’s understandings of ordination?” have been discussed. It is possible that wrestling with such questions could lead to answers that foster unity in the Body of Christ.

Melissa Miller is the Mennonite co-chair of the Anglican Mennonite Dialogue, and interim pastor of Pioneer Park Christian Fellowship in Kitchener, Ont. One of the gifts she has received from the Anglican Church is the Book of Common Prayer. 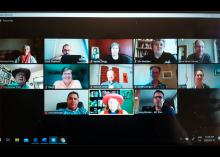 I am just one reader who is heartened by the conversations taking place, within, around and beyond our familiar comfort zones, which hold forth potential for commonly shared faithfulness and joyfully hope-filled unity within, throughout and amongst the body of followers, believers, disciples, students and reasonable sceptics of the eternal unchanging Christ of great I AM!