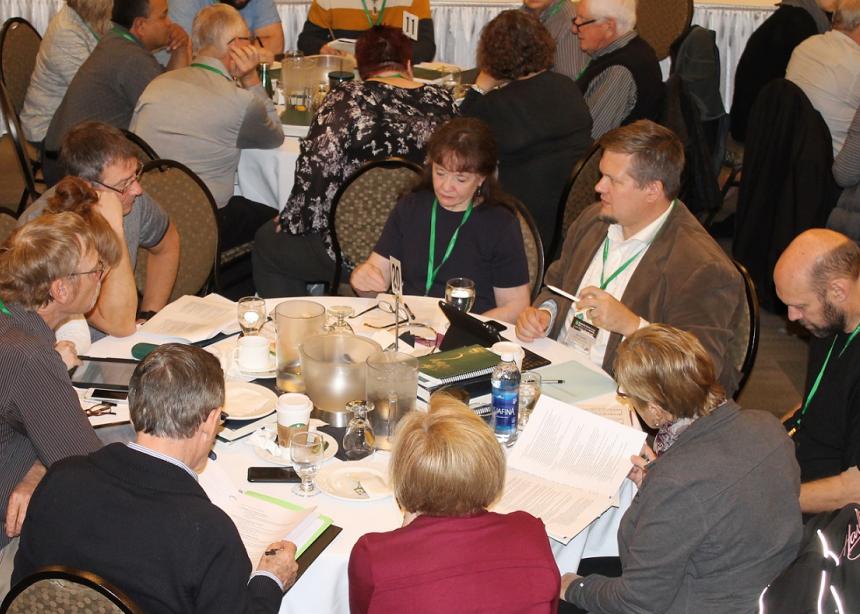 Delegates voted 94 percent in favour of taking Mennonite Church Canada’s existing structures off of life support equipment designed for a society and church culture from a prior century.

In setting up the delegate conversation on Oct. 13, Peter Rempel, moderator of MC Manitoba, noted that the new structure “provides a platform, not a straightjacket, for accepting proposals presented at this assembly in principle,” referring to the several recommendations being presented for affirmation rather than a vote. These included the Covenant and Operating Agreement between the five regional churches (formerly area churches), a proposal on International Witness, and a financial plan. The new bylaw, said Rempel, was guided by decisions made at the assembly in Saskatoon in 2016.

Delegate concerns focussed on such things as the lack of “churchy” language in the new bylaw, the danger of creating congregational silos, power imbalances among regional churches and small and large congregations, how to maintain a Mennonite identity in the new structure, and the underlying vision for the change.

They also worried that regional churches do not have the fundraising muscle to meet their new financial commitments. The Covenant and Operating Agreement among the five regional churches describes a first fruits model that requires them to meet funding commitments to the nationwide church (formerly the national church) for a given year even if their own funding needs are not met.

The $1.92-million financial plan proposed for MC Canada is built on past patterns of congregational funding only, and does not include individual or corporate giving, which in the past has approached the high side of six figures.

Proposed amendments to the bylaw, which legalizes the new structure, were several. Three were carried. The first sought to add assurance that regional churches take seriously the health of their congregations and that regional churches will carry forward national concerns to the new Joint Council. The second advised revisions to allow for the use of technology to attend any future special assemblies. The third called for the inclusion of a reference to the Shared Convictions of Mennonite World Conference.

Other counsel from delegates was referred to the new Joint Council for follow-up, such as scheduled reviews of structures to allow for course changes, instead of waiting for crises to develop; determining how leadership development will receive adequate attention; and the continuance of activities shared with MC U.S.A., such as the ministerial information database.

With the new emphasis on congregations as foundational to the nationwide church, about a hundred people found themselves at a break-out group discussion—the largest breakout group—on congregational vitality. Numerous voices expressed excitement and offered creative ways to tap into resources across congregations; to receive support from regional churches; and to connect them to resources compatible with Anabaptist values, even if those resources are from beyond the Mennonite realm.

Time will tell if the new structures require ongoing intensive care or whether they will lead to discharge from hospital. 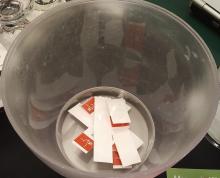 The more accurate and honest interpretation of this change to MC Canada's role would be to admit that it is due to funding shortfalls caused by congregations leaving. Why are they leaving? Because of the unprecedented action of the denomination last summer in Saskatoon to legislate that which God clearly calls sin. As a result MC Canada is now an apostate organization that should anticipate its inevitable disintegration, barring 11th hour repentance.

Regional offices, you are now in the spotlight. Will you experience the same fate as the national office, or will you take a stand for God's truth?

Steve Hoeppner...if you're alluding to the same sex union issue, I say a hearty AMEN!