Offering the gift of non-judgmental listening

Funeral officiant is pastor to those without a faith community 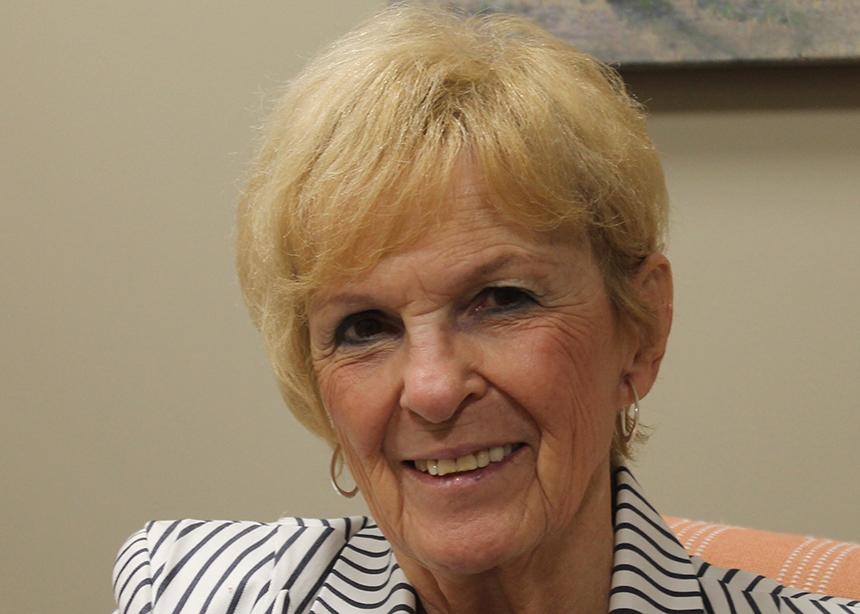 Elaine Presnell has presided at around 600 funerals. That’s a number most pastors won’t achieve in a lifetime. But Presnell isn’t an ordinary pastor. For more than 10 years, she has worked for Mourning Glory Funeral Services in Saskatoon as a funeral officiant.

Previously, she spent 16 years as a psychiatric nurse at Saskatoon’s Regional Psychiatric Centre.

When her husband Ron became ill, the couple searched for a new church home. They found one in Pleasant Point Mennonite Church, about 35 kilometres southeast of Saskatoon. Presnell had already helped out with the church’s Vacation Bible School program for some years, and when they began attending regularly, they found a ready welcome.

Eventually, Ron’s illness advanced to the point where he needed care. “He asked me to take early retirement to stay home with him,” says Presnell. “I didn’t want to retire but felt he needed me.” Sadly, Ron died four days after she left her job.

“That was really difficult for me,” she says. “My job meant a great deal to me. I had lot of support and friends there.”

At a grief support group, she met a funeral director who was establishing a new business. “He was looking for someone who [had] lost a spouse and thought I would be a good fit,” she says. “My only qualification was that I was a widow.”

So she went to work for Mourning Glory as a funeral attendant. After about four years, she began officiating at funerals.

Presnell believes her psychiatric nursing experience prepared her for this work. “You learn in that kind of environment to read people pretty quickly,” she says. Although she was devastated when she lost her husband and her job at the same time, she now sees those events as God’s leading in her life.

“It was really hard for me when my husband passed away. I was surprised how hard I grieved,” she says. But grief taught her what’s helpful and what isn’t. “People sometimes try to fix you,” she says. “[Grief] can’t be fixed.”

Rather, the best gift one can offer a grieving family is non-judgmental listening. “Just being there for people—living out Jesus’ commandment to love your neighbour as yourself,” is critical, she says.

Presnell plans each funeral around the deceased person. “I don’t do a sermon,” she says. “If they [were] people of faith, I try to work that into the service, [but] it’s their life and their journey people want to hear about.”

Because the work is emotionally demanding, she says, “I depend on God a lot more.” She prays as she drives to work. “I’ll get a call about some family . . . and I’ll just say to God, ‘I don’t know what this family needs, but you do.’ I totally rely on God’s guidance,” she says.

In addition to conducting funerals, Presnell follows up with “aftercare.”

Marlene Froese, who attends Nutana Park Mennonite in Saskatoon, is Presnell’s partner in this work. They contact each family a month after the funeral to offer support.

“It’s getting heavier all the time because a lot of people don’t have a church they go to,” she says. “Most have some sort of faith but they don’t have a faith community.”

Aftercare involves “letting people know they don’t have to walk the journey alone,” she says, adding, “They’re often looking for assurance that what they’re feeling is normal and that healing will come.”

“Few people aren’t willing to talk about faith,” says Presnell. “It’s a vulnerable time and people are often looking for God.” But occasionally families don’t want God mentioned in their loved one’s funeral service. “I have to give people what they want,” she says. “I can still honour the person’s life, but it’s kind of a hollow service.”

If people are receptive, she shares with them what she believes. Sometimes she has seen people move toward God because of what she has shared with them.

“Trying to stay balanced” can be challenging. She admits she tends to put her job first. She relies on the support of her spiritual director and several close friends. Her church, too, has played a significant role in helping her maintain balance.

Presnell has been a lay preacher at Pleasant Point for some years. In addition to funerals, she also occasionally performs weddings. On June 2, Ryan Siemens, Mennonite Church Saskatchewan’s executive minister, commissioned Presnell as a lay pastor at Pleasant Point. “You are doing pastoral work every day,” he had reminded her.

For Presnell, the commissioning was an “overwhelming” affirmation of the work she does. “I was amazed at the amount of support [I received],” she says. 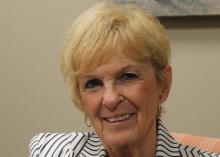 What an amazing and powerful story! This is energizing. Thank you.