Obituary: ‘Dan has left us’ 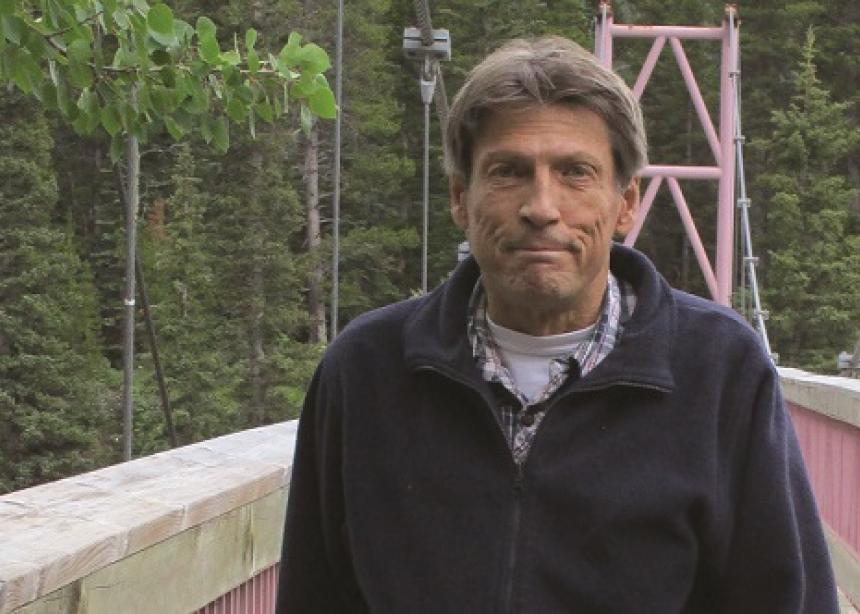 The four short words of this obituary’s title, sent to Mennonite Church Alberta’s area church minister Tim Wiebe-Neufeld, heralded a large impact for the province’s churchgoers, for the Jack family, and for the many friends of Dan and Marguerite Jack.

Jack, the moderator of MC Alberta, died peacefully on July 17 after a medical emergency precipitated by a 15-year struggle with Crohn’s disease.

Skates, a bat and ball, a cowboy hat, a study Bible and a pile of books were among the items on display at a memorial service at Calgary’s First Mennonite Church, where the Jacks are members, on July 28, 2017, showing that he was a man with many interests and involvements.

Jack was born in Toronto, but spent the first two years of life in Brazil, where his parents were missionaries. He graduated from Prairie Bible Institute with many questions that he took with him to the University of Calgary. While there, he paid his way by putting up eavestroughs. He enjoyed the work and the people he met, so much so that an exterior renovation business became a lifelong career.

He never stopped asking questions and learning, and he became a convinced Anabaptist.

He tutored for Athabasca University in world religions, history and philosophy, and was keenly interested in creation care, indigenous issues, justice, and peace concerns.

Over the years, Jack gave of his passion and skill to many boards and committees, some of which include MennoMedia, the Mennonite Historical Society of Alberta and the Institute for Christian Studies in Toronto.

At the time of his death, he was keenly interested in, and excited about, being a part of the Interim Council as it continued the Future Directions process of re-imagining and restructuring MC Canada. MC Alberta will feel the loss of his positive energy and vision.

He is survived by his wife of 44 years, Marguerite (Goerzen), daughters Bronwynne, Charis (Nathan) Rousu, and their children, Katie, Kody and Taylor.

What a loss! I remember Jack with fondness. A quiet but understanding leader with broad views and a big heart.

Dan was my uncle and I will miss him dearly. He will always have a place in our hearts and I know he has touched many with his big heart.