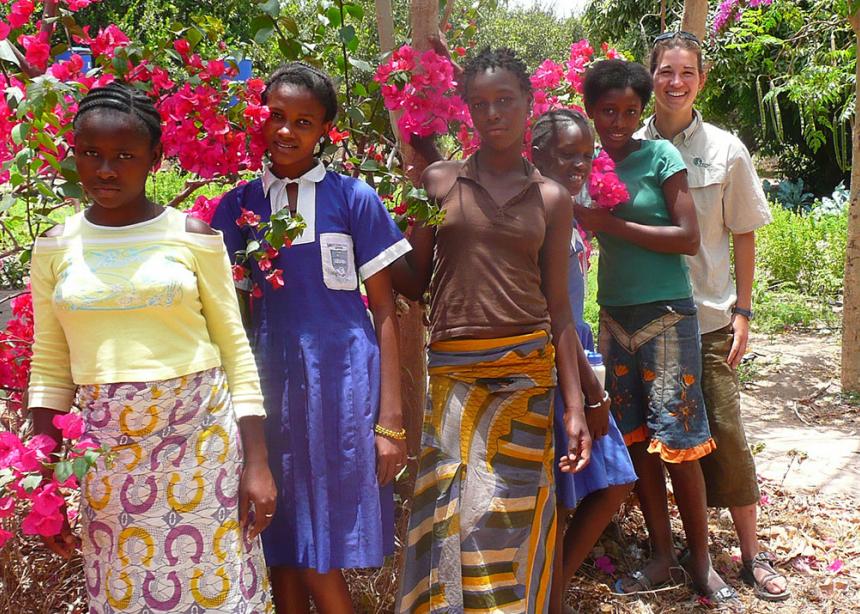 Tending to the grapes she grows in the house she lives in provides Terri Lynn Paulson with a very tangible way of considering John 15, a chapter of the Bible she has been reflecting on in recent months. It begins: “I am the true vine, and my Father is the vine grower. He removes every branch in me that bears no fruit. Every branch that bears fruit he prunes to make it bear more fruit.”

“That grapevine [has] brought a lot of reflection on what it means to be pruned and what the fruit is of allowing oneself to be pruned,” says Paulson, who lives in Saskatoon and is the pastor of faith and community at nearby Osler Mennonite Church. “What it means to let Christ abide in us has been at the forefront of those thoughts.”

The 31-year-old joined Osler Mennonite in May to take on her first pastoral role. That a chapter of the Bible that references growing food would be one of her current favourites should perhaps come as no surprise, given her background in agriculture. Paulson was raised on a farm in Foam Lake, Sask., two hours southeast of Saskatoon.

Her family attended a United church on Sunday mornings, and Paulson’s faith was further nurtured by attending the youth group at a local Mennonite Brethren church, as well as spending time each year at an interdenominational summer camp.

“I learned about God at church, but sort of encountered Jesus at the Bible camp I attended,” Paulson says. “Being in that place has really translated to appreciating the outdoors and wilderness as a worshipful space and a place I connect with God quite deeply.”

Fresh out of high school, Paulson began an undergraduate degree in agriculture at the University of Saskatchewan (U. of S.) with the hope of learning things that would help her fight world hunger. She saw herself eventually working overseas in some capacity.

Studying bio-resources, crop science and soil science brought her to Cuba and Ethiopia to observe local agriculture projects. The trip to Ethiopia was particularly impactful, as it gave Paulson an idea of what working overseas might be like. It also inspired her to learn more about where her food comes from, and what it means to live simply and sustainably.

“I came back from that trip determined to learn how to grow food where I was,” she says.

That interest in learning to grow food brought her to work placements and internships on farms in Saskatchewan, Manitoba, Texas and Florida, as well as the West African country of Gambia. While in Gambia, Paulson found herself living in a small community, working at a church where she spent time gardening with some local women. These women were new to the Christian faith and were shunned by their neighbours because of their Christian beliefs.

“I felt nervous and unqualified to teach the Bible to people who were experiencing it for the first time,” Paulson recalls. “I thought, ‘Wow, this is something I feel is important and it would be good to feel more confident in that.’ ”

Paulson moved to Vancouver, where she studied theology at Regent College for a year. Afterwards, she moved back to Saskatoon and began a master’s program in environmental science at U. of S.

After finishing her degree, Paulson travelled to the L’Abri fellowship on Vancouver Island, B.C., a Christian ministry with locations around the world where people come to work and grow in their faith through independent study, to spend some time reflecting on her faith. While she had enjoyed the rigours of her master’s program, it hadn’t always left a lot of time for Paulson to read and reflect on her Christian beliefs.

“[There are] issues our generation of church leaders [were] talking about that I felt left behind on,” she says. “I hadn’t really spent a lot of time letting the Bible form my thoughts on them.” She travelled to L’Abri with a list she made of 10 topics to consider that included how the church has encountered and talked about human sexuality, the importance of Christians reconciling with indigenous people, and creation care.

Paulson may not have been able to read up on each subject on her list, but her time there was restful, and opened her eyes to new possibilities. Learning about the people who were living and working at L’Abri, as well as the posture of prayer with which they approached life, inspired Paulson. “Had I not gone to L’Abri, I wouldn’t have considered a position in the church,” she says. “It was a pretty formative time.”

Paulson returned to her community agriculture work in Saskatoon, as well as her faith community at Nutana Park Mennonite Church, where she had attended since 2006. When the ministry position at Osler Mennonite became available, she applied and eventually got it. She is only four months into her role, but is finding the work life-giving.

A lifetime spent abiding in Christ and letting God prune her has resulted in fruit in her life that she is eager to share at Osler Mennonite Church.

“It’s a great church, and I feel really supported,” she says. “It’s been really easy to get to know and love the people here.”

More stories about the journey to ministry:
Remade from the inside out
Outside his comfort zone
Flipping the pastor switch
Prodigal pastor
From Mexican Quaker to Canadian Mennonite
Called to be a part of the church 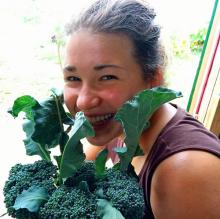 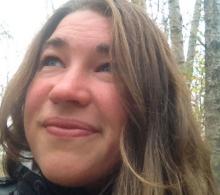