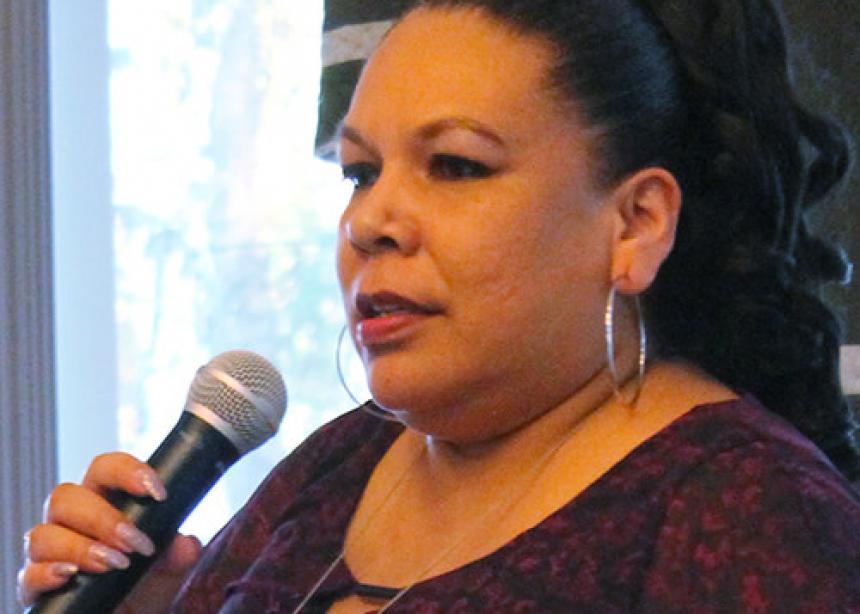 “I needed to go through what I did because that’s what helps me understand the people I work with,” said Jorgina Sunn. The indigenous singer/songwriter was the featured speaker at Parkland Restorative Justice’s Banquet in the Woods, held April 22, 2017, in Prince Albert.

Sunn, who is also a recipient of the Aboriginal Order of Canada Award, was born with fetal alcohol syndrome and spent her early years in foster care. Adopted by a non-indigenous family, she suffered sexual, physical and emotional abuse at the hands of her adoptive parents. By the age of five, she says she felt she was worth nothing. In high school, she began using drugs and alcohol. She eventually fled to Calgary, where she became addicted to crack cocaine.

Along the way, Sunn became estranged from her family, served time in a federal penitentiary, and sought safety and security in street gangs. “My children were taken away because I couldn’t offer them a home,” she said.

Eventually, Sunn reached a turning point. She knew that if she didn’t turn her life around, she would die. And so she moved to Saskatoon, where she entered a detox program and sought counselling. She also found help through a program called STR8 UP.

Founded by Father Andre Poilievre, STR8 UP helps individuals wanting to escape the gang lifestyle. In the program, Sunn learned to break the cycle of abuse she had known since childhood and she learned about cycles of peace. “These cycles are reliant on spiritual values such as honesty, hope, faith, love, courage and empathy,” she said.

Because of these positive experiences, she said, “I have re-embraced who I am.”

Sunn now works with several agencies, including STR8 Up and the Elizabeth Fry Society, helping others who are where she was a few years ago.

She recently reconnected with her children. “Thank goodness I changed my life around,” she said, “because now that honour and responsibility has come back to me.” 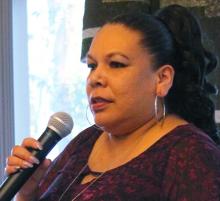