The journey of a feather 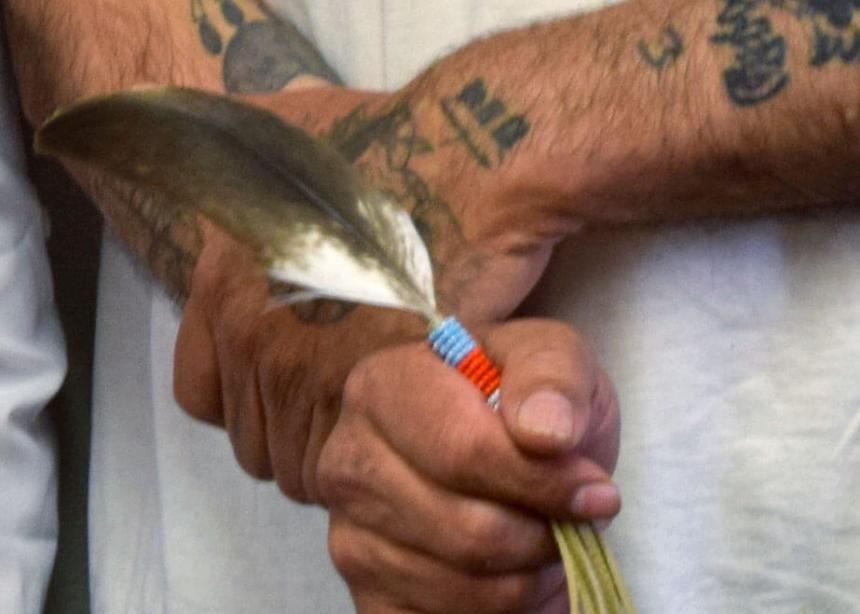 Among many aboriginal people the eagle feather communicates respect, humility, courage and wisdom. Several years ago, I received an eagle feather as a sign of appreciation for my ministry at the prison in Saskatoon. I was honoured but troubled because the feather did not feel like it belonged to me. I brought my concerns to Harry Lafond of the Muskeg Lake Cree Nation and executive director of the Saskatchewan Office of the Treaty Commissioner. He explained, “You are the carrier of the feather. One day you will meet the feather’s owner and you will give it to him.”

I would like to tell you about my meeting with the person to whom the feather belongs, but first want to revisit the events of June 26, 2002. On that day, two men broke into Jo Oliver’s home and brutally assaulted her. The incident left in its wake a tremendous amount of fear and pain. Arrests and convictions followed. About two years later, the older of the two men was designated a dangerous offender, the most extreme designation any person can receive in the Canadian justice system. Once designated a dangerous offender, the person is rarely released from prison.

Jo Oliver is my mother and I work at the Micah Mission as an integration and development chaplain. With support from Mennonite Church Saskatchewan, we promote restorative justice by reaching out to ex-prisoners, but we have never tackled the realities experienced by victims of crime.

The adage “lead by example” spoke to me, so I contacted Alan Edwards from Restorative Opportunities, a program sponsored by Correctional Service Canada. I asked him to set up a mediated encounter with Mervin, one of my mother’s assailants. He was the man who was designated a dangerous offender. Numerous meetings, calls and emails followed, as Edwards worked with my family and Mervin.

One of the first steps we took was to ask Mervin to write his autobiography. He willingly shared his story: 14 foster care homes before he was 12; no father; years in prison; aboriginal and German heritage. He enjoys reading! The young offender who accompanied Mervin on the night of the break-in had taken his life a few years later. Bits and pieces of the story began to form a coherent narrative.

As my family came to know more about the process and who Mervin was as a person, we decided a meeting with him in the penitentiary was exactly what we wanted. Edwards explained that they always engage two mediators in the kind of encounter we were planning.

At our request, the meeting format was a sharing circle. The non-confrontational nature of the circle allowed us to tell our stories, hear Mervin’s story, speak our truths and weep. Mervin listened, did his best to answer some questions, and apologized.

During a short intermission in our sharing, my family was given some private time to talk about our experience. We all agreed that Mervin had received us into his life, and we felt the sincerity of his apology.

When we returned to the circle, I shared the story of the feather and the guidance I had received. I told Mervin that I believed the feather belonged to him. Handing the feather to my mother, I invited her to give it to him. Then in an act of reconciliation, Mom crossed the room, offered Mervin the feather and gave him a hug.

A few weeks later, Mom received a letter from Mervin. He expressed his gratitude for the meeting with my family, and spoke of an inexplicable joy that had come over him following our encounter.

The people with whom we share the story say we have acted courageously. That may be true, but I am more impressed by the fortitude of the man who owned up to his part in assaulting my mother. When he joined the circle he was utterly alone, a man condemned, disregarded and forgotten. He had no idea what we would say or how we would treat him. He came simply and vulnerably. He spoke sincerely, and took responsibility for his behaviour. He apologized without making excuses or bemoaning the punishment of prison, and, in doing so, he demonstrated more humility, courage and respect than I have seen in a long time. I believe the feather has found its home.

Peter Oliver’s story first appeared in a longer version in the Prairie Messenger. 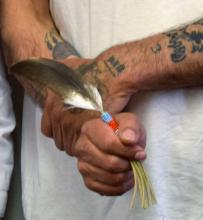