Holding out hope for the post-Christendom church 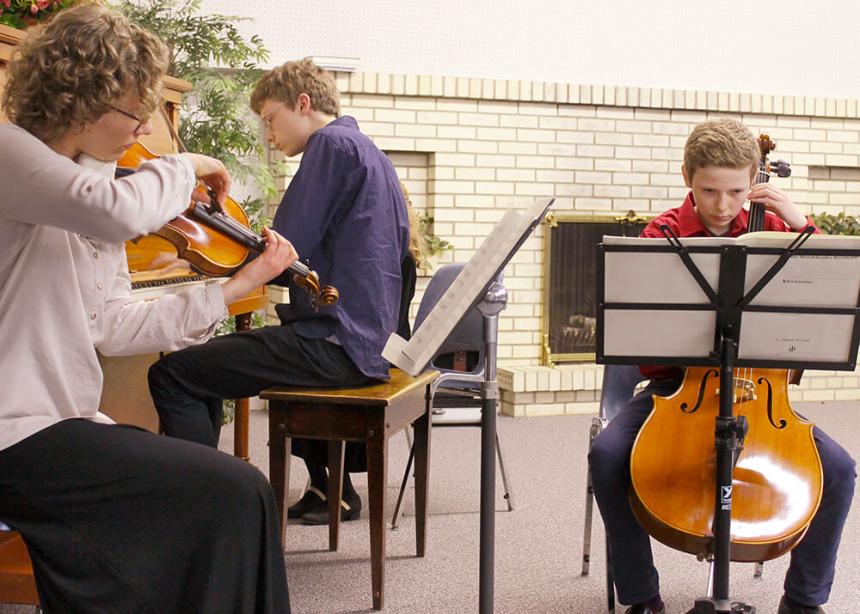 The Naked Anabaptist, by British author Stuart Murray, summarizes the foundational tenets of Anabaptism, but “I have a feeling it wouldn’t have sold quite as well with a different title,” he quipped.

Murray was speaking in Rosthern as part of a two-week tour thanking Mennonite Church Canada for sending Witness workers Michael and Cheryl Nimz to the United Kingdom. The Nimzes connect Anabaptists scattered throughout the U.K. and provide them with resources.

Murray and his colleague, Alexandra Ellish, addressed Mennonite Church Saskatchewan pastors at a luncheon meeting on April 23, 2016. Later that day, Murray spoke at the Canadian Mennonite fundraising banquet. Both events were held at Rosthern Mennonite Church.

During the afternoon session, Murray identified three elements of Anabaptism that are relevant today. First is the focus on the life and teachings of Jesus. “Our culture is not interested in the church, but is still fascinated by Jesus,” he said.

Second is the emphasis on hospitality and community. In the traditional model of faith formation, individuals believe in Christ first, then are baptized and finally belong to the church. Murray suggested that belonging needs to come first. Churches must be patient and welcoming. Florence Driedger of Peace Mennonite in Regina agreed with Murray. “Loneliness is a huge issue,” and “represents a great opportunity” for the church, she said.

Third is the dual emphasis on peace and evangelism. While these may seem opposed to one another, Murray said the teachings of peace and reconciliation represent good news worth sharing.

Daniel Janzen of Carrot River Mennonite noted that in Canada the influx of Syrian refugees has been met with both fear and welcome. He asked Murray and Ellish to reflect on the U.K. experience with the refugee crisis. Murray said that although churches would willingly sponsor refugees, their government has not made it possible for them to do so. Ellish added that Anabaptists in the U.K. are exploring other ways to help refugees, including through Christian Peacemaker Teams.

In addition to discussing the relevance of Anabaptism, Murray helped the pastors explore whether evangelism can be rehabilitated. While there is a decided lack of interest in organized religion today, there is renewed interest in spirituality. Asking the right questions is important. Rather than “Can I tell you about Jesus?” Murray said asking, “Have you ever had a spiritual experience?” might better pave the way to further conversation. Jesus himself asked many questions, Murray reminded his audience.

“Evangelism is not a one-way process,” he said. In Acts 10, both Peter and Cornelius were converted. “It’s a process of growth on all sides,” he added. Christians must be willing to listen, allowing people to ask difficult questions while also admitting they don’t have all the answers.

Ellish said she invites people to name the holy or mysterious in their lives, although not necessarily calling it God. Once people have done this they may feel encouraged to recognize other holy moments.

Josh Wallace of Warman Mennonite asked Ellish whether she thought culture made a difference in naming the holy. He said he finds it most difficult to talk about faith with people of Mennonite background who are no longer in the church. Ellish replied, “With my working-class neighbours God’s not really a thing.” To get them thinking about God she asks them, “What good thing happened to you this week?”

Jeanette Hanson of Rosthern Mennonite noted that in a postmodern world, Christians aren’t always sure they should be evangelizing at all. Murray said Christians need to ask themselves, “Do we really think we have good news to share?”

The postmodern world and post-Christendom church were Murray’s topic for the evening banquet. The new reality, said Murray, is that Christians are no longer a majority in western culture. Today’s church no longer has the resources, personnel or funding it once had, nor does it carry the influence or authority it once did. “We are not used to speaking as a minority,” he said.

While Christians may lament this change, Murray offered a more hopeful scenario. The Christian minority may be creative. “Minorities can do and dare things that majorities cannot or will not,” he said. “They are less concerned with reputation and less invested in the status quo. They can pioneer new initiatives and be experimental.”

The Christian minority may also be prophetic, speaking out on issues of the day with humility. “As followers of a surprising Jesus we need to be less predictable,” said Murray, and “we need to practise what we preach.”

Finally, he said, the Christian minority may be hopeful, embodying stability and gratitude for God’s abiding love and for the promises of a new heaven and new earth that are yet to be. 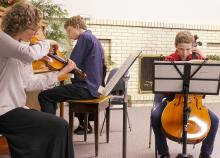 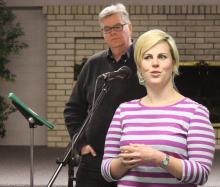 I read your censorship information. Its sad that free speech is not tolerated. How can a person comment on an article if it will be censored? What is next, stopping freedom of religion?

Canadian Mennonite invites comments and encourages constructive discussion on the issues. It does not condone anonymous responses; full “real” names (first and last) are required. Comments are moderated to avoid spam; they do not appear online until approved and are posted during business hours.
—Web editor