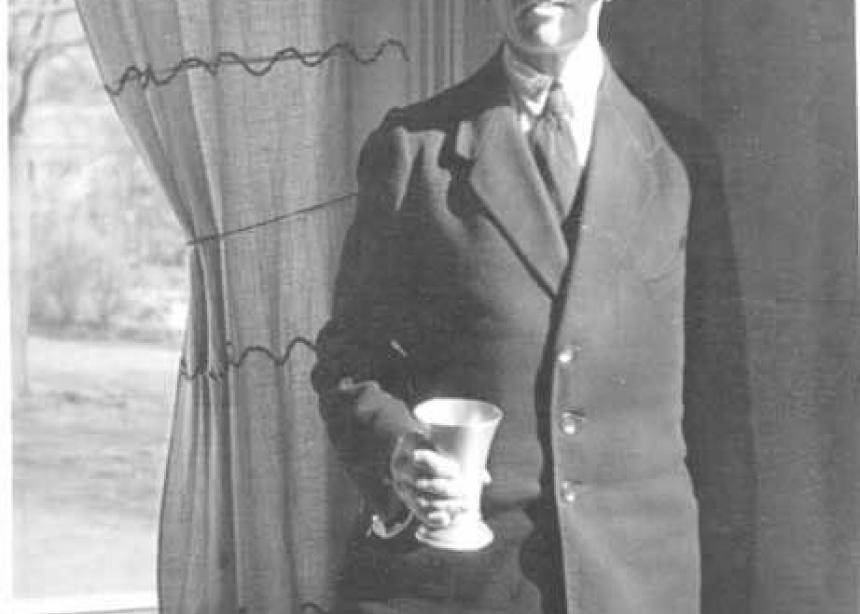 This photo tells the story of a congregation’s diaspora. The last ältester (ordained elder) of the Chortitza Mennonite Church in Ukraine was Heinrich Winter. The church was the first Mennonite congregation organized in Imperial Russia, and thrived up until the Soviet era, when the government made religious activities extremely difficult. In 1943, most of the congregation fled to Germany. Ältester Johann Wichert took this photo of Winter with the church’s last communion cup in 1948. The Winter family emigrated to Leamington, Ont., that same year. Where the cup is now is a mystery. Family lore says it was sent to a Mennonite congregation in South America. 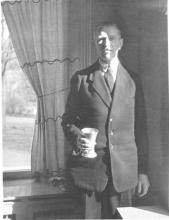