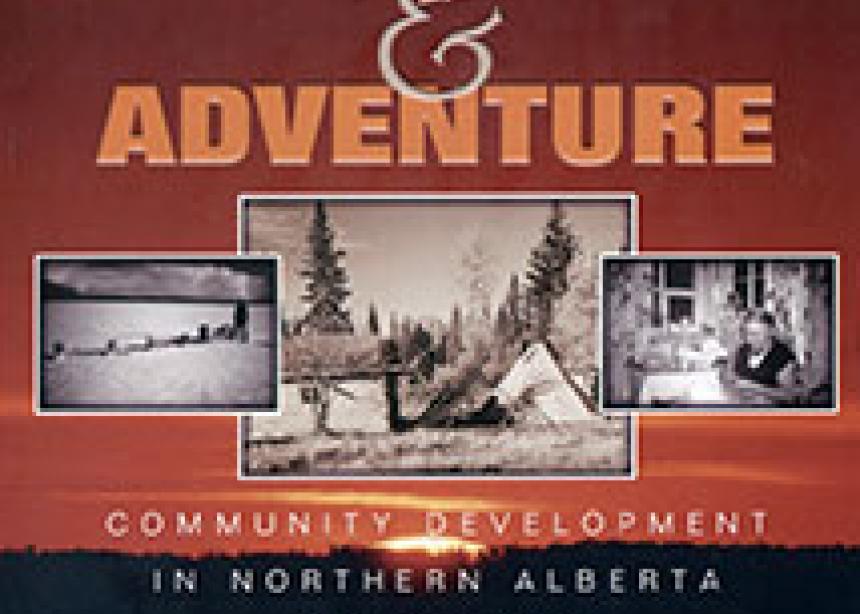 An estimated one-third of approximately 100 people involved in the program were graduates of Eastern Mennonite College (EMC) in Harrisonburg, Va., according to J. Daniel Hess, a retired Goshen (Ind.) College communications professor and writer who helped with the memoir. “They were dispatched with the mantra to ‘see what could be done to help people help themselves,” says Hess. “I find it incredibly interesting that so many EMU [Eastern Mennonite University] people became attracted to service in the ’50s and ’60s, showing a commitment to the church’s commission as well as a response to acceptable alternatives to military service.”

The memoir features stories of MVS work in Alberta, accompanied by photos, maps and several first-person narratives from former colleagues.

Mike Cardinal, the first indigenous Albertan to serve in government office, recalls the Mennonite influence on his childhood in Calling Lake, as does Professor Emma LaRocque, a Métis who benefited as a young girl from alternative schooling opportunities and who remains a lifelong friend of the Glicks.

“This book can be very helpful as we all seek to build bridges, and seek ways to help implement the 94 Calls to Action of Canada’s Truth and Reconciliation Commission,” says Jim Shantz, co-coordinator of Mennonite Central Committee (MCC) Alberta’s Indigenous Neighbours Program.

In 1955, Ike graduated from EMC with a degree in biblical studies and theology. Millie had graduated from Eastern Mennonite High School and completed one year of college. Unsure of their future, they volunteered for a two-year term with MVS, leaving their native Pennsylvania far behind.

After graduation, the Glicks bought a retired ambulance, affectionately named Gypsylyn, packed up their belongings and their year-old son, and headed west, hoping that it “would provide some clarity for our future,” Ike writes. “It did.”

The couple stayed in Calling Lake for 10 years beyond their two-year term. They lived in the isolated village of about 300 inhabitants at the end of 72 kilometres of dirt road surrounded by the bush land of northern Alberta.

“It was not difficult, it was different,” Ike says of their life.

He learned to fly a plane to reach settlements without road access. Millie learned to cope with wood stoves.

They first wrote memories of their time in northern Alberta to share with their children, but Hess encouraged them to add photos and self-publish the book for a broader audience.

During their time in Alberta, the Glicks, along with many other MVS members, engaged indigenous communities in much of northern Alberta, helping to build and teach in schools, to build and staff public health centres, and to help create sustainable economic opportunities. The latter included traditional beaded leather crafts and canoes.

Significantly, the volunteers built relationships in ways contrary to the traditional treatment of indigenous families at the time.

The Glicks raised five children in Calling Lake, as they responded to what they termed “unexpected compelling opportunities.” Eventually, Ike was offered a position with the government, working with first nations people on an economic opportunity project that had grown from MVS support into a larger business called Teamwork Enterprises of Alberta and McKenzie (TEAM). For this position, the family moved to Edmonton.

In 1970, Ike enrolled in a master’s degree program in community development. He often felt affirmed about voluntary service initiatives, since he could now relate theory to practice. He continued to work with indigenous people for the rest of his career.

“The experience was life enriching and life determining for us,” Ike says, sharing that close friendships developed with many of the volunteers and among indigenous residents.

Nearly 40 VSers—those who stayed in Alberta plus a few residents from elsewhere—reunited over the summer in Edmonton. “The bonds that were created years ago were still very evident,” Ike says. “We had a great time together.”

To order Risk and Adventure in Canada, email Isaac Glick at imglick52@gmail.com. 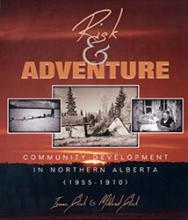 I read this straight through, start to finish, in one sitting. This is a gripping story that stirred my thinking and gave me hope for partnerships with Indigenous people. I hope many people read it!

In 1964 - 1966 I worked with Ike, Millie, Eric, Jan, and James. I made the jam labels for the Indian Arts program as well as tags for the handicrafts. my office was in the Glicks house.