The gifts of all 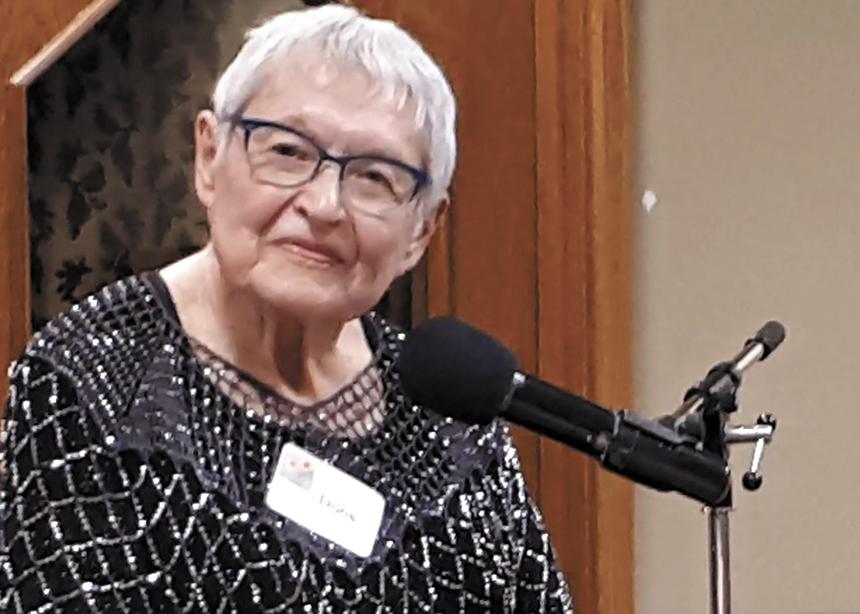 Doris Gascho, pictured in March 2020, was a mentor, pastor and the first woman to serve as conference minister of the Mennonite Conference of Eastern Ontario. 'As we celebrate the leaders who have gone before us, let’s keep finding ways to invite and encourage the gifts of all,' Virginia A. Hostetler writers. (Photo by Janet Bauman)

On March 8, 2021, International Women’s Day, I attended the celebration of life for Doris Gascho, who had died a week before, after many years of serving the church. Doris was a pastor in the mid-80s and early 90s and was the first woman to serve as conference minister of the Mennonite Conference of Eastern Ontario, from 1994 to 1999. She was also a mentor and encourager of many, as evidenced by tributes at a celebration of her legacy in March of last year.

My daughter and son, both in the millennial generation, have grown up seeing women at the pulpits and in other leadership positions in the Mennonite church. But many in my generation remember a time when that was not so. We also recall courageous women who sensed God’s call and bucked long-established traditions, stepping into new territory with courage and persistence. In the early 1970s, they began to find a place in pastoral teams, chaplaincies, conference roles and sole pastorates. Some began providing guidance as spiritual directors. Others contributed in the Mennonite academic world.

These women offered their gifts while navigating educational obstacles, financial challenges, family responsibilities, and expectations in society and in the church. Sometimes they spoke hard truths and experienced pushback. Sometimes they used their influence quietly, behind the scenes, to bring about needed changes among us.

As a young woman, I watched those leaders bring the perspective of women into our faith story in new ways, as they pointed to the liberating ministry of Jesus and expanded our language for God. They became models for how I might use my gifts in the church and the world.

Now is a good time to honour these women of God, pioneers on the path to more equality in the church. We thank them for how they offered new perspectives and encouraged us to build a church that is more expansive and inclusive of many types of human experiences.

Last year we saw the appointment of the first woman to serve as executive minister for a regional church—Leah Reesor-Keller in Mennonite Church Eastern Canada. In recent years, Mennonite Church Canada saw a woman serve as moderator, and two women are currently moderators at the regional level. Others help make decisions as members of Joint Council and in committees in their regions and congregations. Nominating committees continue to seek and invite them.

And yet, the work is not finished. Sometimes past patterns continue to limit the full expression of women’s gifts in the church. I ponder, for example, the proportion of male letter writers in our magazine: in the past two years only 26 percent of the entries in Readers Write have been from women. Why do women hesitate to make their voices heard publicly?

The committee compiling the new hymnal, Voices Together (VT), noted the shortage in previous collections of tunes and texts created by women. So they made deliberate efforts to increase the percentage of female contributors.

The percentage of female text writers in Hymnal: A Worship Book (HWB) was 14.8, as compared to VT, where the percentage of women increased to 27.2 percent. Only 9 percent of the tune writers in HWB were female, and this increased to 18.4 percent in VT, through the intentional efforts of the hymnal committee. They acknowledge that there is more work in cultivating and identifying those creative gifts among women and girls.

That intentionality must express itself in our life together as well. This is a good time to remind ourselves of the ways in which we in the church can be intentionally nurturing others—both women and men—toward leadership in our congregations and beyond.

And we must ask ourselves hard questions about the very structures that limit women’s contributions—the assumptions of patriarchy and the disparities among us. What are the factors that still make the path rocky for women leaders in the church?

As we celebrate the leaders who have gone before us, let’s keep finding ways to invite and encourage the gifts of all.

Read more editorials:
Celebrating the good
What are they doing with our money?
Hope in a bleak midwinter
Learning together, apart
First draft 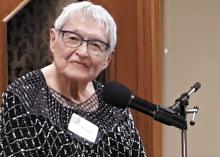 Doris Gascho, pictured in March 2020, was a mentor, pastor and the first woman to serve as conference minister of the Mennonite Conference of Eastern Ontario. 'As we celebrate the leaders who have gone before us, let’s keep finding ways to invite and encourage the gifts of all,' Virginia A. Hostetler writers. (Photo by Janet Bauman)