Is Future Directions a First-World problem? 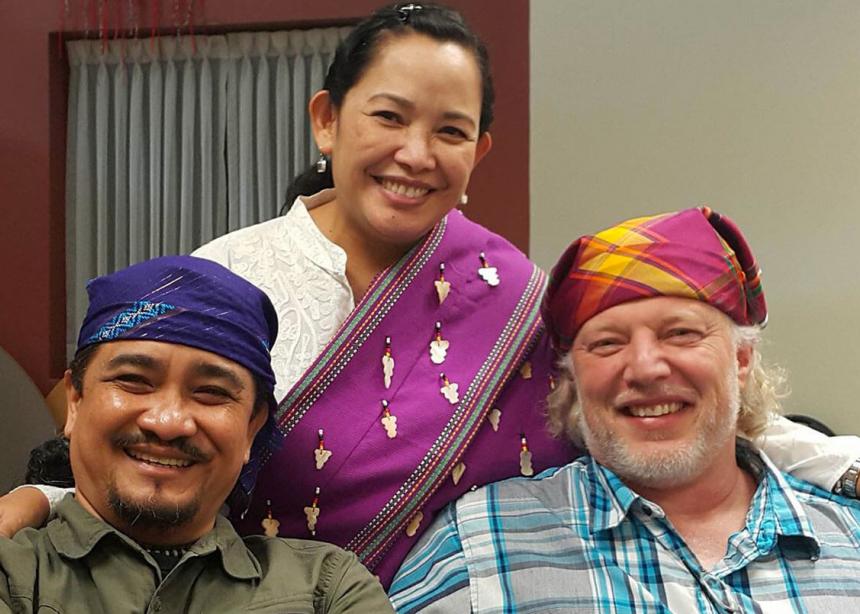 The Future Directions process is moving slowly and surely forward with a specific restructuring proposal and a timeline for downsizing proposals. Meanwhile, the notion of refocussing on the local congregation, which is central to the transition narrative, is generating vital questions about the importance of global perspectives in an increasingly nationalistic world.

First, the proposal. In line with earlier documents, the Jan. 26, 2017, proposal put forward by transition leaders calls for a major shift of resources from Mennonite Church Canada to new regional churches. Congregations would only give to, and be members of, these new regional bodies, not the national church. The national office would have a significantly reduced role. Sources say unofficially that MC Canada staff numbers are expected to go from the current 24 to less than 10.

The current proposal will be brought to area church annual meetings between Feb. 25 and April 29, 2017, for their input. Meanwhile, the nine Working Groups established by the transition leadership will do their work, and MC Canada and the current area churches will present financial information for last year and income projections for this year.  All of this, as well as the input of the Emerging Voices Initiative (EVI) and the Listening Group will be fed into the process.

Transition coordinator Keith Regehr says a more detailed proposal, incorporating all this input, will be put forward in late May or early June in advance of the special delegate assembly planned for Oct. 13 to 15 in Winnipeg. That proposal will need to spell out which work will be cut or scaled back in order to achieve the necessary budget reductions.

Staff at the Mennonite Heritage Centre, which houses an art gallery and archives, have already been released or given notice. The facility will be taken over by Canadian Mennonite University (CMU) as part of an arrangement that involves MC Canada, CMU and the Centre for Transnational Mennonite Studies at the University of Winnipeg. (See “New name, different ownership.”)

Like earlier Future Directions documents, the current proposal frames the transition as a refocussing on the congregation as “the primary place of worship and mission.” Proposed changes are supposed to allow the new regional churches to better resource congregations. At the same time, Witness work will need to be scaled back even more than it already has been. According to MC Canada, between 2007 and 2016, donation revenue used to support national and international work dropped from $1.74 million to $1.17 million.

These outreach reductions, along with a doubling down on congregational focus, creates a scenario in which we will be shifting resources from Witness efforts abroad to congregations at home.

Back in January, I asked César Garcia, general secretary of Mennonite World Conference (MWC), about the potential of Canadian congregations “sistering” with congregations in the Global South, in part to counteract this sort of shift. He responded with a call for a paradigm shift. I quote at length:

“Our Anabaptist ecclesiology emphasizes the local congregation till the point of losing a biblical view of God’s vision: ‘A multicultural global community made up from people from every nation.’ That is everywhere in the Scripture.

“In our theology, the idea of being an alternative community is great, but we miss it when we apply it just locally. An alternative community to the political powers of today requires a transnational, cross-cultural, global community that lives out the Christian values of interdependency, love and equality. That kind of community is the only way of showing the world that it is possible to overcome nationalisms and ethnocentrisms.”

Anika Reynar, one of the EVI organizers, said that while Witness initiatives worldwide and the global Anabaptist context were raised by some people at the consultations across the country, these matters “did not seem to be at the centre of the conversation.” She questions now why that is.

While Reynar, a CMU student, sees potential in the congregational model, she wonders “whether, in framing the transition process primarily in relation to the national church, we are doing ourselves a disservice by limiting our understanding of the church to nation-state and provincial boundaries, rather than imagining our churches here as part of a wider and vibrant global Anabaptist network.”

Dan Dyck, MC Canada’s director of church engagement-communications says the hope is that congregations will take more ownership of Witness work and that the regional churches will take on a greater role in promoting partnership opportunities between congregations and Witness work. “In some ways,” Dyck says, “this may turn out to be a test of congregational desire.”

Dyck notes how MC Canada Witness work is changing. In order to “ease the risks of bringing Canadian/North American baggage into international work,” he says MC Canada has hired Witness workers from non-European MC Canada congregations for ministry in their countries of origin, citing examples involving South Korea, Thailand, Colombia and Vietnam. But he notes that it has been challenging to find funding support for workers who do not come from traditional European backgrounds, as they do not have deep connections to the broader Mennonite church in Canada. “The question may become,” he says, “how can we change this?”

Dyck says he can envision strengthening ties to the global church in part through MWC, noting that “those are conversations that still need to be had.”

Dann and Joji Pantoja are Witness workers in the Philippines. Their funding dropped by 25 percent in 2016, while requests from communities for their services increased. “We’re tightening our belt,” they say in an email. “We’re scared. We’re also motivated.”

The award-winning social enterprise Coffee for Peace is funding much of the couple’s work, which involves spiritually rooted peacebuilding. They also value the partnership relationships they have with six MC Canada congregations. “We feel embraced by them,” they say. “We feel we’re safe in God’s hands because of the love of God’s people.”

Although experiencing “pain” in their “personal and organizational finances,” they are “determined to thrive, and not just survive,” because, as they say, “God, the Great Provider, is with us.”

As the Pantojas, in collaboration with their partners here and in the Philippines, spread a profoundly spiritual vision for peace, Garcia shares a related dimension of peace witness. “While political leaders speak about walls,” he says, “our churches are called to build cross-cultural and cross-national bridges, which can be done with the power of the Spirit only if we belong and act as a global church. We really need each other globally.”