Community: ‘The easiest way to live the Christian life’ 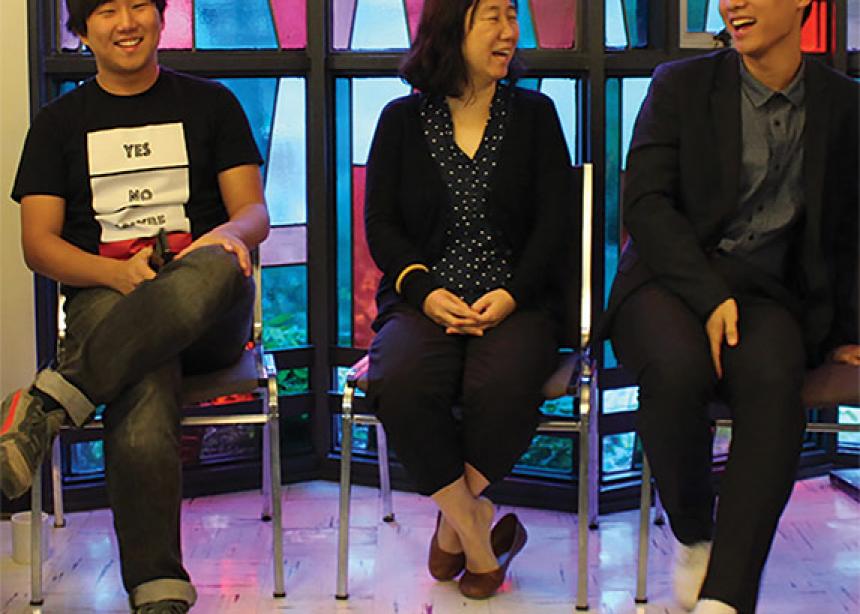 After 11 Koreans—two families plus two teenagers—began attending Point Grey in late 2016, interest in their intentional communal living was piqued. The 11, ranging in age from 11 to middle age, live in one home in Vancouver. They share meals, household tasks, money (one adult handles the finances), and all major decisions. They operate several home-based businesses, mostly of a high-tech nature, along with book publishing.

Sue Kim and her college-age sons, Chan and Caleb, were asked during a recent church service Q&A about their communal life. Sue said that, as biblical Anabaptists, they seek to follow the directions in the Book of Acts about living communally.

Implementing Jesus’ command to love one another by meeting once a week was not enough, she said. “It needs to be practised every day. Being responsible for each other is important.”

Their communal living started more than two decades ago in Korea, when the two couples spent time working with Youth With a Mission. Through that experience, they learned to live together and to regularly confess their sins to each other. Later, living together gradually emerged as a biblical and practical way of life. They left Korea in 2000, and lived in Pennsylvania, Ontario and Manitoba.

They were surprised to learn that the Amish, Hutterites and Mennonites have been around for more than 500 years. They had assumed their communal lifestyle was new, and rejoiced at finding groups that shared their Anabaptist values. They were inspired particularly by Hutterites and wanted to learn from them. Over time, they developed continuing relationships with Hutterite colonies on the Prairies and attended Carman (Man.) Mennonite Church.

The group returned to Korea in 2011, but after a few years decided to resettle in Vancouver. They were concerned about the influence of the “prosperity gospel” in Korean churches. The decision to leave Korea was accelerated by the South Korean government removing the alternative-service option, meaning that Chan and Caleb would be required to perform military service or face jail time. (Read more about a South Korean conscientious objector at “South Korean CO freed after 15 months.”)

“We believe in pacifism,” said Chan.

Caleb said that having a home-based business was important, since it provided an opportunity to serve each other and to work for the same goals.

Chan said that most people work in 9-to-5 jobs and are isolated from family. “We think it’s better to work and live together,” he said, citing a study pointing out that in the 2008 economic slowdown 90 percent of new businesses closed, while 95 percent of Amish businesses survived. “Community-based businesses have something to fall back on. . . . There’s risk minimization in communal work.”

With a prediction that 80 percent of current jobs will be replaced by technology by 2025, “it’s important for young people to band together to live and work together,” he said.

“Community is the easiest way to live the Christian life,” said Sue, adding, “You have to forgive and be forgiven every day.” When asked about the core value of their community, her answer was simple and profound: “Relationships. . . . Jesus said we should love. . . . It’s important to understand the other person. . . . We need to take time to listen and try to understand each other.”

She pointed out that both Korean and North American cultures affect the nature of faith communities. The Korean culture is communal and blends well with communal living, but a negative aspect is excessive reliance on one leader. This is seen in Korean churches. American culture is individualistic, an advantage in that every individual has a relationship with God, but North American churches can be too individualistic. Her goal for their community is to build a culture that fuses the good of both.

When asked about communal decision-making—for instance, if a teenager wants a motorcycle—Caleb said, “We all come together and decide whether it’s helpful [to the community] or not. If not, the teenager has to live with [the decision].”

And what if one of the young people marries someone not accustomed to communal living? “It’s my personal choice to stay [in community], and my future wife would have to agree to the communal life,” Chan, 22, said.

Their vision is to eventually provide a re-entry service for returning missionaries and their children. Sue said, “When missionaries return, there’s often a gap in their life. We want to help mend that gap.” 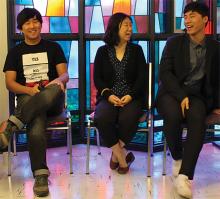 What a wonderful witness of Korean Anabaptists bridging Hutterian and MC understandings of discipleship. Is this the future? Our global brothers and sisters renewing our communion through new words and new deeds? Thank you for sharing this story.