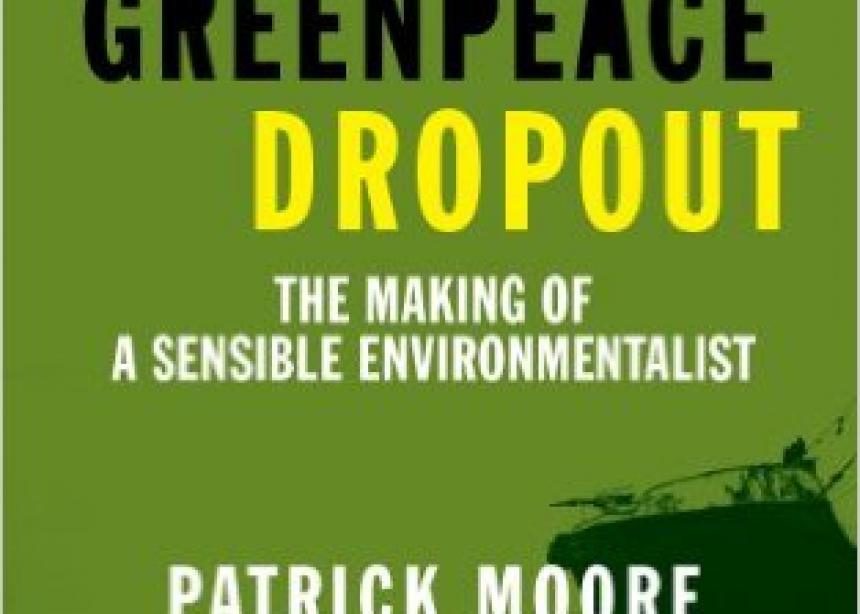 A reader of this magazine sent an e-mail admonishing me not to associate our Mennonite faith with the “fear narrative” of climate change. He provided some links to seemingly credible people who refute the common global-warming argument. My impulse was to either delete or politely—or impolitely—sidestep it. Instead, I took it seriously.

People on both sides of many issues scoff and sneer at each other, instead of engaging in mature dialogue. Just watch Question Period, raise same-sex issues with church friends or tell your lefty friends you’re studying the climate dissenters.

But experience has taught me the value of letting that initial impulse pass and then crossing the boundaries of my ideological enclave. So I propped a stone up against the door of my mind to keep it from slamming shut and I entered, for the first time, the realm of climate dissension.

I watched videos of Patrick Moore, the Greenpeace founder who has since changed his tune; Nigel Lawson, former finance minister under British Prime Minister Margaret Thatcher; Richard Lindzen, professor emeritus at the Massachusetts Institute of Technology; energy policy expert Alex Epstein; and others. I cross-referenced their arguments with reports of the Intergovernmental Panel on Climate Change (IPCC), NASA and seemingly official ice-monitoring organizations.

What did I learn?

2.  Science is not always scientific. You can find duly credentialled scientists on both sides of pretty well any issue. Many times the outcomes of funded studies predictably align with the bent of funders.

The popular notion that 97 percent of scientists agree about global warming is at best a dubious and decidedly unscientific assertion. Lindzen says science, which is commonly distorted by political agendas and financial interests, too often “becomes a source of authority rather than a mode of inquiry.” Groups find scientists to place in their corner, instead of engaging in genuine pursuit of knowledge.

3. Beware the graph. Facts are not necessarily as factual as we think. Stats are remarkably malleable.

4. It is not hard to poke holes in the arguments on either side. Both sides cherry pick data, focus on their strengths, gloss over their weaknesses, and refute the other side’s weakest arguments, instead of their best ones. They lazily seem to assume people will not do any double checking.

5. I cannot dismiss all climate dissension based on the assumption it is funded by big oil. I don’t believe it all is.

6. Among climate change believers, I found two key areas of uncertainty. First, within the past 150 years—the period of most accurate record and most frequent reference—the warming started before, not after, significant greenhouse gas emissions. Second, the 114 different computer-climate-modelling tools that the IPCC draws on cannot yet account for the seeming fact that the warming trend has flattened significantly over the past 15 to 20 years.

Yes, last year was the warmest on record, but not as warm as the models predicted and not warm enough to bend the graph line significantly upward. The IPCC addresses this modelling shortcoming—which is foundational to its most basic predictions—but only by offering possible, as yet unproven, explanations.

In the end, it boils down largely to who you are going to trust and to what extent. I'm still inclined to take seriously the IPCC, but I have less confidence in their confidence, and less respect for the climate campaigners.

Wendell Berry—an elder in the progressive realm—says we should back off of apocalyptic predictions, whether religious or climate related, and, instead, focus on taking care of the actual places we live right now.

He also says the following: “I always suppose that experts may be wrong. But even if they are wrong about the alleged human causes of climate change, we have nothing to lose, and much to gain, by trusting them.” By trusting them, he means reducing “waste and pollution.” I agree that we should reduce waste and pollution, but to say we have nothing to lose is simplistic. We all need to be more rigorous in our analysis.

In part, I’m just using climate change as a case study. My point is, life is complex; we need to embrace that complexity. I found it invigorating and healthy to look carefully at both sides of an issue. We need to talk to each other. We need to be humble enough to accept our limitations and confident enough to venture straight into enemy territory with an open heart. I believe that is where we find creativity, community and maybe even God.

Thanks to Will Braun for his open mind on issues. In his recent survey of the evidence, I am sure he also contacted or researched folks who are active climate scientists, even some who are people of faith. One such person whom I recommend and respect is Katherine Hayhoe and she may be contacted through her web site. Keeping an open mind is always good and always difficult! Best regards, Don

I was intrigued to read Will Braun’s latest column on climate issues in which he emphasizes the need to keep an “open mind” to climate-change dissenters. Is this column an attempt to be an agent provocateur? If so, it seems he was successful in getting me engaged! I am concerned however, that others may not research the climate-change deniers cited in this article and therefore people like Greenpeace founder Patrick Moore get even more air-time, which is very concerning. Described as having “.. gone from defender of the planet to a paid representative of corporate polluters” (Greenpeace statement on Patrick Moore), he is hardly a credible resource on this issue.

As mentioned by commentator Don Dyck, Katherine Hayhoe, an evangelical Christian and climate scientist, is a fount of knowledge and the resource I turn to when I come across these discussions.

For persons who wish to learn more about divestment which Will Braun writes about in a January column, Trinity St.Paul’s United Church in Toronto provides resources to help congregations divest from fossil fuels and re-invest in alternative energy: http://www.trinitystpauls.ca/climate-justice/. As the first faith community to divest from fossil fuels in Canada in Feb 2014, it has proven beneficial in many ways, including financial. A key member of the group that instigated this initiative is former Greenpeace executive Jeanne Moffat.

Dear Anne Nikkel : An unsubstantiated character attack on someone like Patrick Moore and referring to the cited scientists or anyone as a "climate-change denier" (a.k.a. holocaust denier mentality) is beneath the level of Christian love, tolerance and respect we are to exhibit to our fellow man. The "climate change narrative" is not just a narrative of fear but seems to always devolve into a narrative of intolerance and closed mindedness, we should not fall into that un-Christlike mindset.

How unfortunate that Will Braun chose to examine the claims of outliers who disagree with the scientific consensus (and yes, there is one) on the hugely important issue of climate change. The fact that most of these outliers are funded by the industry that has the most to lose in the shift to clean energy should give one pause before giving their arguments the equal weight with those of NASA, NOAA, the US and 10 other Academies of Sciences, The Geological Society of America, Canadian, American, and British Medical Associations, etc. as well as the IPCC.
Mr. Braun's exercise in climate denial demonstrates not only the complexity of this issue but also the persuasiveness of those opposed to shifting to a clean energy economy. Unlike other "case studies" in life, which can be debated and discussed indefinitely with little or no impact on future generations, the experts (not just the IPCC, but also impartial organizations like the International Energy Agency) warn that the next five or 10 years are crucial in the move to power our economies with clean energy. Mr. Braun and others who would give credence to the handful of voices arguing against this shift would do well to consider the warning of Matthew 7:15, "Beware of the false prophets, who come to you in sheep's clothing, but inwardly are ravenous wolves."