The challenge of diversity

A call to discernment and transformation 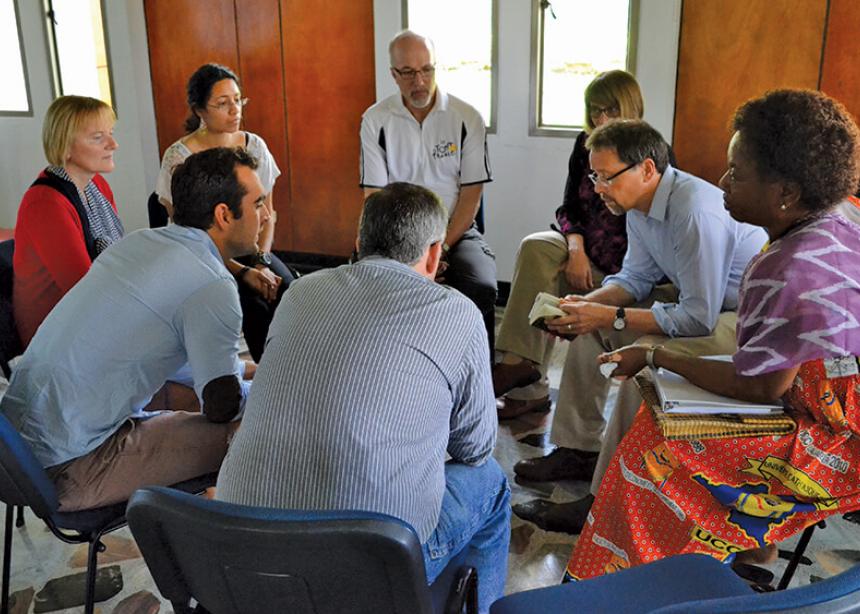 Still, at times questions arise and we find ourselves irritated. Diversity is also a challenge! Are there limits to this diversity within our global Anabaptist family?

In order to reflect on this challenge, it is necessary to first clarify our identity. This poses a challenge in itself! If we are to explain who we are, we usually tell our story. What are the “shoulders we stand on?” Even those Mennonite communities that do not trace back their genealogy to the European Anabaptists of the 16th century will refer to that particular history, because at some point they have adopted that story as part of their own identity. And even if we might relate to this history in a critical way, we still use it as a reference point in order to explain who we are and to seek orientation in today’s questions of identity and diversity.

Anabaptism has never been totally homogeneous. Diversity has been a challenge within the Anabaptist movement from its very beginnings in the Reformation era. This movement did not start with a single understanding of a new face of the church, but rather developed different ideas in the many struggles in various contexts of Europe. Slowly, uniting principles emerged and provided opportunities to strengthen each other over against the dominant church of the Middle Ages.

While sharing the key insight of Reformers like Luther, Calvin and Zwingli—the conviction that we are saved by grace through faith alone—these Anabaptists embraced a more radical understanding of the church as a nonconformist faith community of committed believers. The most obvious expression of that conviction was believer’s baptism, a radical act based on an individual confession of faith and made out of free choice. These Anabaptists rejected any state or church authority to prescribe a certain interpretation of faith. Instead, they opted for a non-hierarchical and non-credal model of a “priesthood of all believers.”

As the movement grew, it became obvious that only a congregational structure of the church would be appropriate. Without the top-down leadership of priests and bishops, the congregation would engage in joint Bible reading and the sharing of insights as a means to discern the will of God. How to follow Christ—as most clearly expressed in the Sermon of the Mount—became the primary concern.

Claiming this freedom of conscience and faith obviously posed a threat to the existing powers of church and state. Many of the first- and second-generation Anabaptists paid with their lives.

A history of discord and schism

All of this is part of our common story as Anabaptists. It shapes our identity as individuals and as congregations in different contexts, as well as our way of being church together.

Yet even as the early Anabaptist movement knit together individuals and groups with varied yet complementary ideas about how to practise Christian faith, disagreement occurred. Our story is also marked by discord and schism—difficult parts of our story to which we still need to relate. In retrospect, we might observe that such discord is quite contradictory to the faith claims made by our early brothers and sisters.

For example, disputes about the appropriate amount of water to be used for baptism or the kind of music to be played in the worship service became reason enough to go separate ways and to condemn each other. Patriarchal behaviour, the misuse of uncontrolled power and the victimization of individuals, and the stigmatization of whole groups as “heretics” are all as much a part of our story as they are for other churches.

The inability to live up to the precious theological insights of the earliest Anabaptists can be quite disillusioning. While we continue to claim, as did our founders, that the congregational model with believer’s baptism at the centre provides the highest possible degree of diversity within church—since it puts so much trust and respect in the individual—it seems that we have continuously failed to prove its legitimacy and practicability.

Yet another identity marker of all churches of the Reformation is our common conviction that the church is semper reformanda (always to be reformed). We claim the liberty and the responsibility to renew the church in every generation, if that seems necessary and appropriate to new insights.

Today, we find ourselves in the global community of Anabaptist-related churches: Mennonite World Conference (MWC). It is here that we have learned to respect and value diversity. Different cultural expressions, manifold ethnic identities, contextual biblical readings and theologies, and differing authentic ways of celebrating God’s love, all constitute the richness of that community. We have learned to receive this diversity as a gift from God, since we understand now more than ever that diversity and unity are not contradictory, but complementary dimensions of that one creative movement of God. MWC is first of all that space wherein we give thanks and enjoy that richness together.

However, there is a risk that this celebration of diversity can become quite superficial if we take a tourist-like approach—a “cheap unity.” As long as the diversity in the global family does not challenge the powers in the local church, it will be quite easy to accept all kinds of opinions.

Are we ready to allow others within the global family to challenge our traditional way of believing? Are we ready to really tolerate (to bear with) the other? Would we really change a certain opinion or behaviour if another feels offended by it?

I envision MWC also as a space wherein we discern together the limits of our diversity, a space in which we hold each other accountable. That work might at times be difficult, frustrating, even painful. Still, if we are not ready for that challenge, we will miss the key to a true community of faith in Christ: a “costly unity.”

Of course, such sentiments, although profound, must also be practical. How do we navigate the complexities of diversity today? In other words, what does it look like to practise this process of mutual discernment about the limits of our diversity? How do we hold one another accountable?

To answer such questions, it might be helpful to state two interrelated questions:

1. What are the unity-threatening issues?

How do we determine those issues on which we must stand united? For the prophets of the Old Testament, the limit of diversity was reached when a conviction or behaviour led to blasphemy. Whenever someone questioned the uniqueness and unity of the One God—the God who liberated the people of Israel from bondage and slavery—the prophets called for a clear and unambiguous confession. The same is true for the New Testament accounts: Whenever the lordship of Christ was questioned, tolerance no longer seemed to be an option.

In theological terms, this approach is called status confessionis (a situation when the confession to Christ itself is endangered). This was the case when the German Christians of the early 20th century gave into the absolute authority claim of the Nazi regime, even in church affairs. In opposition, the emerging Confessing Church issued the Theological Declaration of Barmen in 1934, in which they condemned the German Christians’ acquiescence to Nazi ideology and confessed the inalienable lordship of Christ as the sole head of the church.

2. How do we deal with these unity-threatening issues?

Today, Mennonites are well-known and respected as one of the historic peace churches. In facing challenges of diversity within the church, this nonviolent approach to conflict resolution has been a leading principle from the beginning of the Anabaptist movement. Yet we certainly cannot claim to be experts in mediation when it comes to internal conflicts.

Still, I want to believe in the wisdom and potential of that identity marker. If we hold on to that key conviction that Jesus called all his disciples to be peacemakers and to seek first the righteousness of the kingdom, then this characteristic of being a church of just peace has to inform our methodology of going about our own differences.

Primary questions to be asked in a conflict would then be:

I want to believe that the church of just peace implies a profoundly humble approach: Always to differentiate the absolute truth, which is only in God, from all our approximations to that truth. If we add that humbleness to our ambitious way of being a church of just peace, not only can the credibility of our peace witness grow, but we will also discover anew Christ´s ability to tolerate (bear) our diversities.

The worshipping community, gathered in God’s name, remains the ultimate space for mutual accountability. MWC has the potential to grow into such a community.

Fernando Enns is director of the Institute for Peace Church Theology at the University of Hamburg, Germany, and professor of peace (theology and ethics) at the Free University of Amsterdam, The Netherlands.

This reflection was originally published on page 6 of the October 2014 issue of Courier magazine.

1. Do you have Mennonite or Anabaptist-related churches in your community that are different from yours? How are they similar to your congregation and how are they different? Are these differences problematic or something to celebrate?

2. How do you deal with differences of opinion in your family or in your congregation? When is diversity of opinion a serious challenge and when is it only an irritant? What happens when we cannot agree on essentials?

3. Fernando Enns says that Mennonite World Conference has helped Mennonites to respect and value diversity. Do you agree? Can you think of examples of how you have learned to value diversity? What do you think Enns means by his comment that celebrating diversity runs the risk of “cheap unity”?

4. Why have Mennonites historically found it so difficult to peacefully mediate conflicts within the church? Do you think that Enns’s self-reflecting questions for conflict situations will be helpful the next time you find yourself in a serious disagreement? What words of Jesus do we most need to remember in times of conflict? 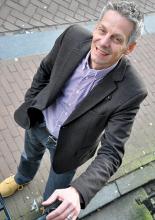