Bringing courage and hope to Burundi

Former child refugee is making a big difference in his homeland 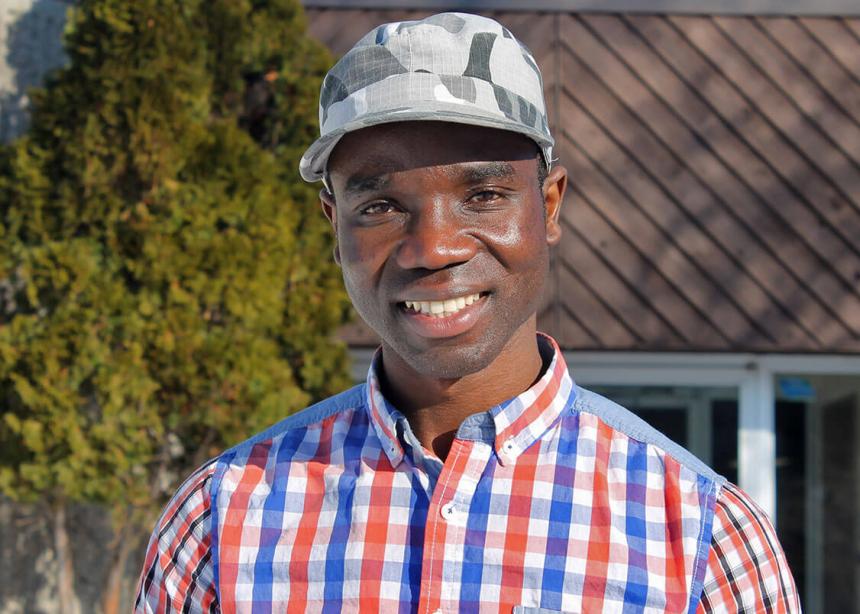 Jackson Nahayo knows a thing or two about turning tragedy into triumph.

Left for dead as a child in the jungles of his native Burundi by the rebel soldiers who kidnapped him, he eventually made his way to Canada. After receiving his education, he returned to the East African country from which he hails to start a community hospital.

“When I came back [to Burundi] . . . I asked myself, ‘How can I help with issues like malaria? How can I bring courage and hope?’ Because no one was doing anything,” he says.

The 31-year-old shared his story during a presentation at Canadian Mennonite University in Winnipeg last month. It was part of a three-month visit to Canada, during which he travelled around the country telling church groups and a variety of other Christian organizations about his story and the work he is now doing.

Nahayo was just 6 when war broke out in Gasenyi, the village in Burundi in which he lived with his family. A rebel group kidnapped him, his sister and a number of other children, and took them to their camp in the jungle. Raised in a Christian home, he told his captors repeatedly over the next six months that what they were doing was wrong and that some day they would experience God’s justice.

Eventually, the rebels left Nahayo for dead. But he survived. Separated from his sister, and believing the rest of his family to be dead, he fled to Congo and then to Zambia.

In Zambia, he met Rob Neufeld and Lois Coleman Neufeld, two Winnipeggers who were working for Mennonite Central Committee. He moved in with them and began going to high school. When the couple moved back to Winnipeg, Nahayo joined them.

After he graduated from high school in 2005, a friend of his found out that his family members, including his sister, were still alive. He travelled to visit them. While the reunion was joyful, the poverty and lack of resources in Burundi troubled him.

He returned to Canada, dreaming of building a clinic in Gasenyi. He worked as a tree-planter in the summer and on oil rigs in the winter so that he could make as much money as possible to send home. Eventually, he earned a nursing degree through the University of Manitoba and Red River College so that he could gain the skills he needed to help people in his village.

At the same time, he started a non-governmental organization called Canadians Enabling the Education and Development of African Youth (CEEDAY), which raised funds to build a resource centre that helps orphans.

In December 2012, Nahayo returned to Burundi with a 12-metre shipping container full of medical equipment and built the Ubuntu Medical Clinic. He has lived and worked there ever since.

Today, the clinic provides healthcare to thousands of people in the area who have been affected by constant civil war and serious violence. The 32-bed hospital, which also includes supporting agricultural proj-ects, has a staff of 22.

Although he has always kept a positive, upbeat attitude in public, Nahayo admits that he was angry with God before he discovered that his family was still alive. He describes the day he was reunited with his family as the day his heart started to heal.

Many educated young people in Nahayo’s position might decide to turn their backs on their home and live more comfortably. For him, though, that’s not an option. He wants to see his fellow Burundians prosper. It is his home, after all. As he says, “[Burundi is] where my umbilical cord is buried.”

The DeFehr Foundation in Winnipeg is accepting donations for the Ubuntu Medical Clinic. One donor has pledged to match all 2017 donations, dollar for dollar. Learn more at ubuntuclinique.com. 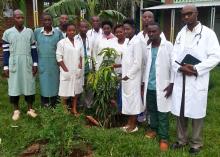