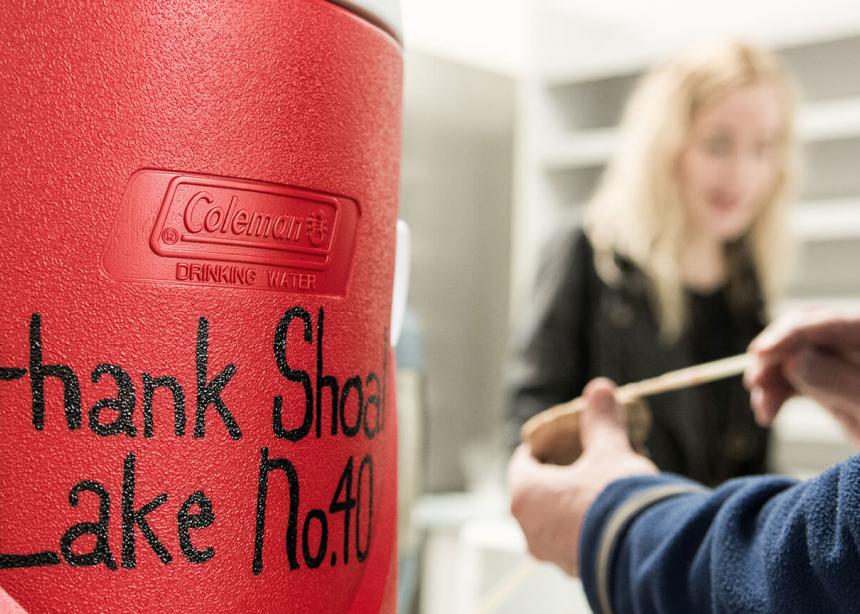 The project that took Manitoba churches by the heartstrings nearly two years ago is finally making major gains. Early last month, the federal and provincial governments struck a financing deal with Chief Erwin Redsky of Shoal Lake 40 (SL40) First Nation that sealed the future of Freedom Road, an all-weather route that will link the community with the Trans-Canada Highway, enabling residents to access jobs, medical care and improved infrastructure.

Eileen Clarke, Manitoba’s indigenous relations minister, says construction is imminent, but the work cannot start too soon to suit the locals of SL40, a man-made island straddling the Manitoba-Ontario border. When the ice is thin, the only way in or out is by a reserve-owned barge. Two days before the funding deal was settled, the barge broke down, leaving as many as 40 residents stranded on the mainland in the winter cold.

At the turn of the 20th century, SL40 was cut off from surrounding communities all but overnight when Winnipeg city planners built the aqueduct that has channelled in the Manitoba capital’s fresh-water supply ever since. It is a fact that carries bitter irony, as the isolated first nation community has been under a boil-water advisory for nearly 20 years due to its own insufficient water-treatment infrastructure.

Across Manitoba, Mennonite congregations are celebrating the recent victory. Jeff Friesen, associate pastor of Charleswood Mennonite Church in Winnipeg, says that for member congregations of the Churches for Freedom Road Campaign, “this is good news,” but there is still a long way to go.

“It is crucial that the momentum gained during the Freedom Road campaign continue,” Friesen says. “If we, as churches, desire to model a better way of relating to the people of SL40, we must begin to walk alongside them on their quests for justice. The story is not done with the creation of the road; much more is still needed. For example . . . it’s imperative that the people of SL40 be properly consulted and included in the construction of the road. It has to be a job source for the community. If it becomes clear that the province is moving forward with the creation of Freedom Road, but leaving the first nation out of the picture, my hope is that churches could then help augment the calls for justice.”

Friesen adds that people looking to lend their support may find a resource in the group Friends of SL40, a Winnipeg gathering of local indigenous and settler artists and activists “who work at creating initiatives across the city that seek to keep the concerns of the people of SL40 in the public eye.”

“A number of other people in our congregation have either already spent time at SL40 or are organizing ways to get out there in the future,” Friesen says. “This gets me very excited! There is a desire among some of our members to continue working on this relationship, something that extends beyond the creation of Freedom Road.”