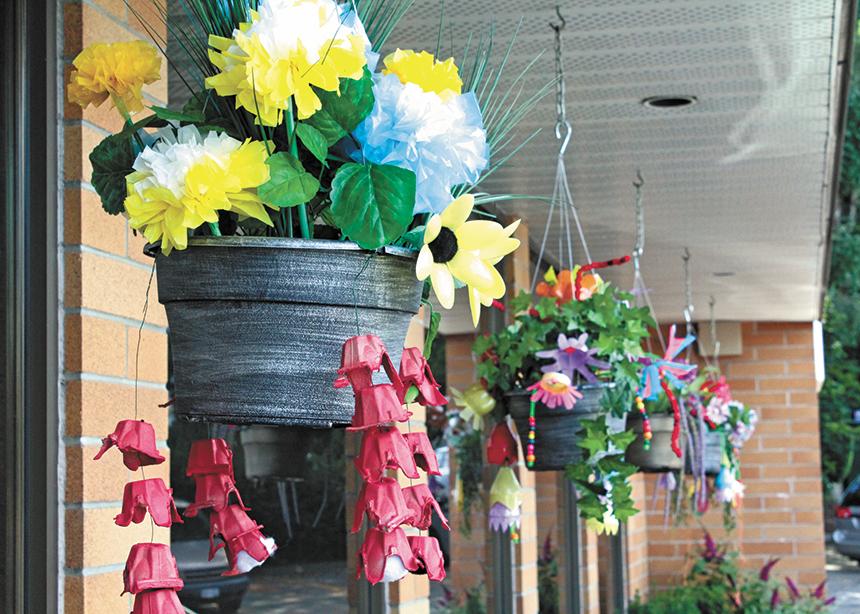 In the early summer the staff at Communitas Supportive Care Society arrived at work to discover that someone had stolen the floral hanging baskets from the front of their office building. All ten of them. The discovery was met with anger, outrage, frustration, and disbelief: We should totally do a social media post about this! Who would do such a thing? Why would thieves target a charitable organization that supports people with developmental disabilities, mental health challenges and acquired brain injury? Do the thieves even know what Communitas does? If they did, would it have made a difference?

As staff continued to process their feelings, the conversations about how to respond began to take an interesting turn. Simply replacing the baskets seemed futile and yet it felt like a response was necessary. That’s when some started to ask how we could turn this negative into a positive.

“Several people wondered what the ‘Upside-down kingdom’ response to this theft would be, asking how we could respond in a way that was healthy and unexpected,” says Karyn Santiago, CEO for Communitas. “A few of our creative staff did some brainstorming and we came up with a wonderful solution.”

That solution was the Blooming Positive Project: ten hanging baskets of “flowers” created by both staff and people who are served by several of Communitas programs. The challenge was to create flowers using materials that were recycled, reused or repurposed. The flowers also had to be weatherproof since they would be hung outdoors. Along with these creations, participants in the project were encouraged to bring a donation for the food bank.

“We thought if we’re going to do something positive, then we should also be conscious of creation care,” Santiago explains. “By including a donation to the food bank, we turned the project from something that was simply internal to something that also benefits the community.”

After a couple of weeks of creative crafting, ten colourful flower baskets were rehung where the original ten used to be and a large box of non-perishable items was delivered to the Abbotsford food bank.

“I’m grateful for a creative and compassionate staff team who daily reflect the mission, vision and values of this organization,” Santiago said. “This Blooming Positive Project truly turned a negative experience into a positive celebration.” 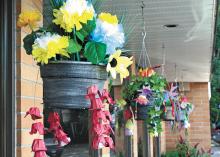 Thank you for sharing this good news story!