On becoming a better person

Meditation, true elders and a ‘mindful’ path to the cross: an antidote to striving and the corollary sense of inadequacy, an unholy duo that can put faith at odds with mental health 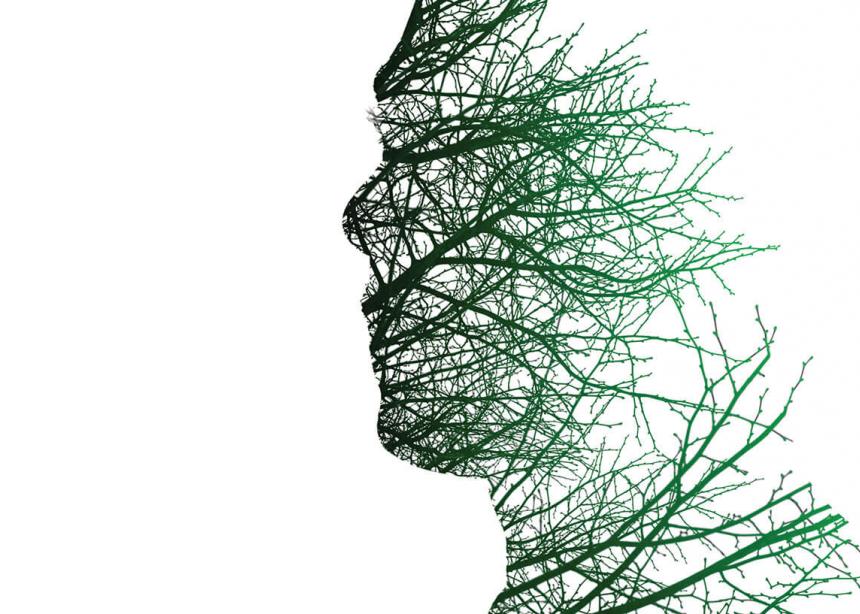 Although I had biked 21 kilometres to work and spent the hot day bent over in a vegetable patch just south of Winnipeg, I was still pushing hard on my ride home. I loved passing the hot-shot cyclists who frequented the same route.

On that day of particular exertion and clarity, my sense of drive was mixed with the knowledge that I was 36 and had peaked physically. I would get slower for the rest of my life. I could barely stand the thought.

But as my legs pumped, a further thought came to mind: I’ll push hard until I’m 40, then I’ll turn the corner toward the second half of life. I will try to prepare to be an elder—a person of depth and presence—and I will prepare for death. I feel foolish admitting this, but I believe life is, in part, a long lesson in letting go, with a big test at the end.

I’m 44 now, and still grappling with the shift. At times, I feel eager to let go of ambition, busyness and comparisons. But most of the time I am still pushing hard, with tasks to complete and things to accomplish.

Maybe that’s why it took me until now to read Richard Rohr’s 2011 book, Falling Upward: A Spirituality for the Two Halves of Life, and to take a course that is actually helping me turn the corner.

Rohr is a Franciscan monk and author. He says that most of church life is limited to what he calls first-half-of-life spirituality: a stage of defining identity, setting ourselves up in life and establishing beliefs. This stage is important, but Rohr says a majority of Christians never move to the next stage in which we lose that life we built in Christ. “Our elderly are seldom elders,” he laments, adding, though, “when they are true elders, we all fall in love with them.”

Elders in my life

I don’t grasp nearly everything Rohr writes. I’m not there yet. But I catch glimpses, partly because I’ve been blessed to be guided by various elders, particularly two Mennonite couples. In them I see the second-half-of-life depths that Rohr describes.

They are deeply rooted in church and Scripture but not wrapped up in debates and power structures. They exhibit great moral integrity but do not interrogate the morality of others. They rise above. They love and affirm. They listen. Rohr says, “If you talk too much or too loud, you are usually not an elder.”

They are quick to laugh, alive with delight, fun to be with. They taste and see that the Lord is good. They may have many tasks before them but do not act busy. They give attention. They are composed.

Rohr speaks of people who no longer need to prove that their “group is the best” or their place in society deserves superior treatment. They have, in a sense, died to self, their lives now hidden in Christ.

I recall elders interacting with a college-aged friend of mine who was losing her faith. While I formed arguments and felt threatened, they listened and created a tender space for her journey. I was awash in my own insecurities; they were rooted in God’s love.

But it’s easier to list qualities than to set a course for acquiring them. Rohr speaks of the need to “develop some concrete practices” for moving beyond the first stage of life, but does not expound on them.

In my search for such practices what I’ve found most helpful was an eight-week mindfulness course my wife and I completed last fall. Wary of self-help schemes, I accepted the recommendation of an equally sceptical friend because I wanted tools to become a better person, including help in taming my anger impulses. The obliquely named Mindfulness-Based Stress Reduction course was offered by Eden Health Care Services, a Mennonite-based mental healthcare provider in Manitoba.

While “mindfulness” has varied manifestations, I think of it in terms of meditation methods and a general orientation to life focussed on paying close attention: stopping to smell the flowers (God’s wonders), examining emotions, noticing my responses to various situations, and noticing the way the train of thought carries me off in various directions. It’s not about emptying the mind or achieving some state of advanced relaxation.

We did simple exercises to hone our ability to pay attention: from eating a dried cranberry very slowly and focussing on our breath, to sitting and trying to sit on the banks of our thought stream to watch how our minds jump from one thing to another.

The same course is offered by healthcare agencies throughout North America. It dates back to the 1970s, when Jon Kabat-Zinn adapted what he learned from the world of Buddhist meditation to try to treat those patients—many with chronic pain—for whom his colleagues at the University of Massachusetts Medical School could do no more.

At one point in my life, I would have dismissed anything Buddhist. At college, I rejected a visualization exercise as “new age.” These were good impulses. I cared about right and wrong, about purity and integrity.

With time, though, I noticed that the most devout and mature Christians I know do not get defensive. They are confident stepping onto slippery slopes—the only way to the mountaintop. Often in Scripture, wisdom comes from another camp. As Rohr notes, Jesus “made the sinner, the outsider, the gentile, the Samaritan, the woman, the Roman centurion . . . the heroes and heroines of his stories.”

Although Rohr is thoroughly Christian, he says, “[T]hrough centuries of meticulous and utterly honest self-observation, Buddhism has helped people see [the deeper, truer realities] in themselves probably better than most of the world religions.”

With confidence in my faith, I am happy to consider meditation practices rooted in millennia of experience. I also accept that some Christians see it otherwise.

We were asked to try to “suspend judgment and striving for the duration of the course,” and to “refrain from deconstructing” the course. I welcomed this challenge, recognizing that my soul was tired from a lifetime of analytical scepticism. The non-judgmental approach is about a calm acceptance of reality.

If my hammer drops when I am up a ladder (again!), I can curse the thing and give rein to thoughts of how little I am accomplishing (again!), or I can say in my mind: “I feel frustrated. It will pass. All I can do now is get the hammer. Accept reality. Take a breath. Take the next step. Let go of frustration. Like weather, it will pass.”

If I’m running late, fretting will not help. Breathe, proceed, perhaps give attention to why exactly tardiness irks me. Mindfulness can create a buffer between our feelings and responses. It can also create space in which to investigate and work with emotions.

Sometimes this approach works. Often it doesn’t. On a day when my composure was wanting, my nine-year-old said, “Dad, I don’t think that course is working very well.” That, too, was a reality to gently accept.

Non-judgment is not abandonment of discernment, but simply recognition that constant assessments often send our minds on harmful and soul-corroding tracks. Judgment distracts us from presence.

Gentleness—a non-judgmental posture to ourselves—is another value essential to mindfulness. In one class we were asked to consider the common refrains we return to. Nearly everyone mentioned some version of “I am inadequate.” The mindful approach is to accept what is, believing there is more good in us than bad.

That is important because mindfulness practice entails endless failure. One set of tips we were given included Step 3: “When the mind wanders, gently bring it back to what you are doing.” Followed by Step 4: “Repeat Step 3 one billion times.”

It was profound relief to put aside judging and deconstructing, and to give myself permission to falter 70 times 7. Rohr gets at something similar when describing a movement from being right—by judging—to being in right relationship. “Every time God forgives us,” he writes, God is saying that rules matter less than “the relationship that God wants to create with us.” That is a path past judgment to gentleness.

Getting past ‘an unholy duo’

Mindfulness practice also invites us to put aside striving. Too much of my Christian experience, especially early on, was characterized by striving and the corollary sense of inadequacy, an unholy duo that can put faith at odds with mental health. Of course, we apply effort to life and to inner work, but we can let go of the need to control and the need for things to be ever different. True elders do not exhibit self-obsessed drive or distracted restlessness.

I try to remind myself each morning that the most important task on my list is the inner work of becoming a better person. Still, I find it incredibly hard to sit still and do the guided meditations. I try to quietly examine why that is, why I still strive and push.

Recognizing that neither Rohr nor mindfulness will suit everyone, my prayer is for faith communities that can nurture the profound letting go that might let us say, some day, that we have been crucified with Christ.

Like Rohr, T.S. Eliot, in “The Four Quartets,” points us tenderly onward, ever further in this quest: “We must be still and still moving / Into another intensity / For another union, a deeper communion.”

1. What are the qualities that make a person an admired elder in a family or commu-nity? What elders do you know and appreciate? Will Braun describes elders as people of “depth and presence” and says they are people who “exhibit great moral integrity but do not interrogate the morality of others.” Do you agree?

2. Braun says that life is a “long lesson in letting go, with a big test at the end.” Can you relate to this description? Is maturity something we can train for? Do you agree with Braun that devout and mature Christians do not get defensive?

3. Have you tried meditation or mindfulness training? In what ways can it be helpful? Braun says, “Mindfulness can create a buffer between our feelings and responses. It can also create space in which to investigate and work with emotions.” Why is it important to investigate our emotions?

4. Is a calm acceptance of reality something you strive toward? What suggestions do you have to foster good mental health in our families?

See more in the Focus on Mental Health series:
Walking toward wellness
Shimmering peace in the midst of darkness
Healing for soul and spirit
Mental health and ‘having faith’
Being the church in an age of anxiety
When mental illness drops in at church
Learning to let go
Students find relaxation through ‘puppy therapy’ 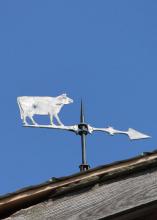