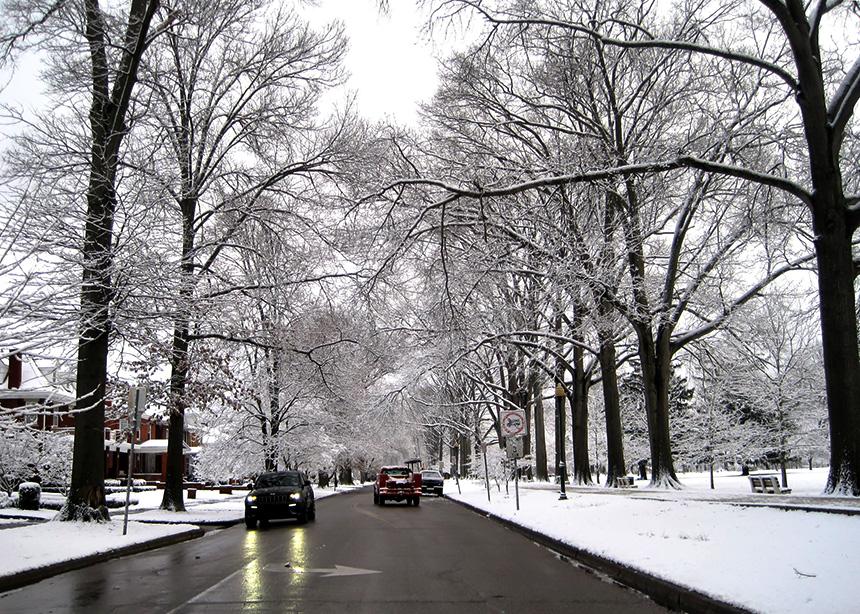 “I spy with my little eye, something . . . .” Most of you probably know the game. It’s one that has become a fun and important little ritual for me and my three-year-old daughter while I drive her and her sister to daycare in the mornings before work. Although it is only an eight-minute drive or so, that amount of time calls for this kind of “entertainment” for two little ones harnessed down into car seats.

Lately, I’ve been noticing something about playing I Spy with my daughter. The type of watching, looking or “spying” needed for this game is something I have become kind of unaccustomed to doing. Blame it on my generation or simply the times, but screens are ever before us. We seem beholden to images. And the way we seem to be trained to look around us in this screen-filled world is as passive watchers or consumers of images. A world of information and images is streamed at us.

But when I play I Spy on my morning drive with my daughters, the way I have to look and see and watch is very different. It isn’t passive at all; it is much more active. Rather than being shown what to see, I have to actively watch for something to see. I need to look for something that a toddler might also see, and that is a little trickier than you may think.

I won’t forget a couple weeks ago when, during her turn, she said, “I spy with my little eye something white.”

“The white truck beside us?” I asked.  Nope. “That big white sign over there?” I guessed again. Nope. Trying to re-evaluate for something inside the car this time, I guessed, “The package of tissue on the console?” No again. “I give up,” I said, assuming it was something we passed a while back.  “What do you see that is white?”

We both laughed at perhaps the most visible and ordinary thing to see outside on that morning, and my relative unawareness to it.

Advent is known as a season of watching, among other things. And as we work our way through many of the Scripture passages that make up the readings for Advent, it seems to me as though the kind of watching we are invited into is not the kind of passive, consumptive watching that much of our popular technology is forming us to practise. The watching and looking we are invited into during Advent is very active.

In Advent, we are guided to watch for something to see. We are trying to adjust the way we see to the way that God sees. I think this isn’t a matter of adjusting the scale of our sight, but the focus and attention of our sight. It is actively trying to pay attention to what God is paying attention to, which often—especially in Advent/Christmas—seems to be rather common and ordinary. It doesn’t seem as though God is paying as much attention to the most stimulating or spectacular in our world, even though we are so easily consumed with exactly that.

Perhaps this kind of watching that Advent reminds us of is something that little ones like my daughter can help reveal to us. After all, I Spy is just another way to invite the question that the night wind said to the little lamb: “Do you see what I see?” 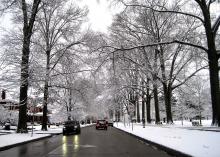